Acting so bad you wonder if they're doing it on purpose: BBC2's Close to the Enemy is to be avoided at all costs 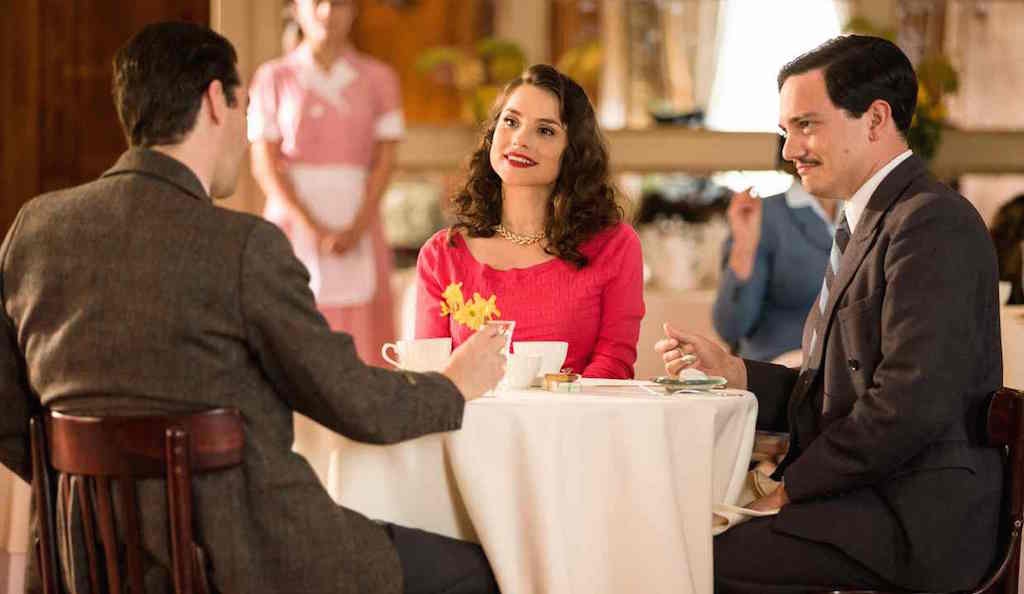 We've been spoiled with some really excellent TV drama recently. This autumn, you could choose between binge-watching The Crown on Netflix, worshipping The Young Pope on Sky Atlantic and even gathering to kiss the hands of Victoria on ITV. But, the BBC is still the natural home of period dramas and literary adaptations, so there were some high expectations for Close to the Enemy on BBC2. With its excellent premise, Stephen Poliakoff's latest show might just have been TV's autumnal crowning triumph. But no. Oh God, no. No no no. Close to the Enemy is terrible.

Set in post war Britain, amongst rationing, austerity and bomb rubble, the government is seen engaging in a plan to nab Germany's top scientific and industrial brains before they're snatched up by the Russians and/or Americans. Callum Ferguson (Jim Sturgess) and his colleague Mr Ringwood (Alfie Allen) are responsible for coaxing information out of a captured German jet-engine expert, whose daughter was unfortunately traumatised by her forced passage from Germany to England, which is why she screams incoherently at great length.

Most of the plot is bonkers: Blackshirts appear in vast numbers around London and must been beaten up by Ferguson's brother, which is weird beyond belief, as the British Union was made illegal in 1940; the hotel where Ferguson is keeping his German scientist in captive luxury is also home to a beautiful prostitute who stares contemplatively out of windows; and glamorous Americans who run amok with their bold lipstick, jazz music and seductive collection of oranges.

Taking liberties with the truth does not necessarily a bad period drama make. In amongst its stranger moments Close to the Enemy is trying to ask important complex moral questions. Unfortunately Poliakoff ruins it all with his terrible directing, which allows for the most offensively awful, inexcusably bonkers acting ever to embarrass itself on TV.

Every line delivered by Sturgess sounds like a bad Roger Moore impression as each word more blisteringly self-satisfied than the last, and pronounced with a painfully stupid upturned intonation. No one in real life has ever spoken like this or would be allowed out of a mental health institution if they did, and it very soon becomes almost impossible to tolerate listening to any more.

The rest of the cast are only marginally better: August Diehl (Inglorious Basterds) is the personality-free German engineer Dieter; Charlotte Riley (Peaky Blinders and the up-coming King Charles III) is one of the boring, sexy Americans and Freddie Highmore is sly Victor Ferguson. All sound as though they're acting badly on purpose, offering as much in the way of subtly as the second world war itself. Even the little German girl manages to cry unconvincingly – and at the end she slips into a really strong French accent, which is baffling.

Close to the Enemy offers nostalgic vision of England and reminds us of a time when the perils of extremism had been squashed, which is comforting in this new Trump era. Unfortunately, a hit of nostalgia does little to compensate for a weird story line and terrible acting. You'd be much better off watching The Crown, or The Young Pope or Victoria or, frankly, nothing at all.

Close to the Enemy