With Planet Earth II, David Attenborough presented the flora and fauna of the natural world. Here are the ones worthy of shiny prizes 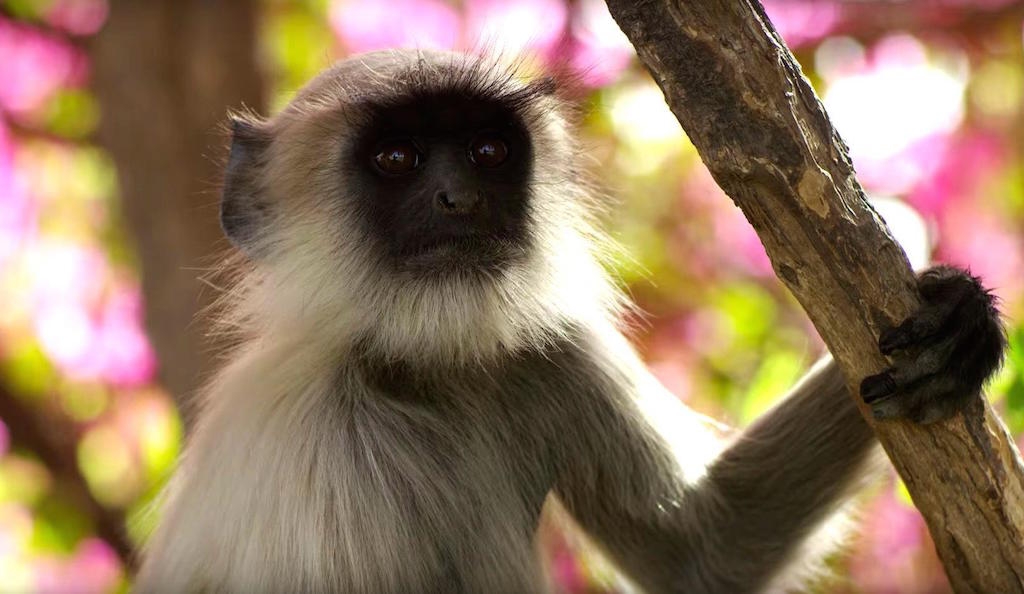 Planet Earth 2
All over the Internet, end-of-year culture-roundup lists are opening with the truism that 2016 has been a bad year. These lists usually go on to suggest that their contents have been valuable for providing solace or distraction in difficult times. Well, the world is always in turmoil, and a new Frank Ocean album doesn't make up for Trump. And Planet Earth II would have been a major achievement even if the last twelve months had been easy.

That said, the general reaction to Planet Earth II has been gratitude as much as awe, and it's hard not to see this critical and popular response as heightened by the difficult year behind us. It's been demonstrated that living with animals lowers your blood pressure; perhaps the BBC has just proved that spending your Sunday evenings with jaguars and beetles is a good way to lessen anxiety. Watching a harvest mouse abseil down a flower in slow-motion does make it harder to hyperventilate, we think.

The series' calmative properties wouldn't be possible without the show's stars, who have displayed, danced, and often died for our entertainment and edification. Accordingly, we'd like to take this moment to recognise the critters that have gone that little bit further. Not everyone can be a winner, of course, but there's always next year. Provided the nominees are still alive.

Kicking things off with a bit of controversy, the Culture Whisper judges have not awarded 'Best Dance' to the troupe of shimmying grizzly bears in 'Mountains'. Maybe the choreography was deemed too provocative; maybe it was just considered derivative of Rihanna. The judges' decisions are gnomic but final.

One thing is clear, though: whoever Jackson and Wilson are, their birds know how to bust a move. The widowbirds made a strong entry with their spring-loaded vigour, but the bird of paradise clinches the award with a delicate, almost Japanese dance best described as 'interpretive'. (Interpretation: 'please mate with me').

A tough category, considering the competition, and let's all have a minute's reflective silence in honour of those who just missed out on nomination (because they were devoured horribly).

There was no real question about the winner. Certainly the nominee has the popular vote, with a strong social media campaign not escaping the judges' attention, but there's no denying the intrinsic merit of this entry. Animals are always brushing with death; few scrape along it so hard that they damage the paintwork.

Upon accepting his award, the nominee said nothing. He just looked over the top of his sunglasses and lit a small cigarette.

Again, an easy win in this category. We all laughed a cathartic mocking laugh at the bobcat's faceplant and the red bird of paradise's brutal rejection, but consistent wince-chuckles were provided by the lions. Whether it was failing to catch things, failing to kill them, or just falling over, lions set the bar high for messing things up. In 2016, the king of the jungle tumbled off the throne. Then got hoofed in the face by a fleeing giraffe.

Maybe lions were advised that, being hardly new figures on the nature documentary scene, the only way to awards glory was a 'brave' deconstruction of their reputation as regal and powerful. Still, expect comprehensive rebranding in 2017.

Let's not pretend otherwise: this category is Culture Whisper's equivalent of the Oscars' 'documentary short'. It's the part of the ceremony when you stretch your legs and refill your glass of wine.

We like the plants. They're a vital and often beautiful part of this world, and the BBC have dutifully included some footage of vegetation in almost every episode. But there's a distinct lack of dynamism to Planet Earth II's flora that is only partially remedied by time-lapse footage. Our suggestion is that the nominees grow some teeth and start murdering each other.

Winner: Glowing fungus (because the video was easy to find)

When the BBC refer to something as 'the blind assassin of the desert', you're probably not imagining a wiggly furry ping-pong ball. But then you're not a sand-dwelling insect. Pretend, for a second, that you are, and watch the above clip with John Williams' Jaws theme playing on Spotify. Then tell us that your awww isn't tinged with mortal terror.

Strong competition came from the anteater in 'Grasslands'. The BBC introduced us to the bustling metropolis of a termite colony before showing it being torn apart by what seemed like a terrible building-sized demon, hell-bent on destroying the termites' world with its lovely snuffly tubular nose. This appearance was ultimately considered more of a cameo, but the anteater is considered a 'rising star' and is hotly tipped for future success.

The bouncing fox was too busy doing publicity for the John Lewis Christmas ad to attend the ceremony, but has reportedly sent the victor a gracious congratulatory note.

All the beasts that appeared in the BBC's 4K-resolution close-up have humbled us in some way, whether it's with their beauty, their resilience, or their immense and towering cuteness.

One, however, has stood out from the rest of the pack. With his sonorous vocals and beautiful white mane, it's with great respect and sadness that we acknowledge him as the last of his kind.

The entire globe is his territory. All beasts are his friends. There's nothing on planet earth quite like him.