Of all the wondrous David Attenborough documentaries, Planet Earth II will probably be the crowning achievement 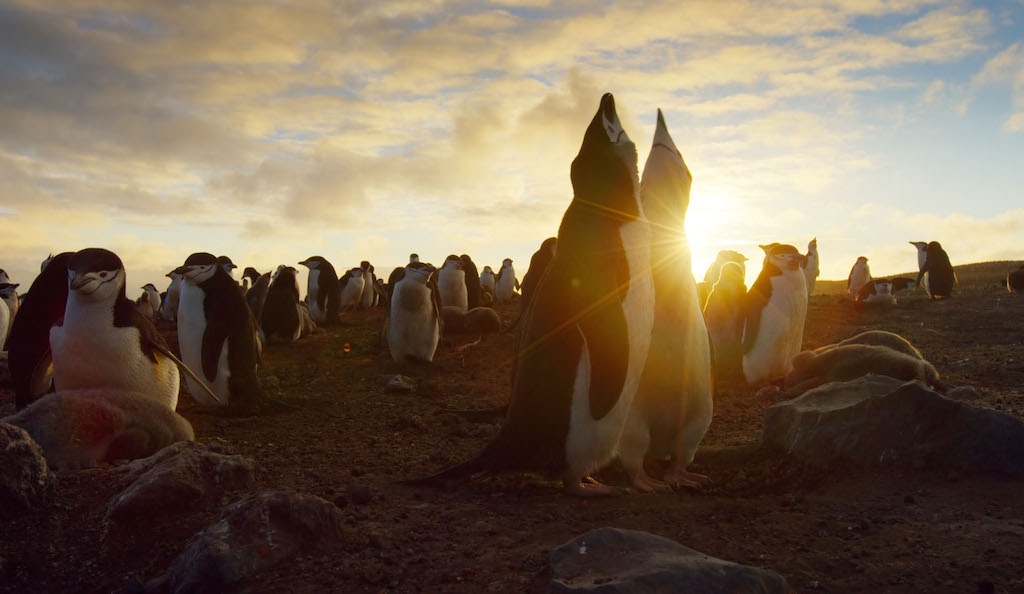 New David Attenborough - Planet Earth 2
Theme Music: Hans Zimmer. In case you thought that the BBC’s sequel to their epic nature doc Planet Earth was going to be a low-key no-budget affair, then this music credit should be a giveaway. The soundtrack composer for Gladiator and Inception can write music that ranges all the way from ‘grandiose’ to ‘cosmically epic’, and Planet Earth II demonstrates that whatever he can do for Russell Crowe he can also do for sloths.

If this wasn’t enough of a clue to the filmmakers’ large-scale ambitions, first episode ‘Islands’ opens with David Attenborough floating over a vast mountain range in a hot air balloon. To camera, he reassures us that this series will show us the natural world in a way that we’ve never seen before.

Even though your bombast-sensors have been fried by the Zimmer score, it’s hard not to wonder whether Attenborough's claim is an exaggeration. At this stage we’re all so familiar with his documentaries that we’ve probably seen more slow-motion cheetahs and wind-ruffled penguin chicks than real-life cats and dogs.

The Attenborough team knows this, and has upped its game accordingly. The result is something like the cinematic intensity and that Attenborough promised from his balloon.

One gripping scene involves infant marine iguanas hatching in the sand and immediately being chased by more snakes than seems strictly fair. The safety of the coastal crags is only metres away, but the snakes move with a horrible hydra-like synchronicity, threading out of the rocks all at once and gliding over the sand in pursuit. It only takes one to grab an iguana’s foot before they’re all twisted around their prey in a glistening knot. As drama, it's immensely entertaining – the filmmakers know how to make a baby lizard a hero to root for – but also profound: in the animal kingdom, the journey from cradle to grave can be bewilderingly short.

This profundity seems like the result of the filmmakers' serious commitment. They've watched the natural world closely for beautiful patterns and bizarre anomalies, and under such scrutiny the struggle of the natural world starts to resemble a long and violent billion-bodied dance. It’s the genius of Planet Earth II to make this dance seem perfectly choreographed.

Planet Earth II: Islands will be shown this Sunday at 8pm, on BBC1