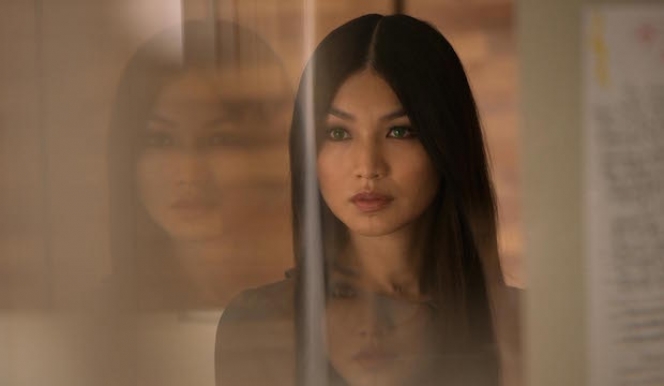 It's said that every bully most fears those that they've abused rising up in rebellion. It doesn't bode well for us that TV is full of that particular, technology related nightmare at the moment. The spate of shows featuring oppressed robots gaining intelligence, consciousness and the desire for revenge, from Westworld to the return of Black Mirror and now Humans on Channel 4, is disconcerting.

Season two of Humans brings back it's own brand of dystopian universe this week, picking up several months after the events of the first season. Here Niska (Emily Berrington) the murderous blonde lady robot, is still at large, seducing humans and in control of the consciousness code. The rest of the conscious robots are doing their best to find a new place for themselves and, in the case of Mia (Gemma Chan), feed their Stockholm syndrome by pretending that they're still unthinking bots so they can continue to hang around people.

Mia's former human family -- the people that owned her -- Joe (Tom Goodman-Hill) and Laura (Katherine Parkinson), are meanwhile attempting to mend their marriage after Joe's sexual advances on Mia. Their help will be required once again, as more and more robots gain consciousness and struggle to escape their human keepers.

The wonderful acting in Humans must surely account for it's popularity. There's tones of creepy robot behaviour, and so no need for an eye colour change to define when a robot gains consciousness, looses his inner robot-ness and is ready to start learning and feeling like a person. This is particularly well observed by the marvellous Gemma Chan, who is just sensual as ever, even struggling to remember how robots should behave she crushes on all the young men around her -- it's like Humans is actually just an iRobot/ Mean Girls mash up.

Co-produced with US network AMC, Humans was a big hit for Channel 4. It was Channel 4's highest-rated originated drama in two decades. We expect big things of season two, as the robotic rebellion gathers pace.