For Episode 4, Planet Earth 2 shows us around the world's most arid terrain – and reveals some of its scariest inhabitants 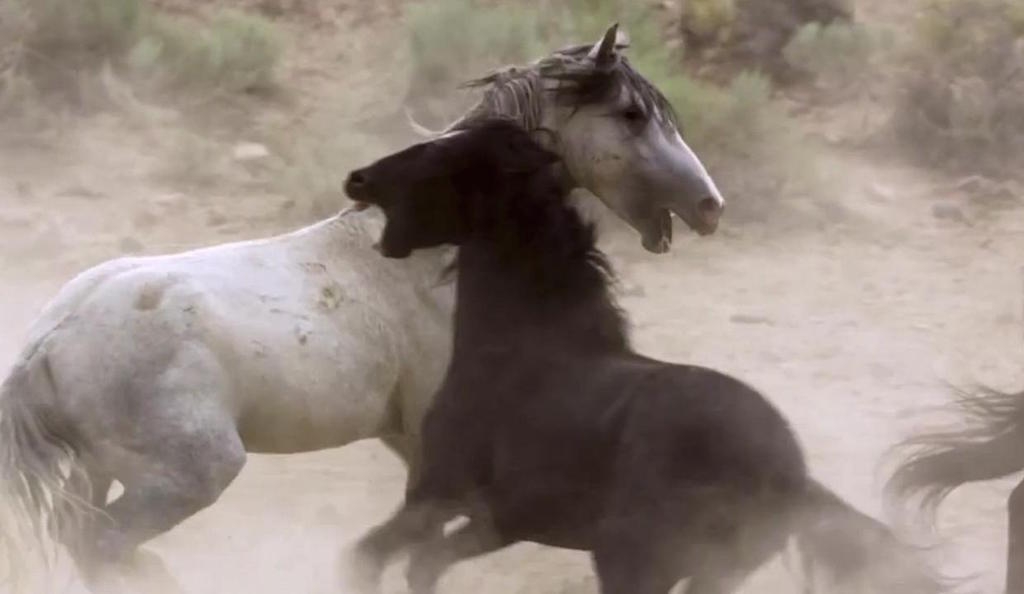 Mustangs in episode 2 'Deserts', Planet Earth II
Every new Planet Earth II episode seems like the best so far. Well, 'Mountains' was a bit of a come-down from season-opener 'Islands', but that's because everyone was still busy pulling on the socks they'd had knocked off them, and it still had those grizzly bears going full Baloo. Last Sunday's 'Jungles' was the BBC's most consistently incredible, with the savage spectacle of a jaguar picking off a caiman balanced with the meticulous stage-setting and glorious semaphore of the dancing bird of paradise. Does 'Deserts' top that?

It slightly depends on your tastes. Do you, perhaps, think that Team Attenborough has gone soft? Do you think the boogying bears were naff, and that the fluffy viscacha's should have been devoured while sunbathing? Were you even rooting for those bastard snakes, you heartless monster? If so, then 'Deserts' is the profoundly disturbing and borderline-psychotic episode for you!

It turns out that the most sinister and violent animals prefer to live in the back-of-beyond, probably because nowhere else will take them. 'Deserts' has its first chilling moment with Harris's Hawks, the only birds of prey to hunt in packs; but a gang-mentality in these cold-eyed rednecks isn't the worst of it. When the density of cacti make it impossible to launch an aerial assault, the hawks drop down onto their talons and stalk their prey on foot. It's redolent of the velociraptors-in-the-kitchen scene from Jurassic Park, except the cowering victims are ground squirrels rather than children, and instead of escaping they're horribly eaten. 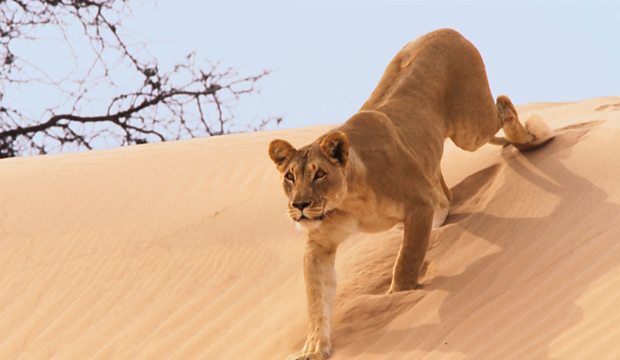 That's nothing, though. The aptly-named Butcher Bird has a novel way of storing carrion that unnervingly recalls something out of backwoods-serial-killer films. He's small and beaky, but clearly also a straight-up lunatic in the Texas Chainsaw Massacre mould. We don't care if he's 'feeding his offspring'. No one should decorate plants with corpses.

There's also a 'super swarm' of insatiable locusts that grow wings in a horrible David Cronenberg-esque transformation, and a snake with horns; even the adorable 'golden mole' yanks its prey under the sand like a tiny snuffly shark. The gruesome highlight is a stunning nighttime battle between a bat and a scorpion. In the eerie stark greyscale of the night-vision cameras, and without anything in the surrounding desert to give a sense of scale, the principals seem utterly alien in their hideousness and blindness, using only sound and ground-tremors to navigate each other. 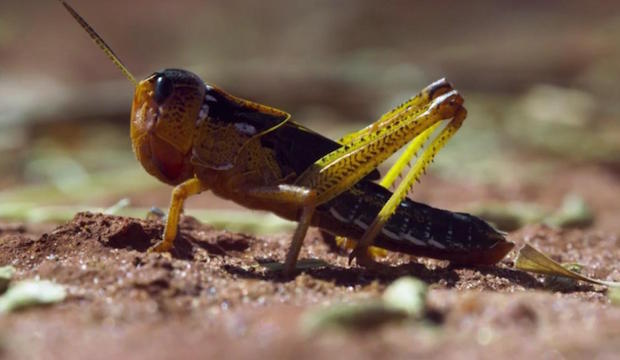 It's not all brutal carnivorousness. There are some spectacular landscapes that are, in a very literal sense, artistic: the salt canyons are reminiscent of Land Art of the 1970s, and there are some lumpy clay-y piles that could have been sculpted by Anish Kapoor rather than the eroding desert winds. Also artistic are the glorious Mustangs out in the Nevada desert. Even when they're biting chunks out of each other in a battle for supremacy, Planet Earth II makes you aware of how much more aesthetically satisfying they are than most animals, how much more painted and sculpted. Trust Team Attenborough to include some beauty in amongst all the brutality.

Planet Earth II: Deserts will be shown this Sunday at 8pm, on BBC1