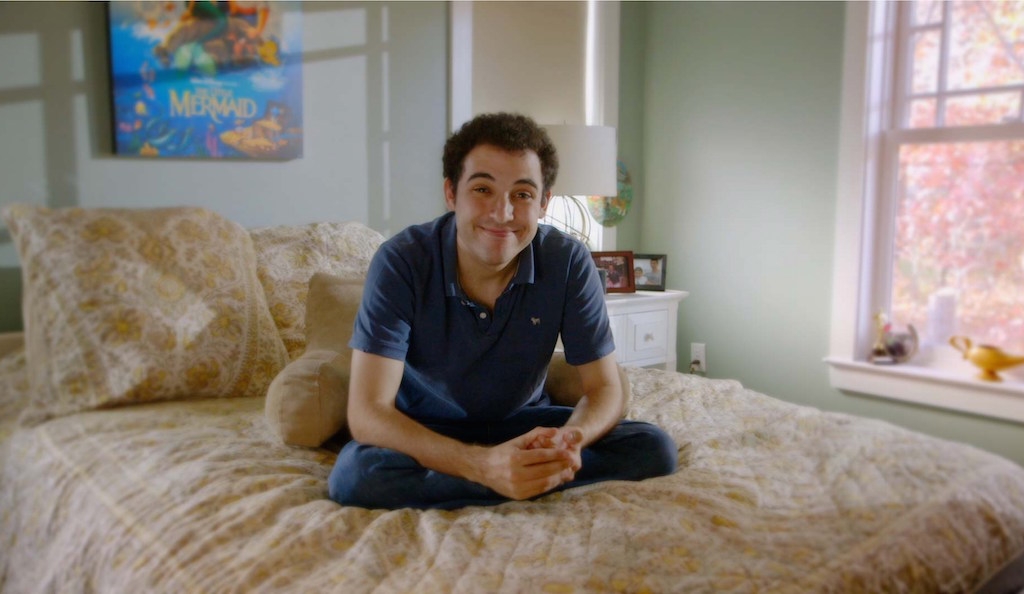 Owen Suskind – Life, Animated
Life, Animated has just snuck in at the end of 2016, but it's easily one of the most moving and effective documentaries of the year.

It tells the story of Owen Suskind, a young autistic boy who defied a gloomy prognosis to become a lively and socially active adult. What's unique about Owen's story is the role played in it by Disney animations. It was through repeated viewings of his VHS collection – including classics that will be familiar to everyone, like The Lion King and Bambi – that Owen learnt to understand a world that he found confusing and scary.

One of the fascinating aspects of watching Life, Animated is the sense of recognition that attends Owen's reliance on these narratives. Although it's hardly an advert for Disney, and was made without the company's involvement, the documentary demonstrates what is so powerful and compelling about these stories – not just for Owen, but for everyone. Life, Animated is a story about the necessity of stories.

We caught up with the film's director, Roger Ross Williams, and Owen's father, Ron Suskind, who wrote the memoir on which Life, Animated is based.

Read our review of Life, Animated

What is Life, Animated primarily about?

Suskind: This is a movie about someone who’s been left behind, based on the hand he was dealt, and who finds his inner voice. And as Owen often says: like the Hunchback, he was accepted ‘mightily into society’…

This is a reference to Disney's The Hunchback of Notre Dame, one of the films that Owen has found solace and understanding in. Cast out from society for being different, the Hunchback is ultimately accepted by the citizens of Paris. Interestingly, this idea of social exclusion has always been a theme in Suskind's journalism – which, it turns out, is no accident.

Suskind: I was at the Wall Street Journal when Owen was diagnosed in 1994… and what I found is that, not long after Owen was diagnosed, I began searching for ‘left-behind’ people around the world. It took some time to realise what was driving me, that the most profoundly left behind person I knew was actually living in my house.

There’s a moment in the movie where I ask him, as the Iago puppet, ‘how does it feel to be you?’ And I realised later that that’s the question I would ask subjects when I first met them.

The Iago scene is one of Life, Animated's most moving. Realising that his young son could engage with Disney characters in a way he couldn't engage with real people, Ron hid under a blanket and spoke 'through' Owen's plush hand-puppet of Iago (the sidekick character from Aladdin). 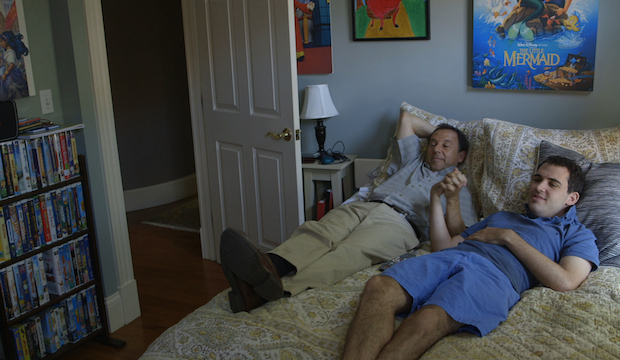 Both Ron and his wife Cornelia are journalists, so they're professionally good at drawing information out of reluctant or shy people. It also means that the interview with Ron takes an unexpectedly political turn into how storytelling – one of the main subjects of Life, Animated – can be co-opted for less-than-admirable reasons.

Suskind: What’s powerful in this connected age, the powerful expression of so much through image especially, is the power of narrative. We now understand more and more how these stories – these stories we tell ourselves and each other, the stories a nation tells itself – how these are narratives are enveloping, and shape us.

Certainly, Donald Trump, as a performer, has enormous skills in commanding public attention, in keeping eyeballs on him, and also in a way telling a story.

Director Roger Ross Williams has a more optimistic slant on the power of storytelling:

Williams: The reason why this film was so attractive to me was because I identify as a 'sidekick' [as Owen does]. Raised by a poor working-class single mother, never connecting to my religious community, being an outsider as a gay man… I identified with Owen because he feels people look past him. And I think a lot of people feel like sidekicks.

We tell Williams we'd never previously thought of the importance of sidekicks to Disney, or about how much the films would lack without those characters.

Williams: I didn’t think of that either until I’d met Owen – I didn’t watch Disney films growing up – until I started delving into this film, and I was like, wow, this is why Disney films are so successful.

What films did you watch growing up? Were there any that spoke to you in a similar way?

Williams: No, I didn’t really see myself in anything growing up, so I grew up creating my own fantasy world, alternate reality, which probably served me well – I learnt to live in my own head, like Owen. 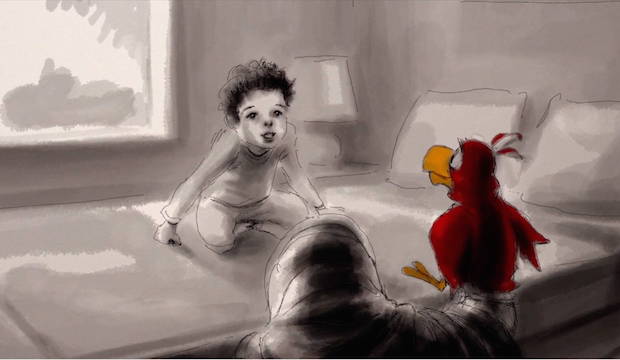 This shows in the film: there's very little distance between Owen's perspective and the audience's.

Williams: You experience the world through his eyes, and that was really important to me – that people understood who Owen is, as opposed to having an outsider’s perspective. People will come up to me after a screening and say ‘I never got it before, I never understood, but I understand autism now’. But there are also lot of reactions from people in the autism community, who say ‘I’ve never seen myself so clearly.’

It’s like what I experienced growing up ­– I never experienced myself on the screen, and I want to give them, Owen and his community, to see themselves.

Are you working against a particular entrenched perception of autism in cinema?

Williams: Hollywood is all about stereotypes. Ron has mentioned Rain Man (the1988 film starring Dustin Hoffmann as an autistic savant). Especially in the genre of documentary it’s always about some school or teacher or doctor, a 'hero' who’s trying to crack the code or cure or something.

But people with autism don’t need to be saved or code-cracked! They’re incredible people who are who they are, and they have things to offer us! And it was about flipping the way things normally are, the way these stories are normally told.

Do you feel you’ve been doing that with your previous films as well?

Williams: Well absolutely. It’s kind of my goal as a storyteller. It’s always a challenge. I learned that when I did a film called Music by Prudence [Williams' Oscar-winning documentary about disabled singer-songerwriter Prudence Mabhena] – I arrived at a school for children with severe disabilities, and I was incredibly uncomfortable. But by the end of the year I was doing wheelchair races with the kids. And making fun of them! I was so immersed in their world.

So when I got the point of making Life, Animated, I understood more deeply how important it was to tell the story from the point of view of a person like Owen.

At the end of our conversation, Williams then makes it clear why he makes films and considers himself a storyteller.

Williams: Prudence’s story is a fairy tale, with classic fairy tale structure, and Owen uses myth and fable to make sense of the world. There’s a reason we do this – these stories are powerful.

Life, Animated is in cinemas now