For finale Episode 6, Planet Earth 2 explores the urban jungles that we call home – and reveals the other animals that make their home there 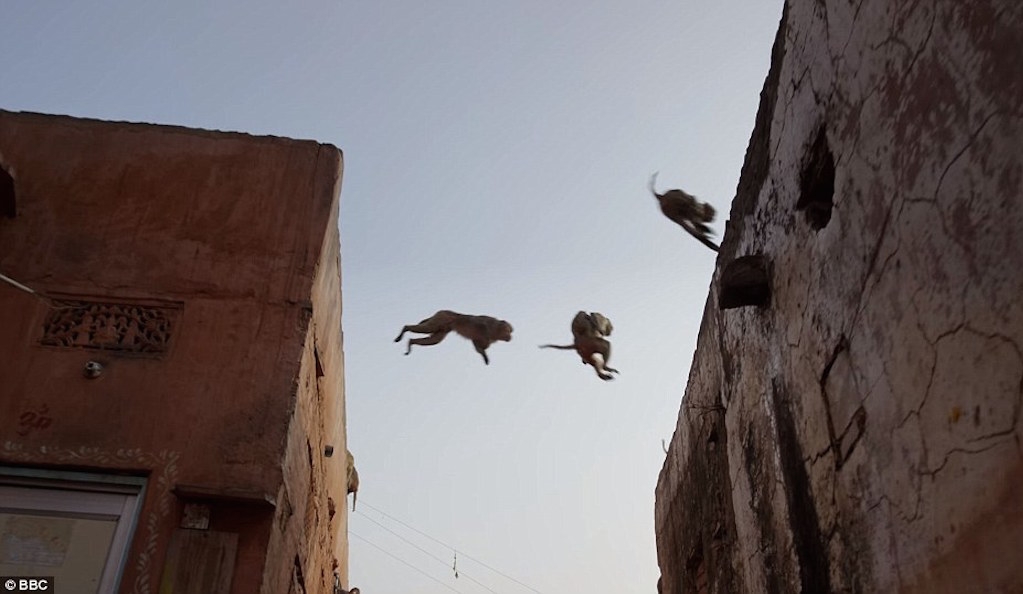 BBC: Planet Earth II
It's funny – Planet Earth II has done such a good job of establishing a pre- or post-human world that, when the BBC's cameras take in humans and human dwellings in 'Cities', it's faintly disconcerting. Wait, you think, we've been watching our planet? In this millennium?

It's been a gratifying to live in a fantasy world, over the past five episodes, in which the human species is either apparently extinct or only a twinkle in evolution's eye. David Attenborough has reminded us every now and again that the natural world is in unparalleled peril, but it's been easy, seeing nothing but lush plenitude onscreen, to keep this out of mind. With 'Cities', the guilty fact of our own existence is no longer deniable. Here we are, from Mumbai to New York, in all our nature-flattening sprawl.

The animals that manage to live here aren't like their cousins, who are all Hakuna Matata in comparison. The city-dwellers are savvy, opportunistic, unimpressed. The relatively swift change in ecology occasioned by urban growth shows 'survival of the fittest' in action; sped up and visible is the adaptation of the canniest and the decline of the unfortunate.

Some species find the proximity of humans to their advantage. Langar monkeys in Jodhpur, India, might scrap with rival troupes on rooftops, but on the ground they're treated with respect by a Hindu population that sees them as the earthly embodiment of the deity Hanuman. Similarly, hyena clans in Harar, Ethiopa, fight turf wars over a crucial access point to the city: the ones who get in are fed bloody scraps from butchers' shops. 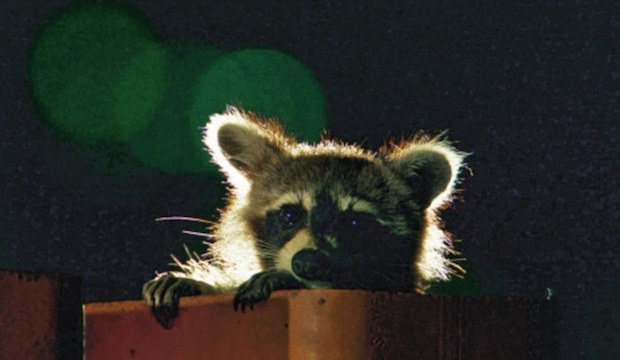 A Canadian raccoon peeps over the top of its hiding place

It's always a small shock to find out how offputting hyenas are (Attenborough acknowledges that they are perhaps the most villified species in existence). Their only form of locomotion is 'skulk' or 'lope'. They're a nightmare Moreau-ish combination of giraffe and pitbull, with the dead eyes of a shark. They snicker, horribly, with craven glee. And yet they can, it transpires, be fed safely by hand, and live in peace alongside perfectly edible humans.

Still, it's a relief when Team Attenborough direct our attention to raccoons in Toronto. Baby raccoons, it turns out, exactly resemble plush raccoon handpuppets, the kind you can probably buy in the ZSL gift shop. They don't skulk or lope; they gambol, they tumble. They inspire girlish glee in even the most masculine viewer.

We'll insist one more time that the most affecting moments of Planet Earth II have been the ones involving conflict among the smaller animals: the bats and scorpions, the wasps and frogs. The same can be said for 'Cities', but this time the battle isn't between beasts. Turtles hatching on a city beach are confused by the light of bars and shopfronts – mistaking it for the gleam of moonlight on the water, they take a wrong turn as soon as they hatch and flip-flop toward the road rather than the safety of the sea. Heartbreakingly, man of them end up stuck in storm-drains only minutes after hatching, or mashed into the tarmac by car tires.

The footage recalls how the series began: the baby iguanas of 'Islands' also faced death as soon as they'd cracked free of their eggshells. But while there was something joyous and hilarious in the (now famous) little lizard's escape from snakes, the young turtle's fate is depressingly final. Planet Earth II has shown us how, in the fight for survival between animals, nothing is certain; but it ends by showing us how our strange new environments have stacked the odds against even the pluckiest creatures.