Sick Note season two: everything you need to know

Sick Note season two: everything you need to know Sick Note season two: everything you need to know Helena Kealey
We can't tell a lie. We weren't blown away with the first season of Sick Note on Sky One. It had none of the subtly and understated humour that normally defines a good comedy starring Nick Frost. Just an awful lot of over-dramatics.
d
TRY CULTURE WHISPER
Receive free tickets & insider tips to unlock the best of London — direct to your inbox
Harry Potter's Rupert Grint is a layabout stoner who lies about having a terminal illness. Nick Frost as Dr Glennis is a man so incompetent he botox-ed his own face (and he got through medical school how?) before misdiagnosing the hapless Daniel with cancer. There's an accidental murder and an ever growing list of lies, none of which were very clever or compelling.

However – although season one hasn't given us much to be excited about, season two has a big pull in the way of Hollywood superstar Lindsay Lohan. We might be watching it, after all.

Things are still a bit of a mess for poor Daniel. He's still pretending to be sick, Dr Glennis is floundering about in his lies and Daniel's gaming buddy Will_5000 is threatening to tell the world what the two idiotic men have been up to. Now there's a psychopathic drug dealer on the prowl and threats of blackmail to contend with.

But Lohan... she's appearing as Katerina West, who flies in to save the company We Cover and has things she needs Daniel to do for her. Can she save the series? Who knows. But it's probably worth tuning into Sky One to find out.

Sick Note airs on Sky One and NowTV Thursday 26 July at 22.00. Read our review of season one here. 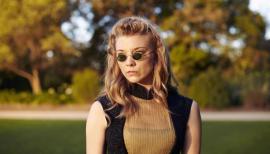 Elizabeth is Missing, BBC One: trailer, release date, photos, cast, plot,
Sign up to CW’s newsletter
By entering my email I agree to the CultureWhisper Privacy Policy (we won`t share data & you can unsubscribe anytime).