Science and screams from Martin Freeman, and everything out this May on Netflix UK 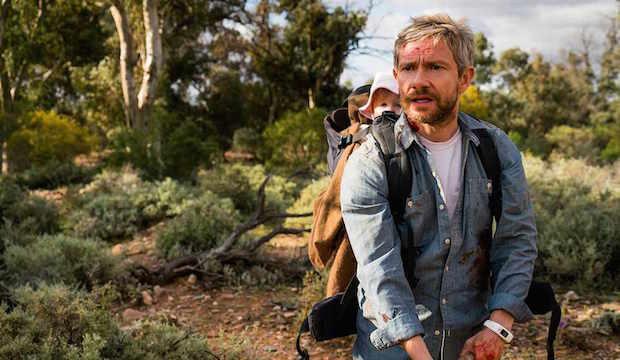 From the producers of 2014's incredible The Babadook comes an end of the world thriller that follows the emotional story of a father trying to save his child at all costs. This is the first feature film for the newly-forged writer/director team of Yolanda Ramke and Ben Howling, but it is an adaptation of their own 2013 short film by the same name. Filmed entirely in their native country, look forward to lots of blood, pain, and Martin Freeman looking out of place in the Australian outback.
The Rain season 1
UK release date: 4th May

Netflix has always loved their post-apocalyptic and speculative fiction (looking at you Black Mirror), and this May seems no different. The Rain follows two young siblings who embark on a perilous search for safety after a brutal virus spread by rain wipes out most of the population. This seems to be more of a study into the effects of liberty after being set free from a collective past and societal rules rather than just pure science fiction. Who will you be when the rain comes? 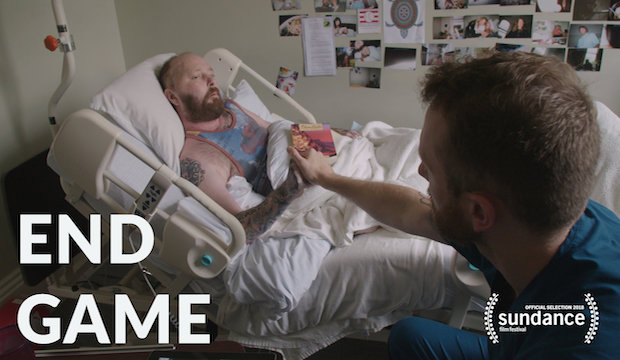 Directed by Academy Award winning filmmakers Rob Epstein and Jeffrey Friedman, End Game is an intimate cinema vérité style documentary short that follows visionary medical practitioners who are working on the cutting edge of life and death – and who have dedicated their lives to changing our thinking about both.

Sex, gender, race: three of the most hot-button words of the twenty-first century. They're not the only words that can be used to describe the themes in volume two of Dear White People. The trailer has some more for you... cultural appropriation, mild adult themes, racist bots, black lesbians, conspiracy theories, pre-bating, jesus, The Sunken Place... You might also want to try funny, honest and on the nose. Don't miss it.

My Next Guest Needs No Introduction With David Letterman: Tina Fey
UK release date: 4 May

Latenight TV host David Letterman's Netflix series has so far boasted an amazing index of names from Jay-Z to President Barack Obama. Tina Fey may not be more famous, or more applauded, than Obama – but for american pop-culture lovers, she is the goddess who was head-writer on SNL during some of its funniest years, the woman behind indie classic comedy 30 Rock and one half of the loveliest somance (sister-romance... is that a thing?) with American comedian Amy Poehler.

Seth Rogen, Zac Efron and Rose Byrne unite for what was one of the biggest films of 2016. Although – just so you're warned – it didn't get the best reviews. Expect a war between the sisters of Kappa Nu (a sorority for those Brits not inaugurated with the weird names Americans give their sororities) and Mc Radner and his pregnant wife in the next-door house.

The Intern
UK release date: 13 May

Get to know how 2018's most scandalous social media platform came to be, with the film about Facebook's origin story by Mindhunter's David Fincher.

The Durrells season one
UK release date: 3 May

Exotic blue skies, sultry young men, period costumes and lashings of laughter: The Durrells season one was a masterpiece of Sunday night British television. Read all about the series here.

Gillian Jacobs (from Community) and Vanessa Bayer (from SNL) are united in a new comedy about a girl called Harper, whose two best friends join her on a work trip to Barcelona, skip work and then fly to Ibiza, where Harper falls for a hot DJ.

Glitz, glam, hijinks and drama: RuPaul and the high-stakes drag race are back for season ten

Lo! What is this rugged and hairy vision of manhood striding over the wild Cornish coastline? Why it's our favourite TV hunk, he of the mud-soaked, rock-hard abs and matted hair, who was last seen on our TV screens since 2016: it's Ross Poldark himself. Season two comes to Netflix this May