David Fincher – the director of Benjamin Button, Social Network and the incomparable House of Cards – is returning to TV this October for a mind-bending, dark Netflix drama following two FBI agents who set about trying to understand how serial killers are wired. Prepare to have a serious relationship with your sofa, we predict this show is going to be gold.

TRY CULTURE WHISPER
Receive free tickets & insider tips to unlock the best of London — direct to your inbox
MINDHUNTER is based on the 1997 crime classic by John Douglas (on whom the dissenting FBI agent, Agent Jack Crawford, from Silence of the Lambs' was modelled). The book originally chronicled Douglas’s investigation into high-profile serial killers and rapists such as the Atlanta child murderer and Seattle’s Green River killer – rich subject material for future tense screen adaptations, indeed.

In the brand-new Netflix drama, director Fincher investigates the early years of criminal profiling, and the lengths that agents went to understand the convicts.

Set in 1979, Jonathan Groff stars as FBI agent Holden Ford, alongside Holt McCallany as FBI Agent Bill Tench, and Anna Torv as a psychologist. The premise involves Tench interviewing serial killers in an attempt to get into the mind of a murderer, and help solve current lethal crimes.

If the dazzling credentials of the director and source material don't get you shaking with anticipation, the trailer for this investigative odyssey should do the trick. The trailer opens with a grainy black-and-white image of a woman – legs asunder, ruffled skirt – which slides jaggedly out from a fax machine, before the voice over, telling us what hard work it is 'butchering people'.

Just as anyone who has seen Silence of the Lambs will remember, murders are good at mind play. They know how to mess with an interrogator's thoughts. Is is possible that, under that washed out palette and uncomfortable soundtrack, our FBI investigators are slowly turning into something monstrous? Something that resembles the serial killers around them? 'I can't let these people rub off on me. The way they view sex...' says the trailer.

MINDHUNTER airs (of course) on Friday 13th on UK Netflix. It has already been commissioned for a second series. 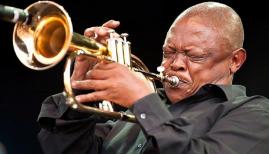