The Miniaturist, BBC One review ★★★★★

A stylish adaptation of the runaway hit novel, The Miniaturist is a spooky period thriller which takes a while to get off the ground but seduces with its intricacies

The story revolves around Nella, a young girl from a debt-ridden aristocratic family played by Anya Taylor-Joy – who caught the critics' eyes in last year's Split opposite James McAvoy and who doesn't disappoint here.

To alleviate her family's money troubles, Nella is swiftly married off to a rich merchant, Johannes Brandt (a reliable Alex Hassell), who has a cavernous house in the city’s wealthiest quarter but who much prefers to be at sea.

Largely left alone by her elusive husband, she's hardly left to her devices as she has to contend with Brandt's manservant Otto (a strong Paapa Essiedu), maid Cornelia (Hayley Squires) and his stern and overly pious sister Marin, played by Romola Garai, whose performance can sometimes be a little more dead than deadpan.

On top of all this, Nella has to deal with 'The Miniaturist', an unidentified craftsman who keeps on sending her eerily life-like dolls and objects to furnish the miniature house that her husband offered to her as a wedding gift/distraction. Things get creepy when these unsolicited pieces start to mirror the murky goings-on in the real-life household and – unsettlingly – even seem to predict the future.

The Miniaturist has been adapted by John Brownlow, best known for 2003's Sylvia, from Jessie Burton's novel of the same name – one of the last year's fastest-selling debuts. Unfortunately, the show doesn't get off to such a sprightly start, taking a while to warm up and settle into a healthier pace and some slightly more lively dialogue.

The drama does, however, successfully juggle many issues – the sister's spurned spinster status, racial and religious prejudice and some intrigue involving a warehouse full of sugar (a brand new luxury product in 17th-century Europe) – which are all brought to a head by the end of this episode.

But if that's not enough to tempt you into watching the next two episodes of this three-part adaptation then the attractive period setting, presented in all the sumptuous old-world detail of a Vermeer, just might. 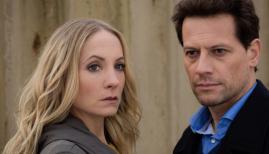 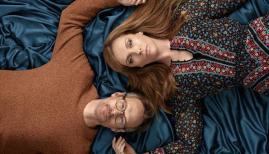