Sean Bean stars in Broken, BBC One this Tuesday, as an abused Catholic priest struggling to help desperate, poverty-stricken families

1 CW reader is interested
Broken, BBC One review 4 Broken, BBC One review Helena Kealey
Let's hope that 2017 doesn't turn out to be a year in which life reflects art too closely, since, this summer, television is taking a dark turn down misery lane.
First up, Broken on BBC One, which stars Sean Bean. Seriously marketable Hollywood film fodder these days is Yorkshire's Bean, following his roles in Lord of the Rings and Game of Thrones. Seeing him in this six-part BBC series is the only cheering thing about the show.
Bean plays Father Michael, a Catholic priest serving a run-down inner-city parish in the north, a troubled soul haunted by flashbacks of abuse. After mass one day, he meets Christina, a mother of three who works at the local betting shop (cue another star, Anna Friel). She has no money and three mouths to feed. She borrows from money from the till. She punches her manager in the face. Can you guess what happens next? 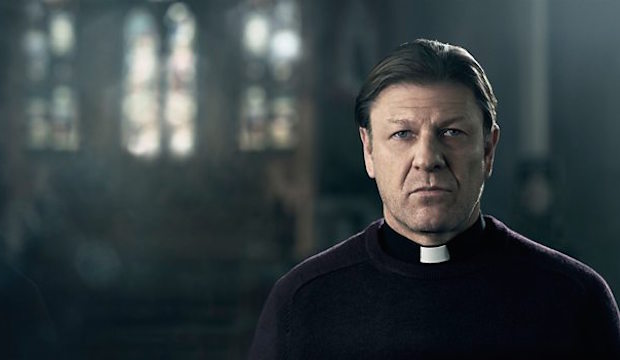 Fired and battling against the heartless gate-keepers of job-seekers' allowance – and in scenes reminiscent of Ken Loach's I, Daniel Blake – Christina is the embodiment of suffering and endurance in modern Britain. Episode one of Broken, written by Jimmy McGovern, who has given British TV acclaimed series such as Accused and Banished, shines a light on the desperation of struggling to make ends meet in 21st century Britain.
Broken's first episode is gripping, harrowing and compelling, a taut opener that will becon us into the ensuing must-watch series exploring poverty and faith, themes seldom explored on British television. This is a dark drama brought to life by a seriously impressive cast – and a brave story for the BBC to air so near to a general election.
Broken airs on BBC One Tuesday 23rd May at 9pm
by Helena Kealey