This September Netflix offers plenty of reasons to stay in, from Narcos season 3 to the hilarious true-crime drama pastiche American Vandal 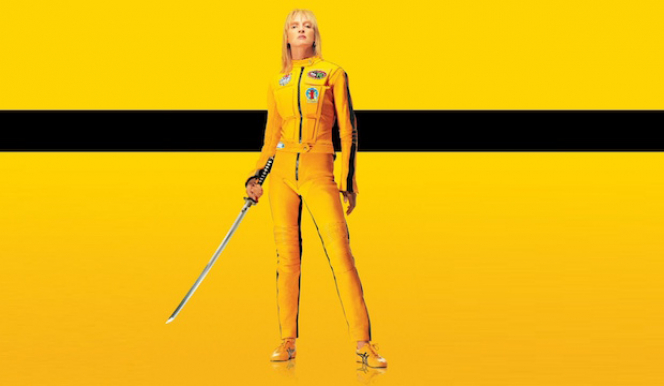 Now that Escobar is no more, this season Netflix Original Series swivels to follow the story of the corrupt, powerful, and hugely profitable Cali Cartel. The cartel is the richest drug trafficking organisation in the world, who ensured that the the number of metric tonnes of cocaine entering the US from Columbia continue to rise despite Pablo Escobar's decline. Set your alarms, you want to be on top of this one.

TRY CULTURE WHISPER
Receive free tickets & insider tips to unlock the best of London — direct to your inbox
Directed by Quentin Tarantino and starring Uma Thurman and Lucy Liu, Kill Bill unite the iconography of king fu and the spaghetti western into a 'rampage of revenge' giddy with genre-splicing features. Thurman plays a former assassin known as The Bride who wakes from a coma after four years and is filled with the desire for revenge, promising to kill every person who contributed to the death of her unborn child.
American Vandal season 1
UK Netflix release date: 15 September

True-life crime dramas have gone too long without a good parody. Watch the above video and try not to laugh. American Vandal is the half-hour true-crime satire exploring the impact of a costly high school prank that left twenty-seven faculty cars vandalised with phallic graffiti images. Over the course of the eight-episodes season, an aspiring sophomore documentarian investigates the potentially unjust expulsion of troubled senior and known dick-drawer, Dylan Maxwell. Did Dylan draw the dicks? #whodrewthedicks

Filmmaker Yance Ford’s personal documentary Strong Island premiered at the Sundance Film Festival and went on to screen at Berlin. This September, it's coming to UK Netflix. Delve into the story of the murder of Ford's elder brother, a black 24-year-old teacher, by a white, 19-year-old mechanic. Despite being unarmed, Ford became the prime suspect in his own murder. Strong Island pulls at the entwined strings of loss, grief, and historical injustice.

Angelina Jolie directs this award-fodder movie, which is inspired by the first Netflix Original movie, Beast of No Nation. It is based on a memoir written by Loung Ung throughout the civil war in Cambodia, which, as every traveler knows, is required reading when travelling to Cambodia. The movie was first released back in February 2017 but comes to Netflix in mid-September.

Writer Sally Wainwright's fabulous, double Bafta-winning police drama features Sergeant Catherine Cawood who attempts to face her past and fight for justice when the man who drove her daughter to suicide gets released from prison.

Prepare for Daniel Craig to return as James Bond by re-watching Spectre, which combines typical 007 flamboyance with edge-of-your-seat action in a storyline that sees Bond and Madeleine Swann (Léa Seydoux) attempt to stop the wicked goings-on of Ernst Stavro Blofeld (Christoph Waltz).

French-Tunisian director Abdellatif Kechiche tells a tale of intimate relations between two woman in this extraordinary story of pleasure and self discovery, also starring Léa Seydoux. Blue is the Warmest Colour won the Cannes Palme d'Or.

Robert Zemeckis's recreation of Philippe Petit's 1974 World Trade Centre tightrope walk is edge-of-your-seat stuff. It turns Petit's stunt, which was completed without a harness, into a glorious drama and pre-emptive retort to the attacks of September 11. Joseph Gordon Levitt brings all the charm of the showman to life.


We love Line of Duty over at Culture Whisper towers and are thrilled that the epic season three of the hit police show is coming to Netflix this month. The third season boasts a perfect formula of closely guarded secrets and in-fighting, intricate plotting and drawn out one-take interview sequences that are painful watching. From Keeley Hawes' embattled DI Denton to Craig Parkinson's slimy DI Matthew 'Dot' Cottan, there are career-defining performances all over the shop.
Rick and Morty season 3
UK Netflix release date: begins September 2


This outlandish cartoon may have began life as a simple send-up of Back to the Future, but these days it's something much more sophisticated. Drunken inventor Rick (voiced by Justin Roiland) drags his timid nephew Morty (also voiced by Roiland) through time and space on adventures that Morty would rather not be included in. New episodes of season three arrives each Saturday.
Jack Whitehall: Travels with My Father
UK Netflix release date: September 22


Posh-o comedian Jack Whitehall and his father, fresh off the set of their BBC TV show Backchat are off to Thailand, Vietnam and Cambodia in a six-part series that joins the new genre of comedy-travelogue that includes An Idiot Abroad and The Trip.
The Bad Batch
UK Netflix release date: 22 September