From A Series of Unfortunate Events season two to more Love by Judd Apatow: it's time to get excited for new UK Netflix March 2018 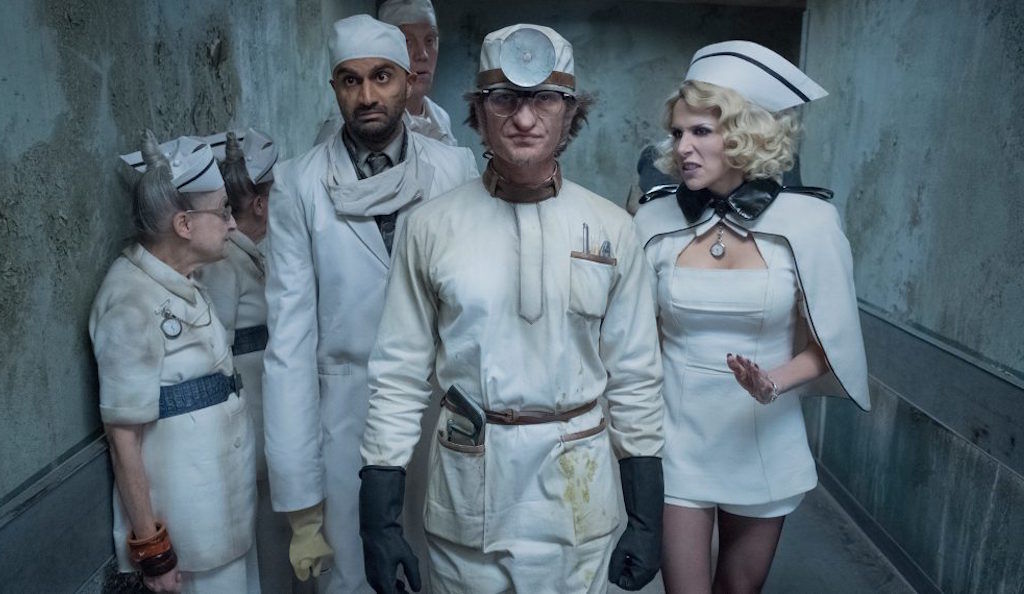 Kick-ass Jessica Jones returns to New York City for season two as this intimidating private investigator. This season she'll once again have to do whatever it takes to uncover the truth – even if that truth lies a little closer to home than is comfortable.

From Judd Apatow – that magic man who gave us The Big Sick and 40-Year-Old Virgin – comes season three of this charming American almost-a-romantic-comedy. With comedy heroes Gillian Jacobs (who starred in Community) and Vanessa Bayer (who rose to fame as an SNL cast member).

The loudmouth of British stand-up returns with a new comedy special, Humanity. Filmed at the Apollo Hammersmith in London, the Golden Globe and Emmy Award-winning British comedian returns to the stage to laugh about aging, kids and being spoiled.

It's an awful lot of cuteness for such a tiny film. This is a retelling of the classic, the story of Benji the beautiful orphaned puppy and two boisterous New Orleans school kids who all become a family. When danger rears its head, and the youngsters end up in trouble, Benji follows his heart and trail of strawberries to rescue his human best friends. Heartbreaking.

On My Block, season one
UK release date: 16 March

Lauren Iungerich (creator of Awkward), Eddie Gonzalez and Jeremy Haft, have created a series about the nightmare of coming of age in an American high school. Can these four friends navigate the hideousness of surviving twenty-first century high school with all its drugs, guns and drama, without damaging themselves and one another?

He's BACK. A Series of Unfortunate Events promises more villainous treachery and more treacherous villains in a hilarious family-friendly TV series based on the books by Lemony Snicket. Following on from an outstanding season one (we gave it five stars) this is a show to get into and binge now before season two comes out if you possible can.

How far can you push a person to get the best out of them? This is the central question of award-winning Whiplash. Miles Teller stars as a promising jazz drummer whose mentor, played by J.K Simmons, will stop at nothing to unlock his potential. This intense film features some incredible drum solos, it’s dynamic and uncompromising. A must-see for music lovers.

The Lady in the Van
UK release date: 31 March

This heart-warming film stars Maggie Smith as Mary Shepherd, the lady who really lived in a van on writer Alan Bennett’s driveway for 15 years. Smith is at her comic best as her character forges unlikely friendships with the neighbours. This film is full of British eccentricity.

Fancy a cathartic cry-your-heart-out moment? This is the film for you. It follows three Irish girls at a Magdalene Asylum (where ‘fallen’ girls were sent by their families). They endure humiliating abuse at the hands of priests and nuns. Based on real events, this film was made to give closure to the victims of the asylums.

Harvey Milk was the first openly gay person to be elected to public office. This brilliant biopic stars Sean Penn, who gives a powerhouse performance as Milk, and James Franco. The film is interspersed with real clips from the gay rights movement. It’s brilliant.

Disney’s Mowgli is brought to life in this re-make of the classic animation. Watch his journey of self-discovery and re-live your childhood. The star-studded film features the voices of Idris Elba, Scarlett Johansson and Bill Murray.

Whitney: Can I Be Me
UK release date: 3 March

Whitney Houston’s voice is unforgettable: it still gives us goose bumps whenever we hear it. This documentary starts with her tragic death in 2012 and looks into her life from her beginnings as a gospel singer to her widely talked about drug use. Unseen archive footage combined with interviews with close family and friends makes this an emotional watch.

This Netflix original documentary-series shines a light on hip hop artists. From Nas to Just Blaze, follow their lives from the front row to family occasions. The documentary explores the impact hip hop has had on the world and the power that comes with freedom of expression.

A Series of Unfortunate Events