Lyra (Dafne Keen) is on the run again, Will (Amir Wilson) continues to have contorted dreams, and Lee Scoresby (Lin-Manuel Miranda) has a chat with Mrs Coulter (Ruth Wilson)

This is something of a bump in His Dark Materials. Veering slightly from the book, writer/showrunner Jack Thorne examines Philip Pullman’s multiverse in greater detail – delivering a wider context. In many areas, these are welcome additions; in others, they’re more like unnecessary appendages.

But although episode three is filled with claggy world-building and prophecy-making, Thorne and co-writer Sarah Quintrell still dish up a serviceably entertaining fantasy. In fact, this episode improves upon Thorne’s consistent propensity to formulaic explanations – crafting absorbing tension within interrogative dialogue. 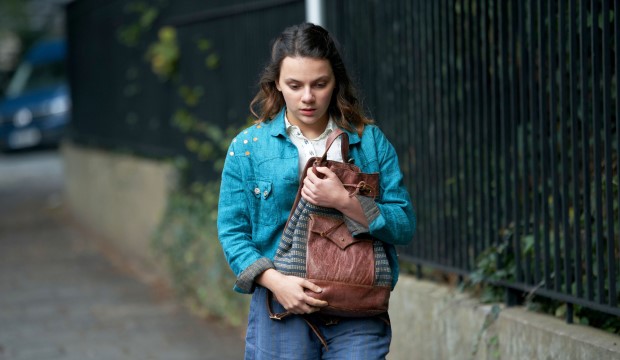 The best scenes in this episode lean toward those interrogations. This starts with Lyra (Dafne Keen), in her alter-ego of Lizzie, being questioned by one of Boreal’s goons, a detective for the bad guys. Keen devours these scenes as Lyra, revelling in her veiled sarcasm (‘What a wonderful moustache’) and cautiously constructed lies. She’s the sort of kid adults love to hate: those too smart for their own good.

But inevitably, Lyra screws up and goes on the run again – to be eventually re-acquainted with Boreal (Ariyon Bakare), who’s also under the guise of wealthy collector Charles Lattram. 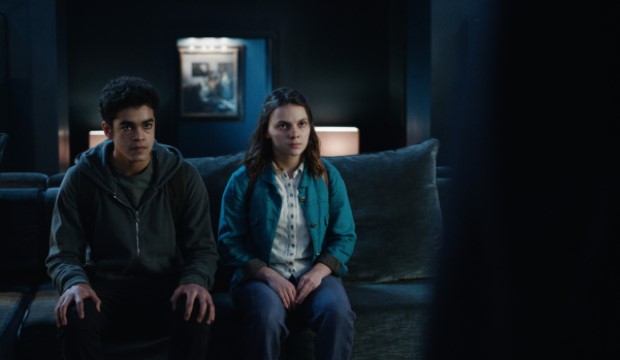 Will (Amir Wilson) continues having enigmatic dreams about his parents, the tower and the knife. It’s clunkily organised, adding a fantasy cliché that Pullman didn’t bother with – likely shoehorned in to build up the magical object of this series. Where series one had the alethiometer, series two has the subtle knife, which will make its first physical appearance next week (finally).

Will looks at the Tower of the Angels, or the Torre degli Angeli, and sees a shadow moving behind the stained-glass window. The mildly haunting and quietly threatening Paola (Ella Schrey-Yeates) denies any presence in the Tower. She takes a kind of sadistic satisfaction in reminding Will that his encroaching adolescence will kill him, by means of being swallowed by the Spectres.

Royal panserbørne Iorek Byrnison (Joe Tandberg) makes a gruff and pointless appearance, his armoured bears also suffering from the impact of Asriel’s portal. He has an audience with the witch Serafina Pekkala’s eagle daemon Kaisa (David Suchet), revealing the prophetic details of Lyra. She will ‘end destiny’ (despite being locked into a specific path) and bring back free will. The scene doesn’t add that much, trying to fill time. 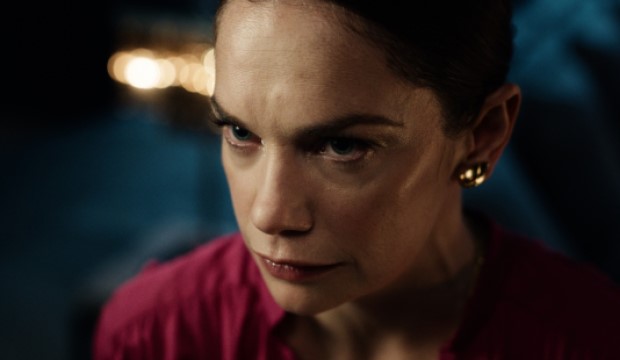 In the category of better additions, the meeting between Lee Scoresby (Lin-Manuel Miranda) and Mrs Coulter (Ruth Wilson) is the indisputable zenith of the episode. Lee is imprisoned by the Magisterium, after journeying to find the explorer Stanislaus Grumman. He navigates a wintry Western existence, pushing into taverns and acting with Han Solo-style panache.

When he encounters Mrs Coulter, their conflicting personalities and performances gel together. Wilson and Miranda create an unnerving, immersive chemistry – not romantic, but cordial – despite being decent representatives of good and evil. The morals of Lee and Mrs Coulter become tangled in the fate of Lyra. Her chuckling threats vanish as Lee finds a common trauma between them.

The evil of Mrs Coulter lies in her brief sparks of humanity, and it’s where this series excels. If we had more of these moments, there’d be fewer bumps along a generally brilliant road.

His Dark Materials, series 2, continues on Sundays on BBC One 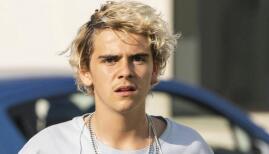 Small Axe, BBC One: trailer, release date, plot, cast, photos
Sign up to CW’s newsletter
By entering my email I agree to the CultureWhisper Privacy Policy (we won`t share data & you can unsubscribe anytime).