From vaginas and veganism to psychedelics and psychics – here’s everything you need to know about The Goop Lab, Netflix

You get an edited peek behind the scenes at Goop HQ in Santa Monica: all shiny and millennial, with floor-to-ceiling windows, a cool colour palette and plenty of artfully stacked tomes.

Then there’s the impossibly glossy matriarch-meets-global-shaman Gwyneth Paltrow. She must be one of the most celebrated and ridiculed women in the world today. She looks good, really good, and if appearances are anything to go by, then it’s no surprise that there are plenty of takers when it comes to the Goop methodologies. That’s pretty much the USP of the £190-million Goop success story anyway, albeit along with a selection of great retail products thrown in too. 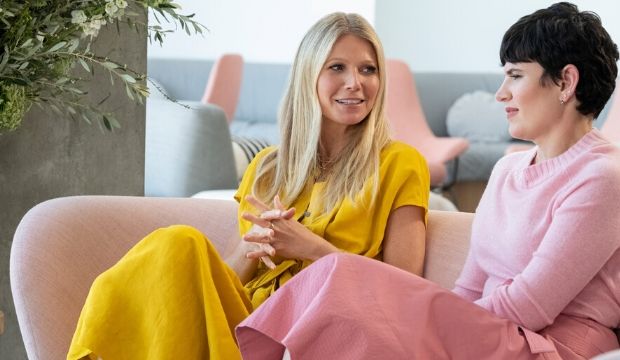 Each Goop Lab episode starts with some spa-sounding bells and a disclaimer that the show is ‘to entertain and inform’ as opposed to providing real medical advice. So perhaps we all should press Play with a little scepticism. The services flogged by this GP (Gwyneth Paltrow) also might well need to be verified by an actual GP (general practitioner) before you embark on them.

The 30-minute shows go on a fantastical ‘Goopfest’ journey with a combination of GP and her chief content officer, Elise Loehnen, interviewing the ‘experts', along with 'Goopers', the fleet of good-looking staffers who act as guinea pigs.

They cover relevant topics: from coping with depression and anxiety to female sexuality and how to tackle both physical and biological ageing, laced with some humour and humility. Plus, the honesty and vulnerability from her team is refreshing; expect sobbing, laughing and hugging, all in copious amounts. 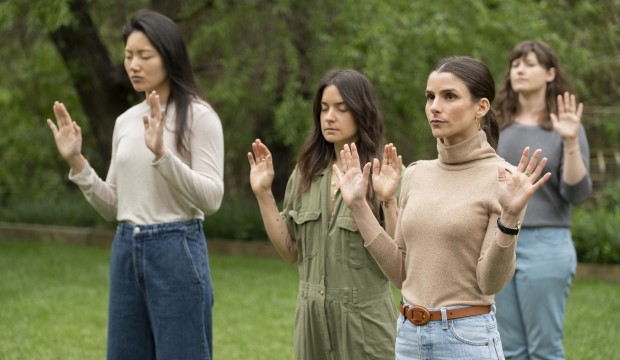 There are some standout scenes. Take the ‘Energy Experience’ episode with John Amaral, a chiropractor who specialises in working with people’s energy fields. It’s akin to watching one of those magic shows where people are dragged up on stage, hypnotised and told to bark like dogs.

The Goopers tell of an exorcism-like state, and they’re filmed writhing around on their spa beds. It’s weird and you don’t quite believe it (although, as they say: ‘don’t knock it until you’ve tried it’). 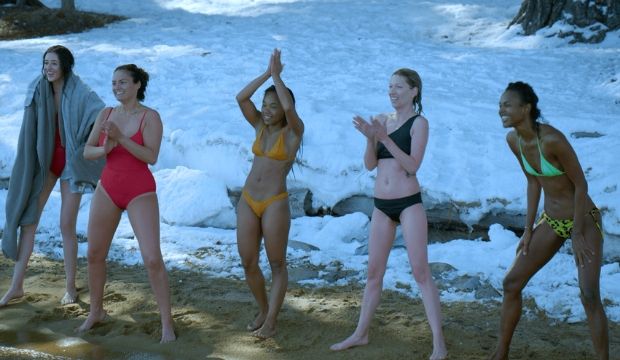 There’s also an episode with Goopers practising ‘snowga’ – yes, that’s yoga in the snow – performed not in thermals, but swimwear. Participants are then encouraged to dive into the cold Lake Tahoe, cheered on by Dutch athlete Wim Hof, to help alleviate depression and anxiety. This is not something new – Dr Chris Van Tulleken (Trust Me, I'm A Doctor) published some credible research on the subject in 2016.

Episode three comes to a literal climax when renowned sex educator Betty Dodson comes on board to dispel the stigma attached to female sexuality. She helps her colleague to orgasm (artfully filmed) and approximately 10 vulvas flash up on screen, so you can at least get the gist that anything goes when it comes to down-there aesthetics. No mention of any Yoni Eggs, though.

There is some good advice, and for those on their well-researched wellness path, some of the topics won’t seem so out there at all. Acupuncture facials sit alongside healthy diet and exercise advice. It’s also packed with compelling personal stories too – so not all of them are on the Goop payroll. There’s also some ribbing of GP, and you get a small (controlled) insight on how she does manage to look that good.

Under all the pseudo-sciencey stuff, there are some simple underlying messages we can take away from The Goop Lab: reconnect with nature, with ourselves and find people who will cheerlead you.

Not quite so weird, after all.

The Goop Lab is available on Netflix from Friday 24 January 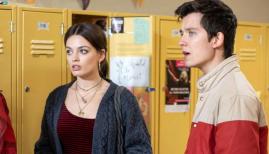