The Friends reunion special is coming to Sky One. Jennifer Aniston, David Schwimmer et al, discuss their times on the show with a slew of celebrity guests

Finally, after 15 years of prayers, dead ends and endless repeats, HBO announced that the six funny Manhattanites are returning for an unscripted, one-off special. Could we be any more surprised? 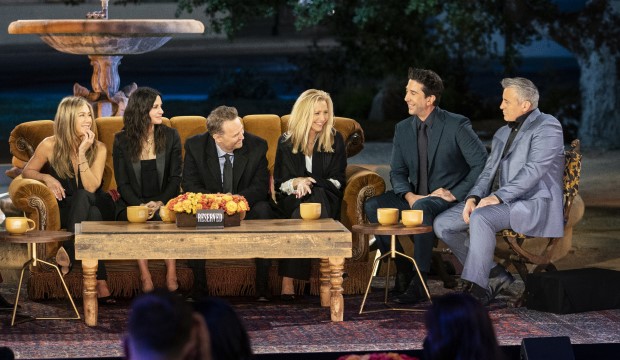 What will the Friends reunion involve?

This isn't a new chapter in the lives of Ross, Rachel, Monica, Chandler, Phoebe and Joey. However, it is extremely rare for the entire cast of Friends to gather in one place. As such, this will be an event to relish.

Hosted by James Corden, in the reunion all six members of the cast – David Schwimmer, Jennifer Aniston, Courteney Cox, Matthew Perry, Lisa Kudrow and Matt LeBlanc – return to the old Warner Bros. sets at Stage 24 in Hollywood, reminiscing over old times. They'll also be playing lots of Friends-themed games to test their knowledge of the series. 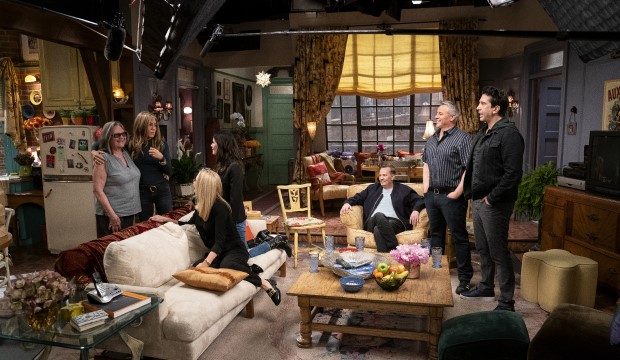 Who will be in the Friends reunion special?

An eclectic slew of celebrity fans will participate in the special, declaring their undying love for the sitcom. It's a strange mix of people, which includes Lady Gaga, David Beckham, Mindy Kaling, BTS and Malala Yousafzai. Guest stars like Tom Selleck (aka Monica's boyfriend Richard) and Maggie Wheeler (aka Chandler's girlfriend Janice) will also appear.

Sky has announced that the reunion will air in the UK on Thursday 27 May at 8pm on Sky One. Watch the trailer below.