It's not the most uplifting series to start the week with. The much-loved comedies Motherland and Inside No. 9 are scheduled for the same time, so Hughes' blood-boiling stories of prohibited abortions might suffer as a consequence. Regardless, it's a gruelling experience that deserves to be endured.

Despite UK law stating that abortion is legal before 24 weeks, Three Families shows the Northern Irish doctors and lawmakers who skirt around it. The series looks at the lead-up from 2013 to 2019 when the law was changed. As the name suggests, you're dropped into the lives of three families affected by abortion (or lack thereof) and the severe lack of support for those wishing to terminate.

Fifteen-year-old Orla (Lola Petticrew) falls pregnant from an abusive boyfriend. Her Catholic mother Theresa (Sinéad Keenan) picks up the pieces by ordering abortion pills online, which leads to a court case. Eager mother-to-be Hannah (Amy James-Kelly) is devastated after learning her child will be stillborn, and she's not permitted to abort. Hannah’s experience is echoed, to an even worse extent, by the 40-year-old Rosie (Genevieve O’Reilly) in the concluding episode. 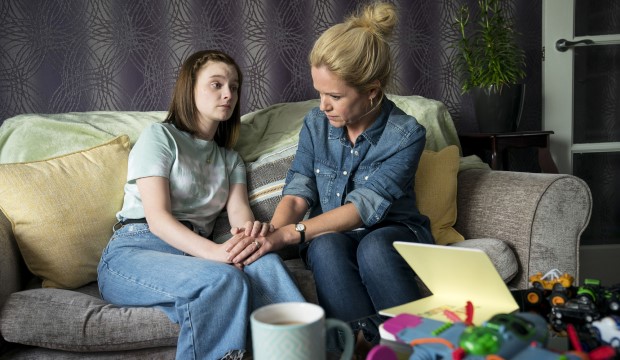 Each story bends and crushes in their very specific realities. For research, Hughes interviewed three Northern Irish women affected by the previous system – lending a vital honesty to the storytelling.

The atmosphere in these neighbourhoods is strict and absolutist, despite the friendly smiles and warm greetings. You see pro-life protestors picketing abortion offices and handing young women artificial foetuses, all under the pretence of care and altruism. In reality, it’s cruel shaming with a face of virtue.

The casual dismissals of pro-choicers and women who've had abortions – mostly by best friends and close family members – ripple with an assured evil, the kind that refuses empathy or compromise. Although Hughes tries to humanise them, her priority is to show their traumatising impact. 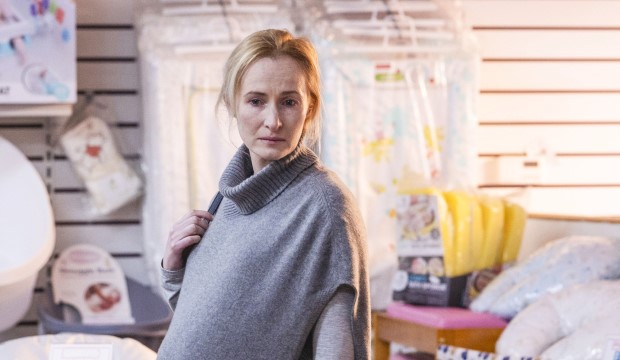 The lead actors create such raw and real performances, flawlessly capturing these women caught in a systemic web of injustice. But it’s Genevieve O’Reilly as Rosie, saved for the tougher second episode, who gives the most devastating portrayal. Without ruining the context, there’s a scene with her in a baby-clothes shop that will rip you to pieces.

Three Families won’t be for everyone, and there should be a trigger warning for those who’ve endured similar experiences. It comes dangerously close to a soap opera, especially as the music rises with the drama, but Hughes treats these stories with the severity and humanity they deserve.

Three Families airs on Monday 10 May and Tuesday 11 May at 9pm on BBC One. 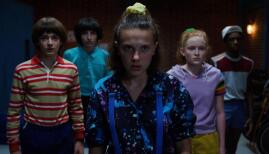 Stranger Things 4, Netflix: everything we know