The Malady of Death, Barbican Theatre

Katie Mitchell and Alice Birch collaborate in a theatrical exploration of the sex industry, voyeurism, and the male gaze

Staged by playwright Alice Birch and director Katie Mitchell, the play is loosely based on Marguerite Duras’ novella, La Maladie de la mort. The original tale has been reworked to explore the dynamics of sex work and the ethics of pornography; the female protagonist (played by Laetitia Dosch) is a sex worker who is employed by a man in a hotel room (Nick Fletcher), yet is forbidden from speaking or resisting. The words of the narrator, Irène Jacob, will be spoken in French with English surtitles.

TRY CULTURE WHISPER
Receive free tickets & insider tips to unlock the best of London — direct to your inbox
The complexity of the staging promises to challenge the very premise of what constitutes a play. It will be a multi-media production, with the events on stage filmed live and projected onto a screen above. Whilst showing in Paris, a critic wrote that this gives the audience the feeling of having pushed open the door of a studio where a film shoot is taking place.

The subject and style of The Malady of Death seem absolutely in keeping with the repertoire of its director, who is no stranger to controversy. Mitchell’s provocative interpretations of classics have polarised British audiences and critics, many of whom see her as a ‘vandal’. It is unsurprising then that this production originated across the Channel, where her talent has been truly celebrated.

Mitchell and Birch’s productions often have a feminist edge, even if at the expense of textual fidelity – Ophelias Zimmer, their reinvention of Hamlet saw the focus shift entirely onto Ophelia’s bedroom. This particular collaboration looks no less bold. 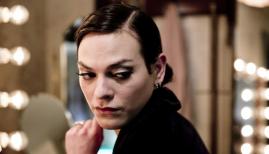 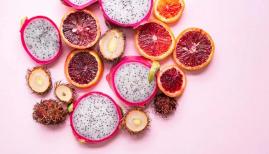