The debut play from Vicky Jones, who is one half of Drywrite alongside Phoebe Waller-Bridge, sets the scene for the unflinching, uncomfortable comedy.

TRY CULTURE WHISPER
Receive free tickets & insider tips to unlock the best of London — direct to your inbox
Jones won the Verity Bargate Award for best emerging playwright when The One opened to superlative, somewhat shellshocked, reviews in 2013.

Five years later the short, sharp two-person play feels just as brazen as it returns to Soho Theatre for a limited run. Newly relevant in the Me Too era, the play addresses issues of consent, violence and sex with a blithe directness and brutally honest comedy. We watch as Harry (John Hopkins) and Jo (Tuppence Middleton) delineate their relationship, via reluctant sex, cheesy Wotsits and soul-searching. As they await updates on Jo's sister's labour, they consume more and more red wine and stay up all night.

Over the course of a short, sharp hour we glimpse the bitterness that courses through this student/professor relationship; but we also get an insight into the bond keeping them together. Accusations fly around and an uneasy tension emerges when Harry's colleague arrives seeking comfort in the small hours. But there's a caustic bite to the conflict and a constant game of one-up-manship between the couple that keeps you guessing.

Jo is the kind of character who Drywrite have done so well in the past: the young women who is at once wholly screwed up but also not a victim at all. And Harry is an intriguing, original take on the controlling older man trope. You can so clearly see the ingredients that went on to make Fleabag, but here they seem more of a work in progress. The insight into sexual politics and desire is gripping – and still gasp-inducingly fresh five years on – but occasionally it feels abstract. There's not enough warmth, intimacy and depth to really make sense of these characters and to make them ring true. But the issues they explore are still so sharp you will sit up and pay attention. 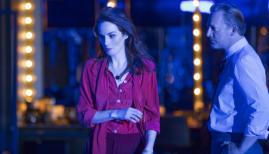 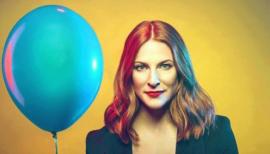