Now she returns to the West End to star in Jamie Lloyd's revival of 2009 family drama Apologia.

'I was so drawn to this unforgettably bold and uncompromising character in such a rich, moving and witty play... I can’t wait for us to bring Apologia to life for the audiences,' Channing said.

She plays matriarch Kristin Miller, whose birthday celebrations trigger a family reunion. But during the course of the evening, family bonds fracture, exposing Kristin's dysfunctional relationship with her three sons and the sacrifices she made to be a mother. Laura Carmichael, who is best known as Downton Abbey's Lady Edith, returns to Trafalgar Studios to play Trudi, an American outsider.

Apologia premiered at the Bush Theatre in 2009, in the wake of playwright Alexi Kaye Campbell's breakthrough play The Pride (Royal Court, 2008). Both explore the relationship between present and past, and the way in which debts mount over generations, but critics found that over-zealous characterisation and a 'none-too-plausible' reveal in Apologia did not quite live up to the playwright's potential. Since then Campbell has delved deeper into inter-generational relationships in underwhelming drama Sunset at Villa Thalia (National Theatre, 2016).

We look forward to seeing how Stockard Channing and award-winning director Jamie Lloyd (The Homecoming, The Maids, Doctor Faustus) will breathe new life into this revival. 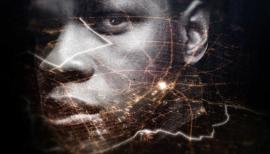