Soleimanpour first made waves with White Rabbit, Red Rabbit. It crystallized the kind of spontaneous theatre for which Soleimanpour has become renowned. Gone are rehearsals and creative teams.

48 hours before each performance begins, an actor is delivered instructions: '1) Do not see or read the play beforehand. Learn nothing about it. 2) Prepare an ostrich impersonation.'

The script, given to its actor in a sealed envelope live on stage, has travelled borders and continents and been performed all around the world over 1000 times by the likes of Whoopi Goldberg, Ken Loach and Juliet Stevenson. In stark contrast, its writer was forbidden to leave his native Iran. Soleimanpour was not allowed a passport as he refused to undertake Iran's mandatory military service. In 2013, after his play had gained global recognition, the writer was finally granted a passport (his poor eyesight made him exempt from conscription).

Soleimanpour avoids overtly addressing politics in his work. Instead he uses metaphor and performance to explore universal ideas of freedom and union.

Since White Rabbit, Red Rabbit he has continued to challenge form and eschew rehearsal process with BLANK, performed at the Bush Theatre's 2015 Radar festival, and Nassim, which won the Fringe First award at the 2017 Edinburgh Festival. His latest work, Cook, extends the concept of unprepared performance by incorporating a recipe and food preparation to explore the ways in which ingredients and meals unite people.

The four plays will run in reportory from 7 - 16 September. A different, unprepared, actor will preform each night, reading the script for the first time in front of the audience. The details of who will be on stage for each show is not divulged, but the selection of confirmed performers is so universally starry audiences are guaranteed a pleasant surprise.

The line-up includes: Olivier-winner Denise Gough, who wowed in first People, Places Things and then Angels in America; former Bake Off presenter and full-time funny women Mel Giedroyc; star of The Affair and The Wire Dominic West; actor and stand up comic Josie Lawrence; experimental theatre maker Tim Crouch (An Oak Tree); the multi-talented writer/actor/producer Meera Syal, and many more.

The Bush Theatre's artistic director Madani Younis says: ‘We’re thrilled to bring together all four of Nassim’s plays in a retrospective, supported by an array of exciting performers working across theatre, film and television. The act of programming a retrospective of a relatively young, living artist is deliberate: for me it’s a statement on the influence and importance of Nassim Soleimanpour’s work. His theatrical experiments are also powerful antidotes to the recent political events that continue to shake us.’ 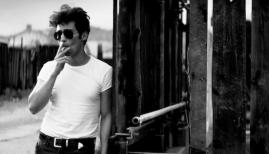 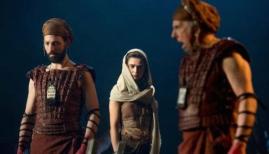 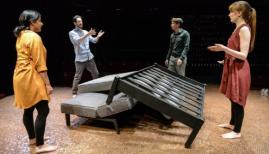 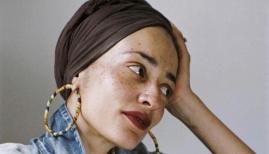