4 CW readers are interested
Review: Salomé, National Theatre 3 Review: Salomé, National Theatre Kareema Al-Adhami
South African director and writer Yaël Farber returns to the National after the huge success there last year of her production of Lorraine Hansberry’s anti-colonial tirade, Les Blancs. Back in the Olivier, Farber is offering us a new vision of Salomé. Her fresh treatment of the Biblical tale of lust and power is framed as a retelling and reclamation of the woman who had John the Baptist beheaded. The production premiered in Washington. Though Farber makes excellent use of the Olivier, with meticulous, grand staging and some dazzling scene-craft, this Salomé falls short of a revolutionary rewrite.

Farber envisions Salomé not as a paragon of female seduction and danger, but as a mother of the revolution. She performs a bold act of rebellion that catalyses events. Her punishment, or legacy, is her own erasure from history, with Pontius Pilate cursing ‘No one will ever speak your name again’.

While Farber’s retelling offers an important insight into how women are often overlooked, vilified or simply omitted from history, it does so with an overblown and often one-note narrative voice. Olwen Fouéré as ‘Nameless’, an older version of Salomé, recounts events to the audience through declarative and sometimes overly verbose speeches. She begins, ‘It begins at the end’, gesturing to Farber’s heavy use of ritual and ceremony throughout. Despite this, Fouéré never quite offers insight into her own humanity.

Left to re-enact the events Fouéré recollects, Isabella Nefar as Salomé moves about the stage with grandiosity and stoicism. Accompanying her are two women wailing haunting melodies. She is subjected to sexual violence by Herod (Paul Chahidi) and the Roman regime. Farber’s point is clear – this is a story of colonisation. Salomé’s body is treated as just another thing to conquer. Yet Farber’s visual language, striking and evocative, delivers the point much more succinctly than the clunky script.

Ramzi Choukair’s Iokanaan, John the Baptist, who speaks in Arabic (with accompanying subtitles) persuades Nefar’s Salomé to speak in the same language. Language here becomes a relationship, both to each other and to the state. It is a strong moment in Farber’s otherwise dramatically inert play, with few nuanced relationships between characters. The decision to omit Salomé’s mother, another controversial and perhaps misrepresented woman, is puzzling.

Farber’s Salomé paints her heroine as a spark that ignites a new world order. While that painting is breathtaking, it falls short of depicting a new, inventive, reclaimed story of Salomé. 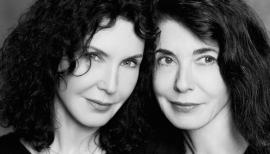 Breaking Bad's Bryan Cranston to star at the National Theatre
Sign up to CW’s newsletter
By entering my email I agree to the CultureWhisper Privacy Policy (we won`t share data & you can unsubscribe anytime).