Behind the scenes of & Juliet: interview with director Luke Sheppard and actor Miriam-Teak Lee

Director Luke Sheppard and actor Miriam-Teak Lee on the magic of their pop-fuelled musical & Juliet, which returns to the West End in 2021 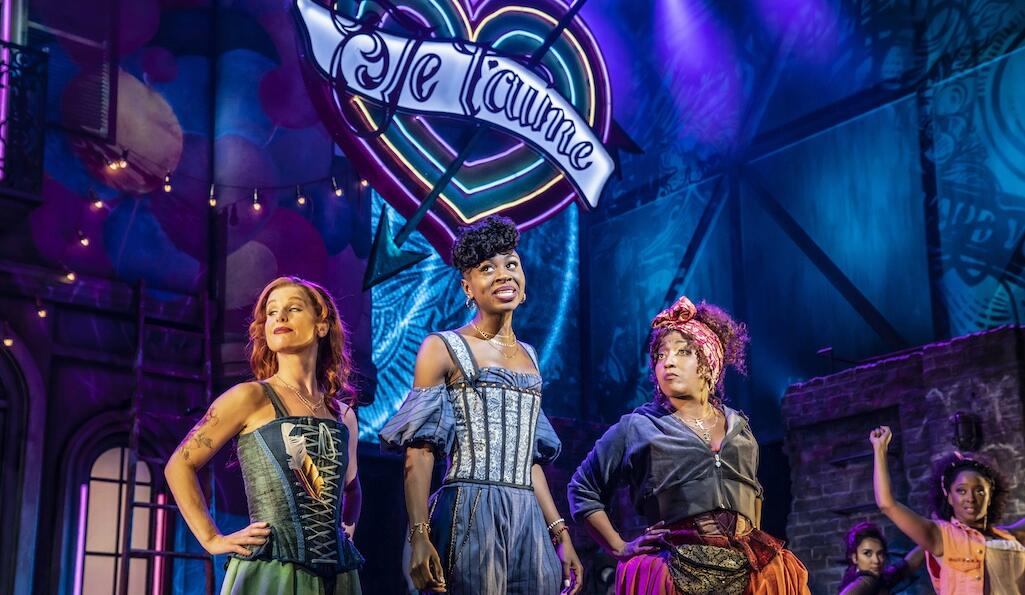 & Juliet is returning to the stage in March 2021 (pictured: cast members Cassidy Janson, Miriam-Teak Lee and Melanie La Barrie)
In a year that’s witnessed an unimaginable amount of collective suffering, the chance to indulge in some escapism and get carried away by a message of hope in the face of adversity is exactly what we need. Enter & Juliet, the musical which exploded onto the West End stage last autumn in a flurry of neon lights, fireworks, jazzed-up corsets and an overriding spirit of girl power – all in a bid to offer Shakespeare’s Juliet a feminist, pop-fuelled alternative to ending her life with Romeo.

& Juliet is the brainchild of playwright David West Read (best-known for the Emmy Award-winning show Schitt's Creek) and Swedish songwriter supreme Max Martin, who has written chart-topping hits for many of the most famous music artists in the world including Britney Spears, Katy Perry, Ed Sheeran and Taylor Swift. Also at the helm is award-winning director Luke Sheppard (In The Heights, The Secret Diary of Adrian Mole Aged 13¾), while Miriam-Teak Lee (whose credits include Hamilton) leads the cast as the emboldened Juliet. 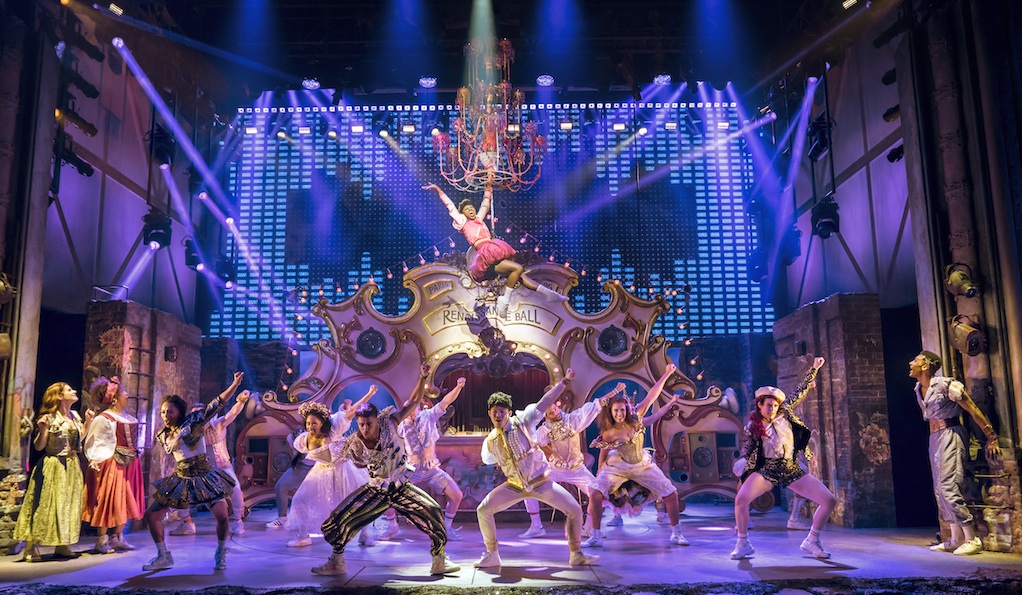 Self-described as ‘the most famous love story of all time, remixed’, & Juliet sees Shakepeare’s heroine drop the dagger and embark on a journey of self-discovery via a girls’ trip to Paris. The plot is infused with the back catalogue of Martin’s greatest hits (Oops!…I Did it Again, Since U Been Gone, I Kissed a Girl and I Want It That Way among them), which are woven into Juliet’s adventure as seamlessly as if they were written for the story.

Just as the Bard loved the play-within-a-play trope, Read’s story sees Shakespeare (a charismatic Oliver Tompsett) and his wife Anne Hathaway (a fiery Cassidy Janson) play joint puppet masters of his characters, grappling for control to determine their fate. Hathaway wins and in one brilliantly funny move, subverts the narrative as we know it, writing herself into the narrative as Juliet’s new pal April.

In the wrong hands, a musical saturating Shakespeare’s most famous tragedy with kick-ass 90s and noughties pop songs could have landed disastrously. But not with masterminds Read and Martin behind it. Bizarrely, the idea for the show came to Read while he was suffering from a concussion. ‘He was asked by a producer if he had any ideas for a musical that would integrate and celebrate some of the greatest pop music of all time,’ reveals Sheppard. ‘He suggested this idea about Juliet waking up and choosing life and hope over death. And it went from there really.’ 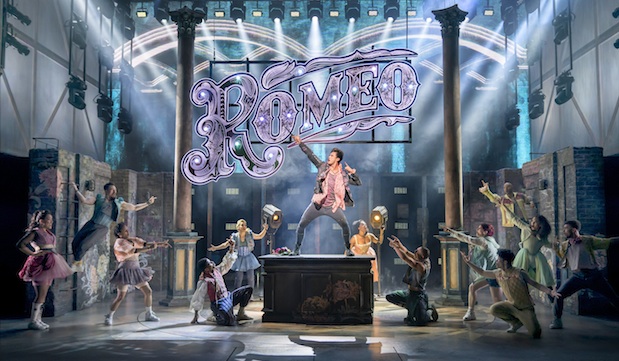 With a Canadian writer, Swedish songwriter, British director, and an American costume designer and choreographer on board from the start, it wasn’t immediately obvious which city the company would look to host the play. Workshops were held in New York and LA before London, but it was here that something clicked. ‘London felt like the right home for the show because of our relationship with Shakespeare, our love of musical comedy and the way we celebrate pop music,’ explains Sheppard. By the time the team came to the UK, they’d gathered what Sheppard describes as ‘a family of people who believed in the project’, but were yet to find their lead.

‘I was in Hamilton at the time,’ recalls Lee. ‘My agent called and said we’ve had something come in for a workshop based on a new version of Romeo and Juliet with modern music.’ A lover of pop music, Lee was instantly excited and intrigued. An audition – in which Lee sang Stone Cold by Demi Lovato – led to a two-week workshop, at the end of which the group performed their efforts to the show’s producers, including Martin himself. 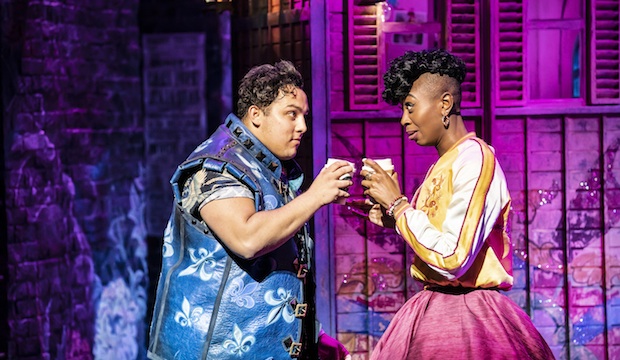 ‘They loved it; they were crying with laughter! The energy in that room was incredible,’ Lee recalls, fondly. She was confident from early on that the show would be a hit. ‘In the beginning, I knew it would all depend on how it came together and that it would depend on everyone pulling on their creative resources to make something fantastic,’ she admits. ‘But after we showed it to Max, I was 100 per cent confident it would be incredible,’ she grins. ‘It was so special and real.’

Using Baz Luhrmann’s 1996 Romeo + Juliet movie as her main source of inspiration, Lee set about updating Juliet, making her relevant to a modern audience. ‘It was a case of putting myself in the situation of what Juliet had been through and making those links to the life she had lived and what she wasn’t able to do,’ she says. ‘Then putting this into the 21st century and thinking about how she would react given these new circumstances, and creating this new character from there.’ 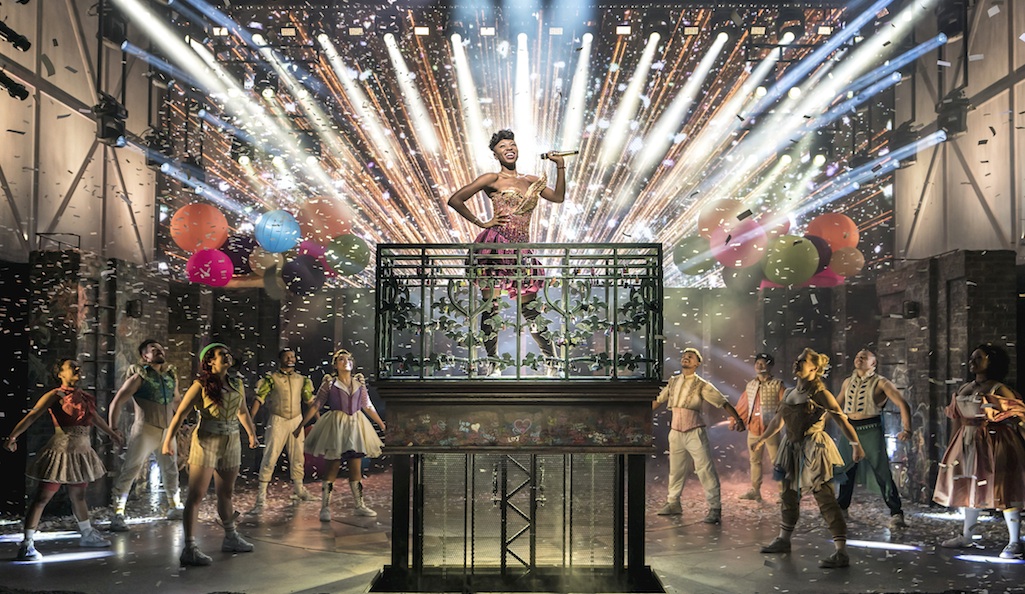 & Juliet premiered at the Manchester Opera House in September 2019 before opening in the West End – to critical acclaim – at the Shaftesbury Theatre last November. Despite being forced to close just five months later because of the Covid-19 pandemic, the jukebox musical has already won six WhatsOnStage Awards and, as of 25 October, three Olivier Awards, including the Best Actress in a Musical award for Lee.

‘We wanted to make a piece that was shamelessly entertaining and proud to give everybody a really great night out, but also tries and hopes to go above and beyond to connect to your heart and soul as well,’ says Sheppard, on the topic of its success. ‘So you come hoping to have an amazing time and to see all of the spectacle, the glitter, the confetti and the pyrotechnics, and everything you find at a pop concert, but you leave hopefully having experienced the emotional transcendence that only theatre and live storytelling can really achieve.’ 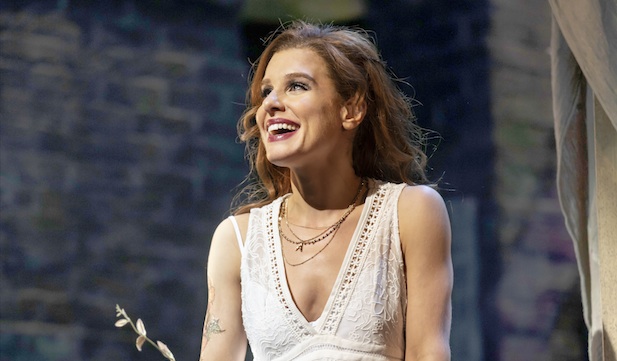 After months of working so intensely in one another’s company, the lockdown has been a tough adjustment for the company. They check in with one another over WhatsApp and Zoom, but it’s a far cry from the adrenaline-fuelled job of bringing a show to life in front of a public audience of 1,400 people every night.

‘Working in the arts isn’t just a job. People’s livelihoods depend on it, but for those who work in the industry, it’s our outlet to the world and it’s also a reason for being,’ says Sheppard. '[The lockdown] has seen a huge gap created in people’s lives. I think everybody has tried to fill it with staying creative.’ 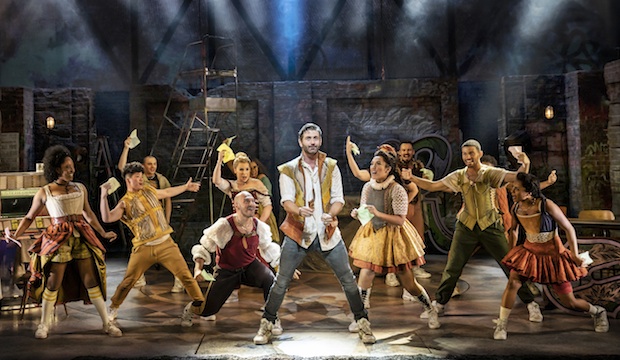 This is true of Lee, who has been producing dance and singing tutorials with her brother, the actor Dex Lee, and posting these on Instagram. ‘It taught me to do what you can with what little you have,’ she says. ‘In the beginning, we thought it was only going to be two weeks. But as it went on longer and longer, it started to feel really uncertain and scary.’

Seven months on and plans are afoot for & Juliet to reopen on 12 March 2021 – almost exactly a year after it was forced to bring the curtain down indefinitely. Will the show look any different? ‘Artistically, it’s made us double down on the sense of joy and togetherness,’ reveals Sheppard. ‘We’ll look carefully and if there are specific recommendations from the [latest Covid-19] guidelines, we’ll weave these into the fabric of the story. At the moment, we’re very focused on making March a celebration.’ 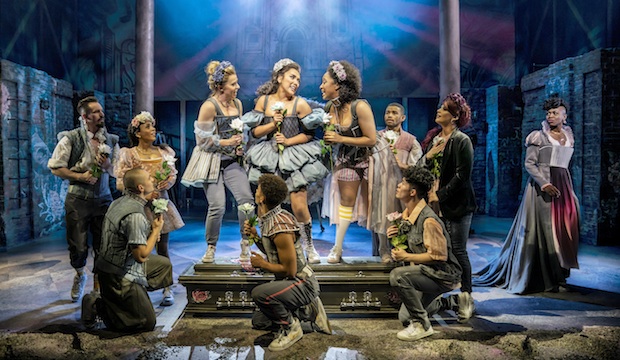 ‘This is the moment I've waited for / Won't hold it back, no, not any more / I'm startin' over with tears in my eyes’, goes an excerpt of One More Try, the only song written specifically for & Juliet. It’s a sentiment that feels eerily pertinent for the returning cast and creative team. ‘It’s a message of how sometimes things don't go to plan, but there’s always a second chance and there’s always a path through adversity. I think the song will have a special resonance,’ says Sheppard.

‘I hope audiences will come to our show and have two-and-a-half hours where they can absolutely forget about everything that’s happened this year and immerse themselves in joy and spectacle and glory,’ he adds. ‘But there will be a bubbling sensation underneath that there’s something very special about hearing live music after what we’ve been through.’

Click here to purchase & Juliet tickets and gift vouchers, and to find out more about the show.