An ode to London theatre

From the excitement as the lights go down to the electric feeling the experience leaves you with, there’s nothing quite like a night at the theatre 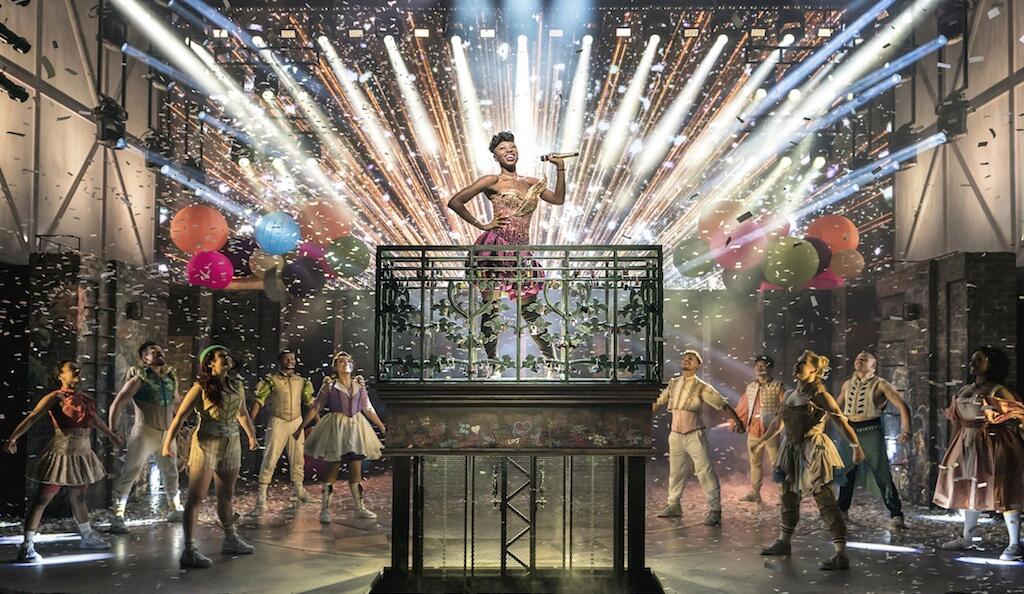 An ode to London Theatre (pictured: & Juliet star Miriam-Teak Lee, credit: Johan Persson))
In partnership with the Society of London Theatre (SOLT)
The mad dash through the streets beforehand when you’re running late. The relief as you spot the warm glow of lights proudly framing your chosen production. The thrill as you join the buzzy chatter circulating around the bar and feel a part of its electric energy. The anticipation as the lights dim and the curtain rises. And later, the feeling of being renewed and invigorated as you head back out to the real world, perhaps with a new perspective as well as a programme tucked under your arm. Oh, for a night at the theatre.

Trying to pin down with words why the experience of live theatre is so magical, powerful and unique is hard to do. It’s perhaps easier to think about the feelings it conjures up from deep within. Unlike many other pleasures first experienced in childhood that fade as we age (the excitement of going to a fair or playing in the park, for instance), the joy of live theatre sticks with you, revealing new layers as your tastes adapt and you delve deeper, discovering its richer, more intoxicating flavours within. Our enthusiasm for live theatre evolves as our appreciation for more challenging works blossoms. 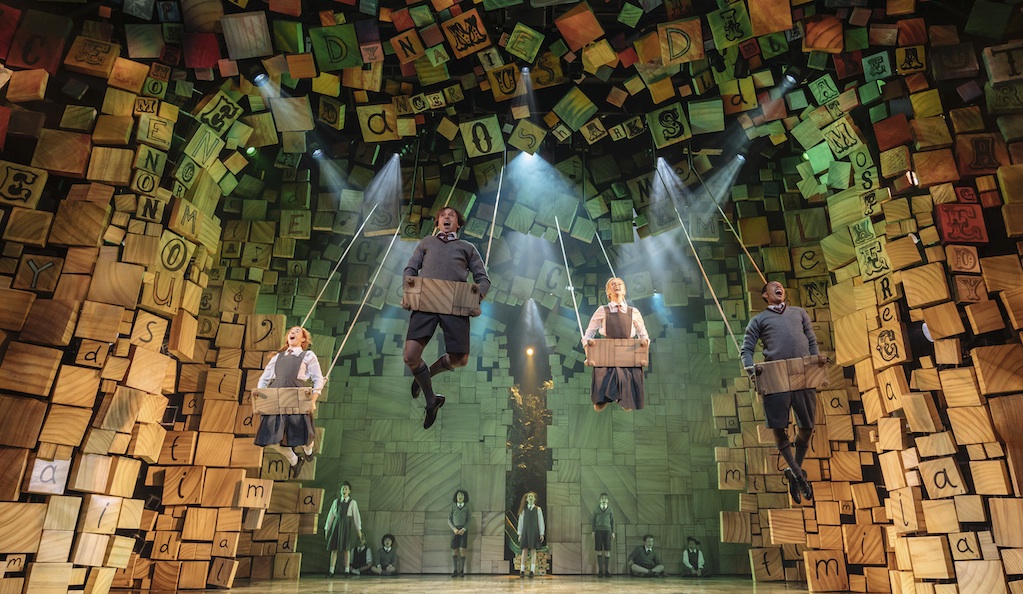 Theatre is an art form with a rich history in the UK. The Society Of London Theatre (SOLT) was established back in 1908 (albeit under a different name) by actor and theatre manager Sir Charles Wyndham, with a driving purpose to protect and unite West End theatre managers. Today, the not-for-profit organisation looks after the majority of London’s most prominent theatres – on and off-West End – representing the owners, producers and managers who work within the industry.

While nothing has devastated London’s theatre scene like the Covid-19 outbreak – which forced all venues to batten down the hatches on 16 March, with most remaining closed today, six months on – the industry has weathered fierce storms before. During World War II, theatres including the Shaftesbury Theatre remained open despite bomb damage. In 1941, a production of Noël Coward’s Blithe Spirit opened at the Piccadilly, requiring audience members to cross craters to get to their seats. 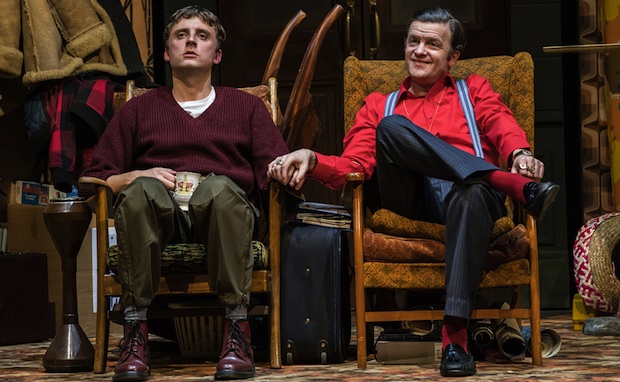 Only Fools And Horses: Photo by Johan Persson

As Dominic Cavendish points out in the Telegraph, it was arguably this brave comradery and defiance in the face of losing what we held dear that created the case for subsidising the arts and making them more widely available across the UK. In 1949, four years after the war ended, plans were put in place to build a National Theatre on the South Bank – the same one that stands there today – funded by tax payers’ money.

But the Covid-19 outbreak poses a very different threat to that of the last world war. No amount of Blitz spirit can fend off an invisible and deadly virus as it snakes its way through crowded spaces.

On 21 May, two months into lockdown, the prolific theatre producer Sonia Friedman penned an emotional letter in The Telegraph, bleakly declaring: ‘British theatre is on the brink of total collapse.’ Drawing on findings by SOLT, Friedman went on to state: ‘Without an urgent government rescue package, 70 per cent of our performing arts companies will be out of business before the end of this year. More than 1,000 theatres around the country will be insolvent and might shut down for good.’ 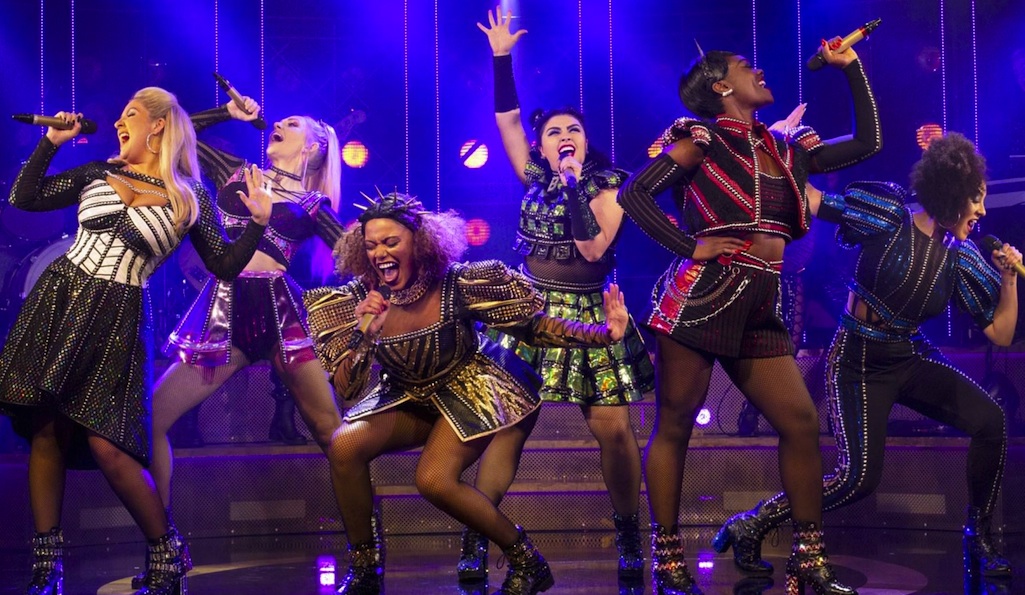 The sentiment was echoed by director Sam Mendes who, writing in the Financial Times, took matters a step further, outlining what a potential rescue package for the industry could look like.

SOLT and UK Theatre have since launched a new Theatre Artists Fund to help those working in the industry who have not been eligible for Government aid, nor been able to work since the theatres closed. Spearheaded by Mendes, the fund has been established with a £500,000 donation from Netflix, raising a total of £2,400,000 to date.

The organisations have since been developing a ‘See It Safely’ strategy to encourage potential audience members to feel confident about returning to theatres when they eventually reopen their doors. 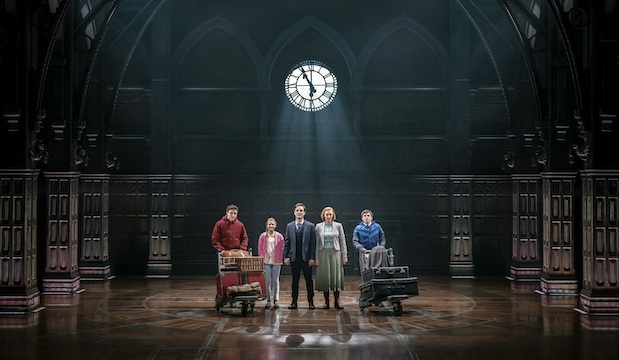 Harry Potter And The Cursed Child: Photo by Johan Persson

No doubt there will be a lot to return for. Between a spate of brave new works, diverse voices cutting it on mainstream stages, wow-factor set designs and on-stage talent, London’s theatre scene was going through a period of exhilarating transition prior to the lockdown, and was arguably at its most exciting.

There was Everybody’s Talking About Jamie, a coming-of-age musical (based on a true story) that used a teen drag queen protagonist to project the all-important message to young audiences that it’s okay to be different. Further along Shaftesbury Avenue, the stupendous & Juliet was offering Shakespeare’s tragic heroine a pop-fuelled alternative to dying in Romeo’s arms.

Who would have thought a 9/11-related story would have the capacity to be transformed into a heart-warming musical with a strong message of compassion? Creative couple Irene Sankoff and David Hein, who wrote the book for Come From Away, certainly did. 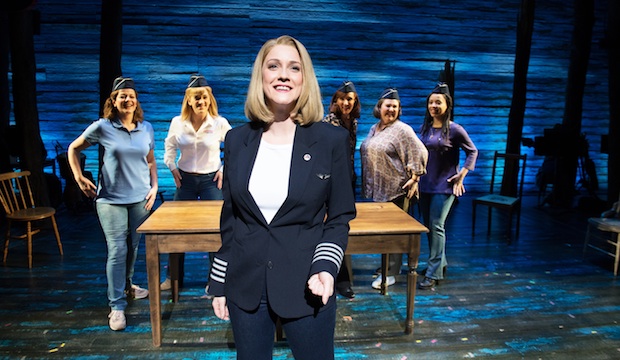 Come From Away: Photo by Craig Sugden

Also showing were a number of new works by old masters, including Tom Stoppard’s Leopoldstadt, which used a single family to examine the highs and lows of being Jewish during the first half of the 20th century. There were provocative state-of-the-nation plays too, including Clint Dyer and Roy Williams’s blistering new play, Death of England, at the National, and a revival of Mike Bartlett’s Brexit-inspired Albion at the Almeida.

And, there were reworkings of the classics, lending fresh perspectives and a modern lens to the plays we’ve grown up with, from Beckett’s Endgame – a production of which starring Daniel Radcliffe was showing at the Old Vic when it closed – to Pinter’s Uncle Vanya, showing at the Harold Pinter Theatre with Toby Jones in the titular role. 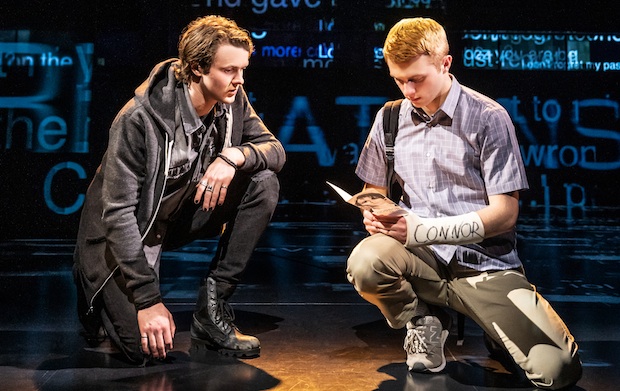 With any luck, many of the West End’s long-running successes will be able to return to the stage soon, while a spate of fresh new works pop up across the capital. In the meantime, you can help the industry get back on its feet by purchasing theatre tokens. A gift that gives back, these buy-now-use-later credits can be used at over 260 venues across the country – including London’s West End – and have no expiry date, meaning you won’t have to rush out and use them before you’re ready.

The West End is slowly, cautiously, reawakening from its six-month slumber. Everybody's Talking About Jamie and The Play That Goes Wrong are among shows to have tentatively announced reopening dates. Meanwhile, the Bridge Theatre has reopened, offering a socially distanced audience the chance to watch Alan Bennett’s Talking Heads monologues. And an all-new musical Sleepless, based on Nora Ephron’s 90s movie Sleepless in Seattle, has opened at the Troubadour Wembley Park Theatre.

For other venues and the creatives behind them, the journey to recovery remains an uphill battle. This leaves us, the appreciative former audience members, to wait, hesitant but hopeful, to find out what survives this crisis.