Two of the greatest works in the repertoire are interrupted by a magical combination of orchestra, conductor and soloist

At eight the leader of the National Children's Orchestra of Britain, at 16 named BBC Young Musician of the Year, at 30 she is branching out into new realms. In this unmissable Southbank Centre concert she performs with the Orchestra of the Age of Enlightenment for the first time. And that's interesting, because Benedetti shines in the romantic repertoire, while the OAE is renowned for its work in earlier music, in vibrato-free historically-informed performances.

The event is doubly attractive, because the conductor is Marin Alsop, music director of the Baltimore Symphony Orchestra and São Paulo Symphony Orchestra, whose British appearances are always impressive and memorable.

These formidable forces will play an all-Beethoven programme. The concert opens with the gentle and lovely Symphony No 4 of 1807, and in the second half Benedetti joins the OAE to play the Beethoven Violin Concerto. This work, like so many classics in the repertoire, got off to a bad start at its first performance the year before the symphony, in 1806, but has gone on to be adored by audiences and players.

Listen out for the concerto's spectacular cadenzas – inventive and virtuosic solo passages that explore both the material of the score and also the player's and instrument's unique personalities. There are dozens available, and the choice of cadenza helps make this concerto different every time. 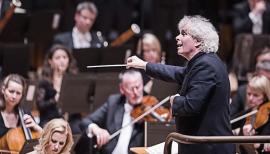 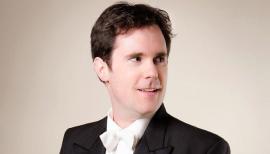