The creator of a third Figaro opera talks about settling in Britain, the magic of cats and a fascination with music hall 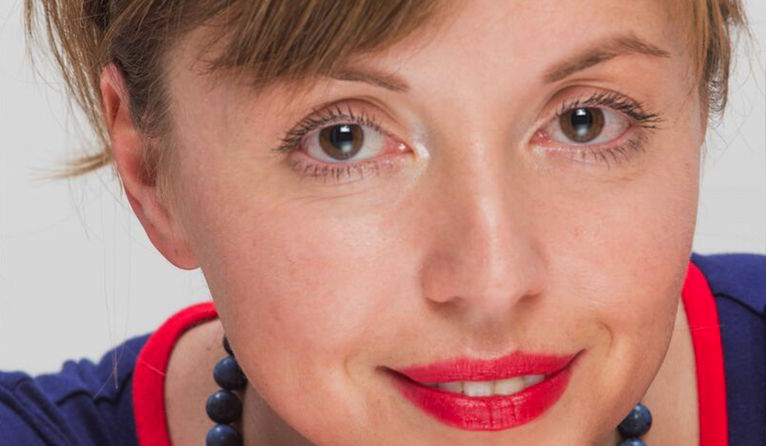 Elena Langer: a gift for melody. Photo: Rob Workman
When the composer Elena Langer first pitched up in London she didn’t speak English. She had followed her heart, both the romantic side – her husband was already here – and the creative part, too.

But that was nearly 20 years ago, and now she is at the very heart of music-making in Britain, with a stupendous full-scale opera for a national company recently behind her, another one in the pipeline and dozens of other pieces to her name. To that roll-call is about to be added a spectacular work for two pianos, specially commissioned by the second London Piano Festival.

Entitled RedMare, it was partly inspired by this year's big Russian exhibition. ‘At the time I saw Revolution at the Royal Academy I wanted to do something bold and show-offy for a festival. Two pianos – that’s 20 fingers. It’s like a whole orchestra!’

RedMare has been written for the festival’s Katya Apekisheva and Charles Owen to perform in their Two Piano Marathon concert during the four-day London Piano Festival on 8 October. ‘I’ve know them for many many years,' says Elena. 'Katya was part of the Russian gang.’ And Charles saw her 2003 opera The Girl of Sand at the Almeida. Soon after the success of Langer’s Figaro follow-up opera (after Mozart and Rossini), Figaro Gets a Divorce, for Welsh National Opera, they asked for the festival piece. They wanted a Russian composer – this year’s festival theme is linked to the centenary of the Russian revolution.

Langer responded by choosing pictures by Kandisnky, Petrov Vodkin and Malevich as back projections for the first performance: ‘They are very Russian, very colourful, and Kandinsky treats the Revolution as though it wasn’t happening!’

Her work is not always on such a big scale. A CD entitled Landscape with Three People, released last year, included one song, This is My First Love Scene, that is miniature masterpiece. Her Two Cat Songs were inspired by the unexpected visit of neighbouring felines, Sophie and Georgia, whose very presence seemed to cure her then two-year-old son, who was very poorly at the family home near Highgate, an elegant and ingeniously extended house that she and her husband first rented, then bought.

Elena has had her own brush with ill-health, and music was her solace. ‘I have always loved my work, but after treatment last year for breast cancer it was my way of forgetting about that. The notes were in my control when nothing else was.’ And she has been used to having some control over her life, having, after all, taken that big leap to London in 1999.

‘I came to London without speaking any English. But I have a feeling for language: I read John Donne and I don’t always understand what he saying, but I know it’s good stuff!

It’s all a long way from Moscow, where she grew up: her mother was a teacher of the solfege system of learning music, her father a chemical scientist specialising in oil. ‘At one point I thought I would be a doctor, but I was so bad at science.’ You can see that would have been a drawback; luckily, her musical talent was already shining through.

At 18 she was studying musicology, but was encouraged by her teacher at 18 to go in for composition. Demonstrating characteristic breadth of ambition, she won a competition to enter the prestigious Moscow Conservatoire by submitting a big piece for cello and piano, a song cycle, and – partly because she had two boyfriends who were both clarinettists (‘One after the other and sometimes at the same time – it was all very innocent!’) –’ a piece for four B-clarinets based on Jewish folk songs. At one point she was a single mark short of being admitted, having taken many, many exams, but when two more places were created, she was in. Nonetheless, she was one of only half a dozen or so students who finished the demanding course.

When she met her Ukrainian husband Eugene, whom she married in 1995, ‘everything was corrupt and they were dividing Russia between a few oligarchs’. His boss’s boss was murdered, and Eugene headed for London, with Elena following at the earliest opportunity. She was offered places at all three top London music schools, but chose the Royal College because she had a Russian friend there.

‘I felt lonely and festered here for the first couple of years, and popped back to Moscow to see my friends and hang out. But the best thing that ever happened to me was leaving Moscow and moving here. I love everything!’ She indicates a mighty tree that rises high in the garden below her light and airy kitchen. ‘I love that oak tree, I love Queens Wood: I walk there every day. It’s a wild wood. In Moscow there are woods but they are so polluted.’

‘I’m very eclectic in my taste and I like to see everything. One of the best productions of The Magic Flute I have ever see was in Fulham – Papageno had a bicycle pump for a flute.’

After the commission to write the third Figaro opera, which took her by surprise – ‘You want me to write a sequel to the two best operas ever?’ she asked the librettist, opera producer David Pountney – she is writing for WNO again. Rhondda Rips It Up is a cabaret-vaudeville hybrid about the Suffragette movement. It will be staged in the suitably vaudevillian surroundings of Hackney Empire in summer 2018, with soprano Lesley Garrett as the MC.

‘I enjoy the fruits of other women’s work in the past, but I am not too bothered by feminism as a subject,’ she admits. ‘But this is an all-women cast and I feel so loyal to WNO. I looked at the libretto and I realised that I had to write tunes, and that I can do it, and now I don’t want to do anything else.’

To this end she has been studying the English musical hall tradition. Many artists, she discovered, came, like her, from a Jewish background. ‘I wasn’t brought up as a practising Jew, but my family were killed in the war.’ She particularly admires Leonard Bernstein, George Gershwin – the Jews whose families came from the same area as hers. She also likes Russian folk limerick-style nonsense and crude verses – ‘It’s what they did when they didn’t have YouTube.’

‘Jewish composers write good cheap music! It disappeared after Bernstein – everyone is doing depressing things. I’m bored with depressing things. I wanted to write something with humour, like Kiss Me Kate and Anything Goes. Rhondda has music all the time, foreground, background.