With gorgeous Mendelssohn and Brahms melodies so excitingly communicated, the only problem will be how to stop singing along....

So popular is the performance sure to be, that there are two chances to hear it (15 and 19 Oct).

The concerto will sit alongside another great favourite – Brahms’s cheerily pastoral Symphony No 2. Written in 1877, it is sometimes compared with Beethoven’s Sixth, the Pastoral, such is its airy, outdoor feel.

These two solidly 19th-century pieces will be joined by some 21st-century innovation: Thomas Adès’s Three Studies from Couperin, which cast the French Baroque composer’s music in vivid new light. Adès is one of the most exciting composers working today. His new opera The Exterminating Angel was a five-star occasion at the Royal Opera House.

All these treats will be under the masterly control of Sir Bernard Haitink, whose quiet authority and meticulous musicianship guarantee a very special evening. 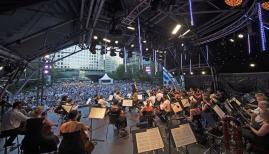 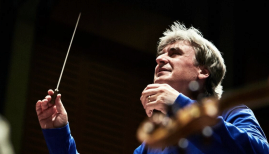