Three beautiful pieces, and nothing to pay. What more could any music-lover want?

London Philharmonic Orchestra Outdoors, Canary Wharf London Philharmonic Orchestra Outdoors, Canary Wharf Claudia Pritchard
Here's one of the nicest evenings in Canary Wharf this summer. Three favourite orchestral works are played by the scintillating musicians of the London Philharmonic Orchestra. It starts early, finishes early, and there's nothing to pay.
Bach's up-tempo Concerto for Two Violins is played with the Brandenburg Concerto No 3 and Vivaldi's evergreen Four Seasons.
The concerto was written when the prolific Bach was Kapellmeister at the court of Anhalt-Köthen, around 1717, and features two brilliant soloists whose music turns and tumbles, and sings dreamily until the final Allegro. Pieter Schoeman and Katalin Varnagy are the soloists on 8 August.
The Brandenburg Concerto was composed at around the same time, and features the orchestra's brilliant string players.
And while Vivaldi's Four Seasons needs no introduction, it never fails to reveal new images of the cycle of the year from verdant spring to shivering winter.
Pack some plastic beakers and be prepared to sit on the ground – no portable furniture or glasses allowed – and don't forget the salt and pepper.
by Claudia Pritchard 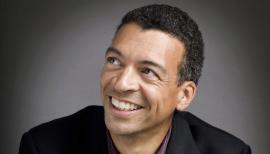 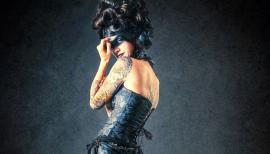