With world-class classical singers and players, it punches above its weight – and now a Frank Gehry Wimbledon concert hall is on the cards 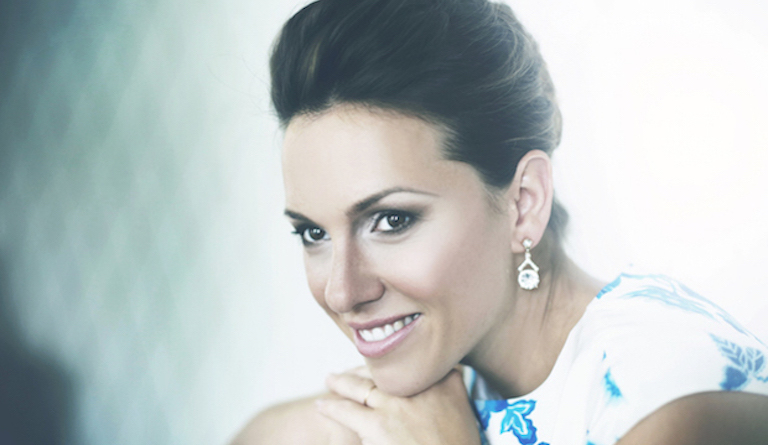 Soprano Mary Bevan is among soloists in the Bach B Minor Mass on 18 Nov. Photo: Victoria Cadisch
With small-scale venues a few minutes' walk from each other, Wimbledon International Music Festival is a travelling party for music-lovers, and the village-y atmosphere and rare chance to be up close and personal to the audience attracts top-flight performers too.

This year, the ninth season, the festival runs from 11-16 November, and features top-name concerts as well as educational events. But this year too, all eyes will also be on exciting plans for music in south-west London, with a proposal to build a world-class concert hall on the site of the Hartfield Road car park behind Morrisons supermarket.

What's more, those lobbying for a new concert hall want Frank Gehry, no less, to transform the space. Gehry is the man behind the dynamic and inspirational concert hall in Los Angeles and the Guggenheim art gallery in Bilbao.

Dancer Darcey Bussell, conductor Vladimir Ashkenazy and, as resident orchestra, the Philharmonia are behind the scheme, which would kick in in 2019, if Merton Council take up the idea. The concert hall would seat 1,250 and be suitable for all types of music. Music-lovers should click here to find out more and to back the scheme.

In the meantime, this year's festival lives up to its international name with artists from musical cities including New York, St Petersburg, Leipzig and Salzburg. Most of the concerts take place in St John's Church, Spencer Hill and Trinity Church, Mansel Road, SW19.

The brilliant Swedish trumpeter Håkan Hardenberger opens the festival (15 Nov) with percussion virtuoso Colin Currie, and the following night bass Sir Willard White with players Counterpoise sings songs from the shows including I Got Plenty o' Nuttin' and It Ain't Necessarily So (16 Nov).

Not to be missed are the scintillating Russian Virtuosi of Europe, dynamic London-based Russian players, who perform Shostakovich's searing Quartet No 8 and the meltingly lovely Tchaikovsky string sextet Souvenir de Florence (17 Nov). Watch out two for a powerful performance by the Academy Choir and Baroque Players of Bach's B Minor Mass (18 Nov); soloists include soprano Mary Bevan and tenor Andrew Tortise.

After many other attractive nightly concerts, the festival concludes (26 Nov) with the Philharmonia Orchestra conducted by Robin O'Neill in symphonies by Mozart and Haydn, and joined by soloist Gordon Hunt for Strauss's Oboe Concerto.

Tickets cost from £5-£35. Click here for more information and booking.

And watch this space for Wimbledon concert hall updates...