Before his appearance in detective period drama The Limehouse Golem in cinemas this Friday, we select the best films starring Bill Nighy, Love Actually star and quietly radical national treasure 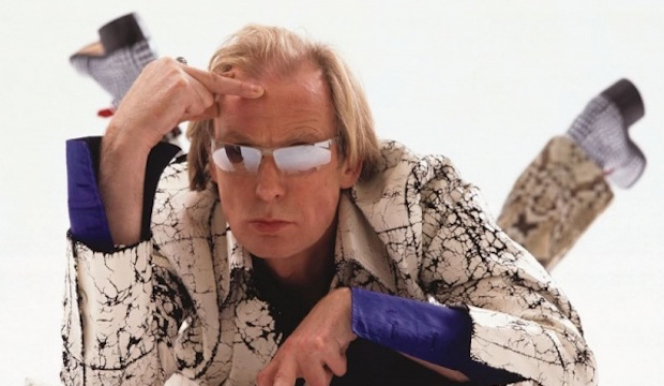 Bill Nighy love actually
A ragged alcoholic rocker. A cold-hearted assassin. A flesh-eating zombie. A murderous gunslinging rattlesnake. Does this sound like a candidate for national treasure status?

We certainly think so.

These are the many faces of Bill Nighy, the 67-year old actor who has graced our stages, screens, and airwaves for nearly four decades.

His career has been a definite slow-burner: he got his major breakthrough role at the ripe age of 54 as the washed-up boozed-up rocker Billy Mack in Love Actually.

His late-blooming probably has a lot to do with his characteristic nonchalant attitude. He spent years lounging around Paris trying to write a novel before turning to acting, a profession he has described as 'legitimised loafing'.

Now having made it as a famous professional loafer, he shows no sign of stopping.

His latest film, The Limehouse Golem, sees him descend into a crime-ridden Victorian London in search of a merciless killer.

Wrapped up in his trademark navy suit (he reportedly refuses to wear anything else), he rubs shoulders with the mad, bad and dangerous without batting an eyelid – or, crucially, putting a hair out of place.

This is what makes Bill Nighy so quietly radical: his ability to flirt with danger and dissent and disaster and still come up smelling like roses. There is none more dapper than this chameleonic actor, as our list of Nighy’s best roles will show.

Still Crazy follows the members of controversially-named band ‘Strange Fruit’ who decide to reunite twenty years after splitting up – with hilarious results.

Bill Nighy shines as the volatile frontman, Ray Simms, who has not lost one ounce of his self-obsession, or an inch off the lapels of his faux-leather jumpsuits.

Beneath the bravado, though, Nighy reveals Simms’ soft fuzzy core as a broken man going through a mid-life crisis – which actually makes him one of the most likeable characters.

You might not recognise Nighy in this role – and not only because he’s not likeable.

The team behind this film managed to work so much CGI magic on Nighy that it picked up the 2006 Oscar for Visual Effects.

As the terrifying human-octopus-crab hybrid captain of the Flying Dutchman, Nighy also managed to earn his own gong as Best Villain at the Teen Choice Awards, and again when he reprised the role in the 2007 sequel. No mean feat.

Nighy stars alongside Judi Dench and Maggie Smith as one of a group of pensioners who escape to a retirement home in India to enjoy their golden years.

Douglas begins his trip tethered to his wife and daughter back home and about as buttoned-up as an Englishman can get. But, after diving into the culture head first, he ends up staying in India and with at least two buttons undone.

Nighy has been a regular face and voice on the BBC since he started acting and was even considered for the lead role on Doctor Who.

He was pipped to the post by Christopher Eccleston. So perhaps his role in this film – as the boss of a pirate radio station broadcasting rock music banned by the BBC in 1966 – was subtle revenge.

Nighy channels some serious Sixties spirit in this film, even busting some moves. And honestly, his silk scarves almost deserve their own article.

Nighy cuts another anti-establishment figure here, although his dress sense is a lot less groovy – as you might expect from rural Wales in the early 80s.

He plays Cliff Barry, the leader of the local men’s union which kicks up a fuss during the 1984 British miners’ strike. He starts off pretty stale and stiff but with support from the ‘Lesbians and Gays Support the Miners’, he manages to loosen up and shake off his shyness.

However, despite the Wales setting, he doesn’t quite manage to shake off his English accent…

You know you have made it as an actor when you are cast to play an exaggerated version of yourself.

Ambrose Hilliard is an veteran actor not short on self-love who, at the same time, doesn’t take himself very seriously at all. So: Bill Nighy.

Although the film’s focus is on Gemma Arterton as a young female screenwriter battling sexism amid the devastation of the Blitz, Nighy manages shamelessly to steal the show – he gives some depth to Ambrose, a living embodiment of ‘Keep Calm and Carry On’.

In Valkyrie, Nighy portrays the real-life German officer Friedrich Olbricht who facilitated an attempt in 1944 to assassinate Adolf Hitler, known as the 20 July Plot.

It’s one of Nighy’s most straight-laced roles but also one of his most powerful. He holds his own in a strong cast which includes Tom Cruise and Kenneth Branagh.

Playing a ‘good Nazi’ is always tricky business but Nighy strikes a balance, managing to convey Olbricht’s conflict between duty and heart in a way that makes you see past the uniform.

Of all Love Actually’s characters, Nighy’s Billy Mack still seems outrageously highlighted in bold – an ageing popstar on his way out who rockets up the charts to score a very unlikely Christmas No.1.

As has become his speciality, Nighy runs the gamut from slightly off-putting vanity to teddy-bear charm. His wooing ways won him the Best Supporting Actor at the Baftas, among other awards.

He’s had better roles since his breakout one, but have any of them been more memorable?