Starring Daniel Brühl and Rosamund Pike, Entebbe teases out one of the Middle East’s tensest moments but struggles to make us see events in a new light

Entebbe film review 2 Entebbe film review Intern Culturewhisper
History, generally, is much more exciting than the actual past. Entertaining tales of grand gestures, grandiose statements and glamorous figures tend to be whipped up by the victors to add a little spice to what were probably bland, though bloody, squabbles and skirmishes. The true story this film is based on, though, is one case where fact actually proved stranger than fiction

Entebbe recounts Operation Entebbe, named after the Ugandan capital where the military rescue of a group of Israelis – passengers of an Air France plane from Tel Aviv – taken hostage by pro-Palestinian militants/freedom fighters/terrorists (depending on your viewpoint, the film makes clear) took place. The hijack was spearheaded by two hyper-educated Germans who reckoned they saw the beginnings of a new fascist regime in Israel, played here by a promising but squandered duo of Rosamund Pike and Daniel Brühl. 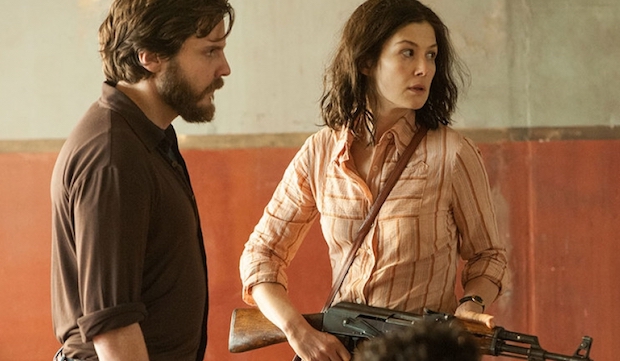 The filmmakers make the venerable decision to mine the human interest beneath the 24-hour news version of the episode. It’s a shame, then, that by taking the road less travelled, Entebbe wades into both cliché and irrelevance.

Rosamund Pike’s character is an implacable pill-popping nervous wreck who needs an underdeveloped romance with a fellow hijacker to shore up her motivation. Her partner in crime is your classic divided intellectual type, who gets squeamish when the prospect of actually using a gun becomes a real possibility.

On the other side, we have the embattled Israeli government, headed by Yitzhak Rabin (Lior Ashkenazi) and his righthand man, defence minister Shimon Peres (Eddie Marsan). They are cast with a shade of the villainous, so the film can avoid any accusations of pro-Israeli sentiment, but mostly we see them debating and weighing up their options – as most politicians (we hope) do – or stressing out, as most politicians are. 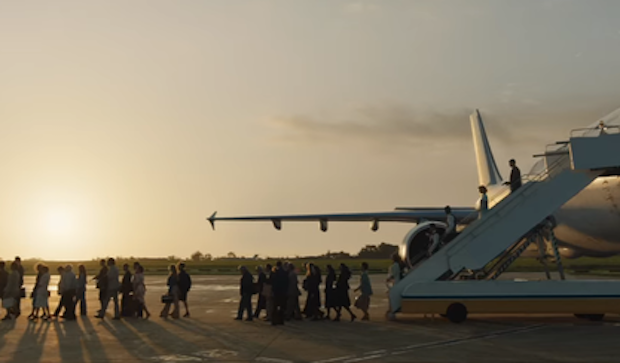 Tipping the balance for the ridiculous is Nonso Anozie’s Idi Amin, the then-Ugandan president who offered the Palestinians refuge. The performance is both a pale shadow of Forest Whittaker’s Best Actor Oscar award-winning portrayal in The Last King of Scotland (which also took on Operation Entebbe) and an overblown version of it, dangerously reinforcing the perception of Amin as a sort of buffoon.

In the same vein, the most daring, compelling and ultimately memorable feature of Entebbe may just be its most irresponsible one – the dancing, which not only opens the film but is spliced with the deadly military manoeuvres of the operation itself, in a frantic back and forth. The gesture is quite original, no doubt, but it runs the risk of beautifying a less than pretty act, revealing the film’s main confusion.

It wants to be lofty and down-to-earth; larger-than-life and true-to-life. If Entebbe’s goal is to sit somewhere in between – to show history in the making – then, sadly, it doesn’t quite make it.