With Been So Long, Netflix heads to Camden and lets Michaela Coel shine as a single mother who finds romance in a neon soaked musical

It would be presumptuous to make La La Land comparisons (based on the difference in budget alone) if the film didn't seem so comfortable making them itself. Both films set their respective cities alight with neon, fusing dreamscape with reality as their romantic leads slip smoothly in and out of song. However, in true London spirit, this central duo's dance number takes place not against the Hollywood hills, but in a greasy Camden kebab shop.

Based on Ché Walker's Young Vic stage production of the same name, Been So Long tells the story of Simone (BAFTA-winning Chewing Gum actor and writer Michaela Coel), a single mother with a disabled child and no time for dating. Despite her best efforts, she falls for Raymond (Arinzé Kene), a charming ex-con under house arrest. 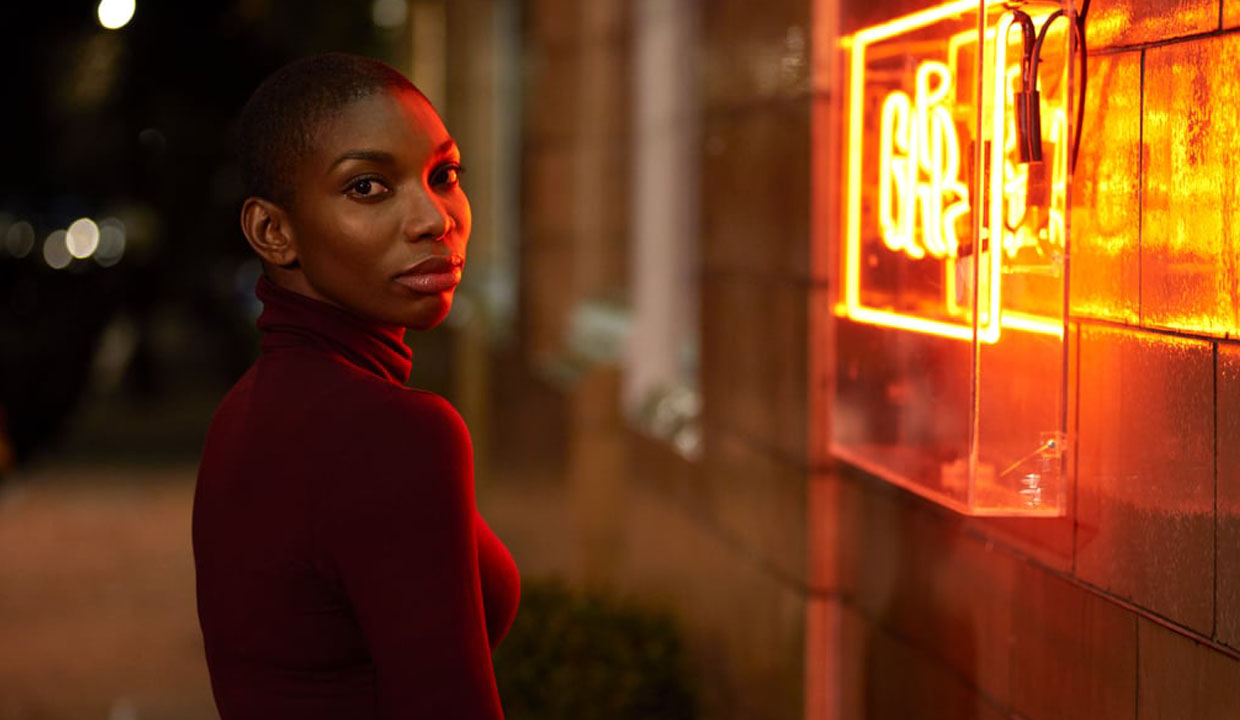 The film follows the pair on a bumpy road to romance as they grapple with changing identities and burgeoning responsibilities. Ronke Adekoluejo provides both the laughs and the heart as Simone's sister Yvonne, a charismatic tornado of bubblegum pink hair extensions, long red nails and witty one-liners.

Unfortunately, the film is let down by two underdeveloped secondary figures, Gil (George MacKay) and Barney (Luke Norris). Gil's strung-out aesthetic and violent behaviours don't pair well with the character's complete lack of backstory – he's supposed to be an addict, but we never see any substance abuse on screen. Then there's Barney, a moody local bartender who sings sad songs about gentrification and being friendzoned. The story could thrive as a portrait of Simone and her daughter alone.

Been So Long is full of heart, and despite a smattering of underdeveloped subplots, it manages to build a world of female characters who feel like women we know. They navigate London life together; complicated, fierce, fragile and bound by loyalty. As Krishan says, it’s hard to imagine these women anywhere else.

Reviewed at the 2018 BFI London Film Festival. Been So Long will be released on Netflix on 26 October 2018.