Looking for a museum experience unlike any other? Try an Uncomfortable Art Tour

The aim of Uncomfortable Art Tours, run by UCL art historian Alice Procter (aka The Exhibitionist), is as their name suggests: to make us aware of the colonial past and history of our great national institutions, and the political context behind the objects on display. That's an especially significant goal in our post-Brexit world, where ideas of Britishness sometimes get mixed up in lionising the ‘glory days’ of the Empire.

TRY CULTURE WHISPER
Receive free tickets & insider tips to unlock the best of London — direct to your inbox
The tours are also just great experiences, mostly because Procter is a brilliant guide. She has six years’ touring experience and it really shows – she’s an imaginative and vibrant teacher, passionate but never preachy. Her focus is a mixture of colonial material culture and the colonial history of the institutions themselves. She asks where the museums got their artefacts and artworks, and where those people got them.

Whether the objects should still be in the UK is an ongoing debate, and the tours don’t get bogged down in it. Instead, Procter encourages her listeners to keep asking questions about the displays: what's being shown, and what isn't. Who's speaking, and who's being spoken about. Who has agency, and who doesn't.

The tours are also interactive, much more so than run-of-the-mill guided museum tours. The whole point is to establish a dialogue with the displays, and what Procter says often throws up unexpected questions from her listeners that make the whole experience a truly educational one. You’ll come out of an Uncomfortable Art Tour not quite the same – and that’s no bad thing. Snap up a ticket to the next few tours in September while you can. 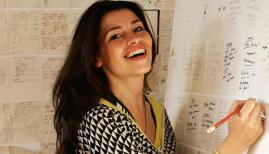