From large-scale outdoor installations to design-led talks and hands-on workshops, London Design Festival is a city-wide celebration of the best in contemporary design

The festival typically attracts around 600,000 visitors from 75 countries, and is a chance to marvel at the latest design innovations and hear from leading creators. 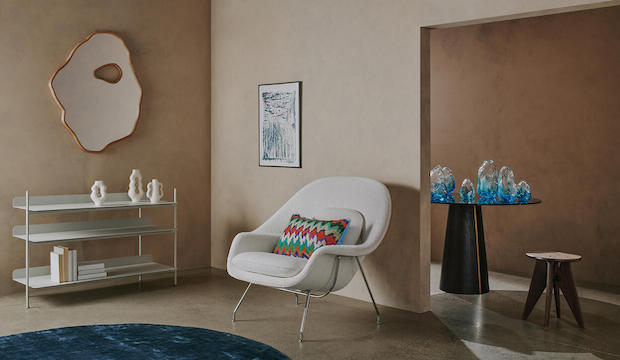 As well as showcasing large-scale outdoor installations, the festival is a melting pot of design inspo for the home. The Heal’s Discovers programme celebrates five new collaborations with designers selected as 'ones to watch'. Pieces from Lea Randebrock, Kieran Letts, Print Sisters, Amechi and Annabel Cucuz feature in Heal's retailer’s exhibition, in-store and online.

Tom Dixon’s is exploring materiality in his latest launch of furniture and lighting, on show at his base at The Coal Office in Coal Drops Yard, and Anthropologie is showcasing the singular plate designs of Fiona Leahy.

With the recent Tokyo Olympics still fresh in our minds, Japan House is reflecting on the lasting legacy of the Tokyo 1964 Olympic Games with its exhibition Tokyo 1964: Designing Tomorrow, featuring sports pictograms, original Games posters and the award-winning Tokyo 1964 symbol designed by Kamekura Yūsaku. 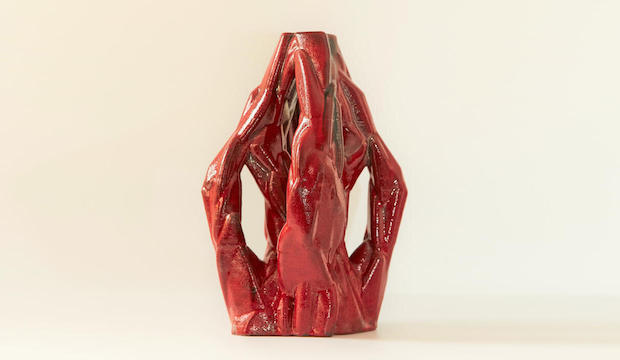 The programme offers plenty of workshops you can get involved with, too. Those interested in the art of 3D clay printing can listen in on an online talk with masters in the field including Fred Gwatkin and Heleen Sintobin. Meanwhile those in need of advice for sprucing up their own living spaces should book in to an interiors workshop hosted by Arlo & Jacob in collaboration with Topology Interiors. And revealing all is designer Henry Holland, who is speaking to WGSN’s Bethan Ryder about his recent work including his new ceramics range in a talk at Magazine London.

For many, LDF is all about the big show-stopper installations. Here’s what to look out for this year… 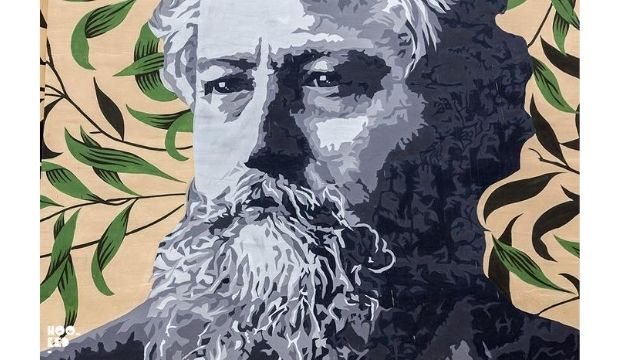 This year, there are 10 official design districts to explore: Mayfair, Clerkenwell, Islington, Shoreditch Design Triangle, King’s Cross, Brompton, Southwark South, Park Royal, William Morris Design Line and the new Design District at Greenwich Peninsula. Each offers a cluster of events within a short walking distance from one another. In addition, visitors can wander along two design routes: the Peckham Design Trail and the William Morris Design Line in Walthamstow, both examples of the city's up-and-coming design scenes. 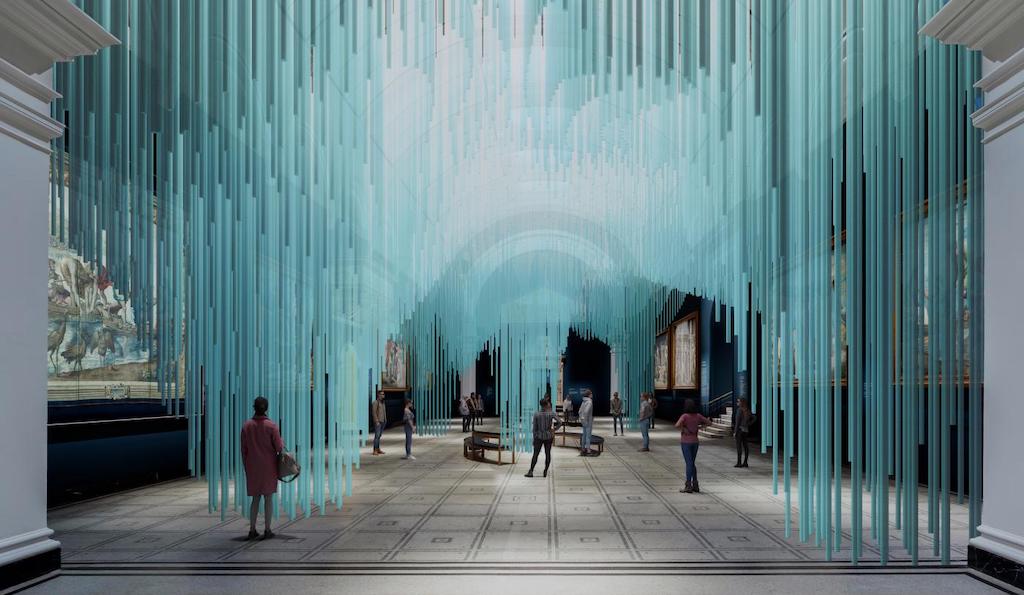 Each year, LDF commissions leading designers, artists and architects to create major installations which take up residence across the city's public spaces. Falling into this category are the Landmark Projects: major installations erected in the city’s most prominent spaces. Memorable past commissions in this field include British designer Paul Cocksedge's takeover of Finsbury Avenue Square with his playful, wavy installation: Please Be Seated. Before that, Es Devlin’s Please Feed the Lions invited passersby to ‘feed’ Trafalgar Square's giant red lion poetry, which was then projected onto Nelson’s Column in the evening.

This year’s Landmark Project comes by way of a collaboration between leading Mixed Reality studio Tin Drum and Japanese architect Sou Fujimoto. Called Medusa, the experience explores the relationship between nature and art using technology similar to augmented reality but presented on see-through display devices. See the large-scale, cascading exhibition in The Raphael Court at the V&A Museum.

Also not to be missed at the V&A is Nebbia Works' low-carbon, aluminium pavilion Between Forests and Skies, available to explore for free. 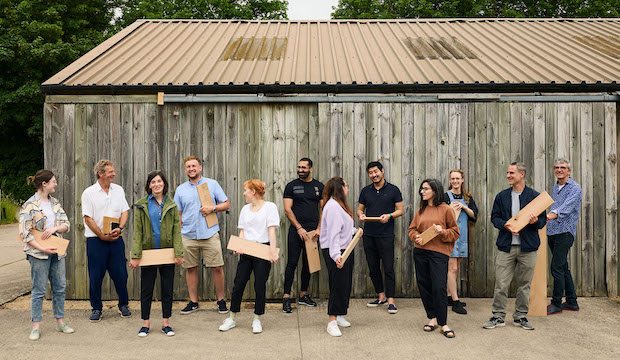 Further installations in public spaces come by way of the Festival Commissions, which this year includes French architect Arthur Mamou-Mani's Mellifera: The Dancing Beehives, a spiral of 3D printed beehives suspended in the Fortnum and Mason atrium.

For up-and-coming talent, look to Designposts, which sees each of this year's 10 Design Districts adorned with an individual sculptural waymarker designed by as many emerging creatives.

In King's Cross, design enthusiasts can get in on the action with Peter Marigold's The Unboxing Show, a chance to design your own cardboard model then see it fashioned out of waste cardboard by a machine. 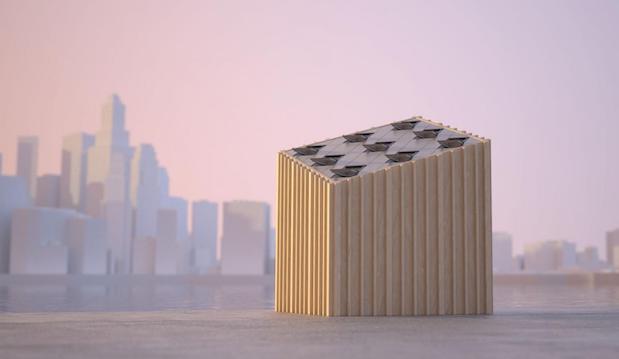 The Cube by VELUX®

Traditionally, the festival incorporates a series of Special Commissions which can be found inside architecturally distinguished cultural institutions, such as the V&A. This year, a single special project, The Cube by VELUX® aims to provide a sanctuary on the South Bank in which Londoners can restore and relax. Designed by Danish architecture firm Henning Larsen, The Cube features a mosaic of roof windows which open and close, admitting doses of daylight and fresh air, while a calming soundscape channels sounds of the sea. 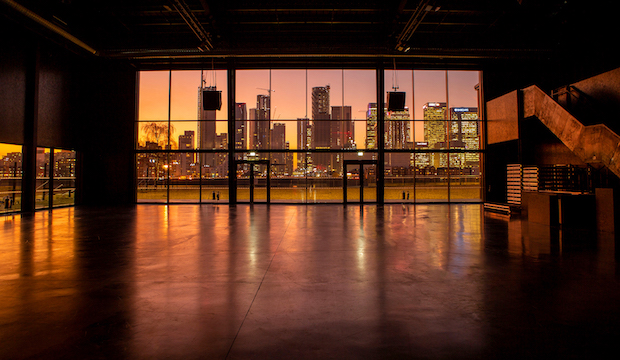 New for the 2021 festival is Design London (Wednesday 22 - Saturday 25 September), which sees vast North Greenwich venue Magazine London become the festival's largest hub of contemporary design, and a go-to for sourcing international furniture and lighting from esteemed designers. The four-day programme is being opened with a talk by British-Nigerian artist Yinka Ilori, who welcomes visitors into his self-designed, brightly coloured auditorium ‘Transparency in shades of colour’. Further speakers include designers Henry Holland, Eley Kishimoto and Pearson Lloyd. 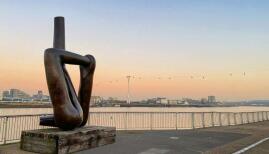 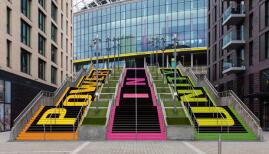