10 paintings to get you in the mood for autumn

If you are having trouble saying goodbye to the summer never fear, here are 10 paintings to get you looking forward to those autumnal hues 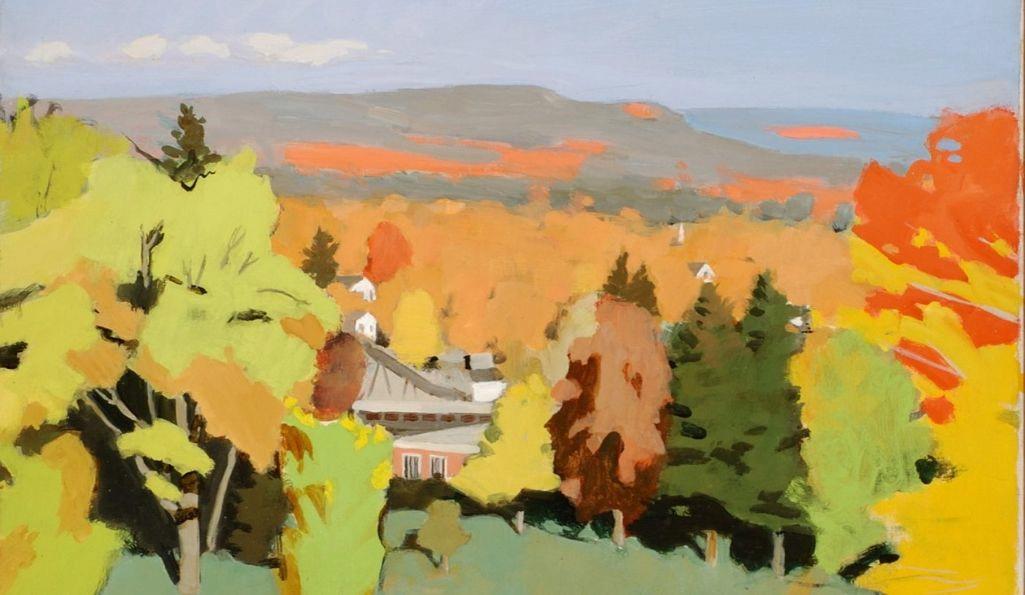 10 paintings to get you in the mood for autumn
The season of mists and mellow fruitfulness is fast approaching. Soon we will be donning our favourite jumpers, digging out our coats and pulling on our wellies for those longs walks through the fallen leaves. It is certainly one of the most dramatic times of the year and perhaps also the most romantic. Here are some of the best autumnal paintings to get you in the mood.

The Harvesters (1565) Pieter Bruegel the Elder 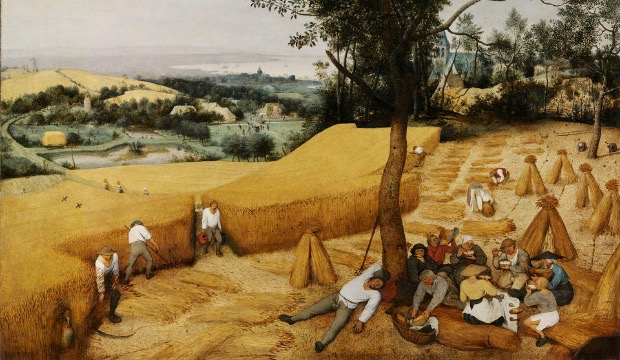 Dutch painter Pieter Bruegel the Elder is known for his playful scenes of villages life and his teeming allegorical works. Looking at his paintings can feel like a game of Where's Wally? but in this image, serenity prevails. In the foreground a group of harvesters break for lunch, while some diligent workers continue to scythe the wheat and make up haystacks. What is autumn, after all without the harvest? 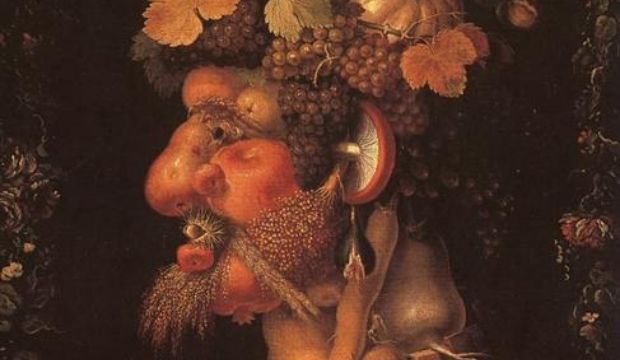 Arcimboldo could make faces from almost anything; fish, animals, flowers, miniature people. Here, Autumn is represented with an array of seasonal fare; a mushroom for an ear, a pear for a nose and a beard made from barley. 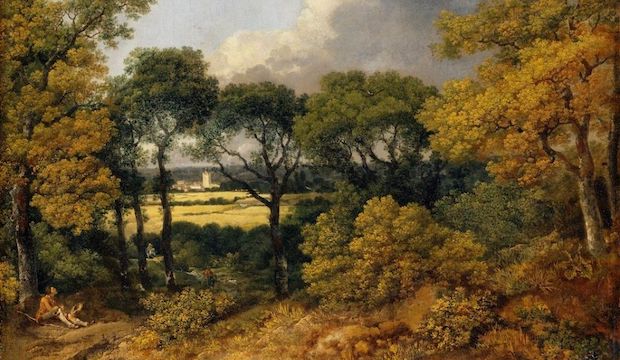 Wooded Landscape with a Peasant Resting (1747). Thomas Gainsborough, Tate Collection (not on display).

Thomas Gainsborough painted this scene of his native Suffolk when he was about 20 years old. Although he started as a landscape artist, he is much better known for his portraits. This image, looking through the trees, towards a village in the distance, perfectly encapsulates the restful early autumn afternoon. But, in the foreground, a seated peasant stares up to the approaching rain clouds, a reminder that the change of seasons brings with it a change of weather. 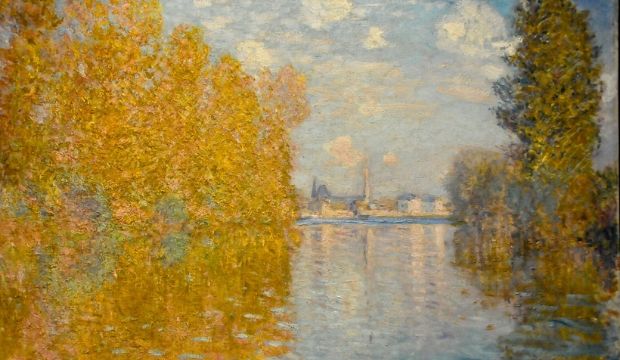 This glorious work by Claude Monet captures the soft, diffused light of autumn so beautifully. It is a fleeting moment frozen in time. Here we are looking from a branch of the river Seine, towards the town of Argenteuil, which is framed by the rustling orange poplars that line the banks. 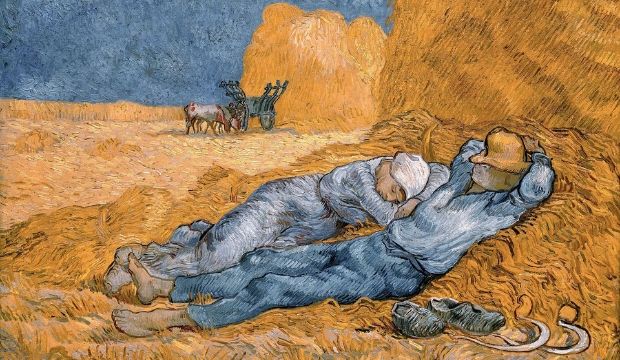 Here, a couple take a break from the strenuous work of the harvest. Van Gogh painted this image while convalescing in an asylum in Saint-Rémy de Provence and has taken the composition from Jean François Millet's work on the same subject. Only Van Gogh could make such a restful scene so charged with energy. 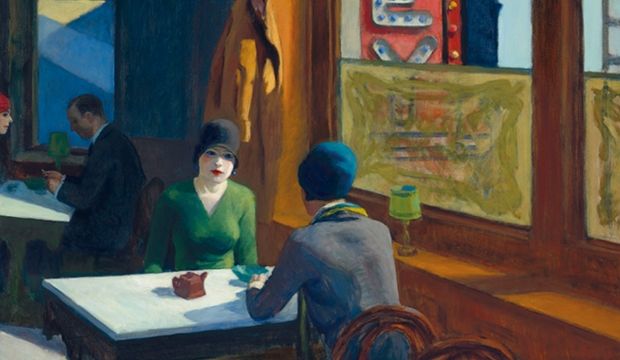 The joys of autumn lie indoors as well as among the reddening trees. Here is Edward Hopper's Chop Suey. Two women in hats sit down for a warming cup of tea, as the soft light streams in through the windows. It's a scene we can all relate to; one that reminds us of the simple pleasures of the cooler months. 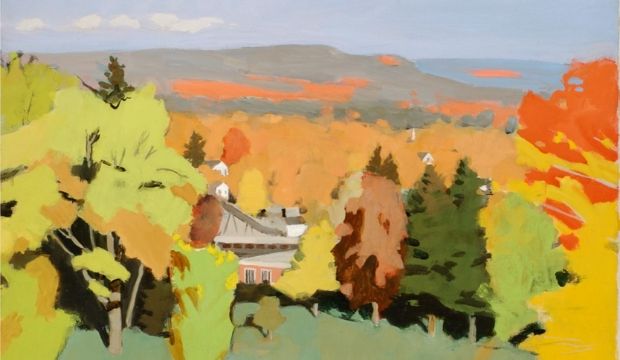 This is a detail from Fairfield Porter's painting showing the autumn colours of Massachusetts. Porter is a little-known artist on this side of the pond, but his simple, understated images manage to evoke the serene majesty of the American north-east, without pomp or circumstance. 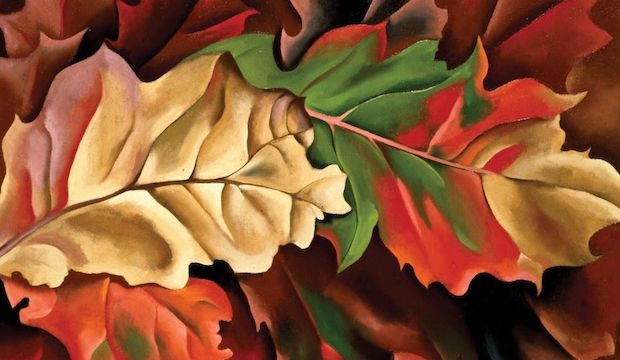 We're staying in the USA for this painting of autumn leaves by Georgia O'Keeffe. If this image doesn't make you want to reach for a pumpkin latte, nothing will ... 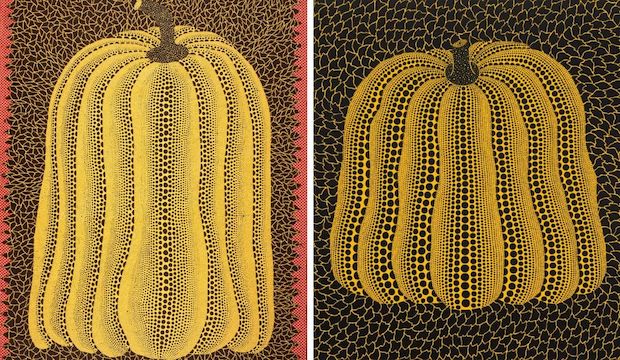 Speaking of pumpkins ... Yayoi Kusama (1929) is positively dotty for the seasonal squash. Over the decades she has painted them, reproduced them as acrylic lanterns and turned them into monumental sculptures, always covered in her trademark spots. Kusama painted her first pumpkin in 1946 and her passion continues to this day. 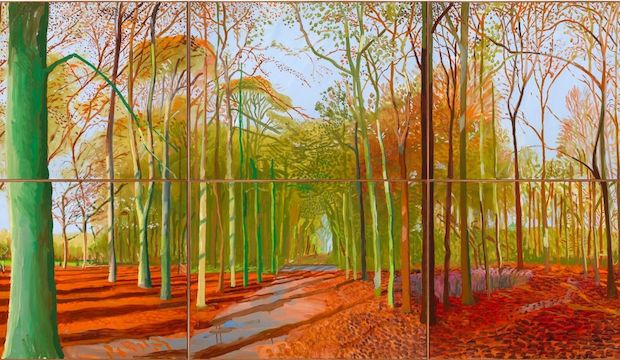 David Hockney painted Woldgate Woods, near Bridlington, East Yorkshire many times, capturing the scene in different seasons. This is a version created en plein air in November. It is so big, that Hockney had to divide the composition between six smaller canvases so that he could fit the finished painting up the stairs of his Bridlington studio. You can almost hear the crunch of those leaves!