Animals in art: artists and their pets

We all love cats and dogs, but for artists, our four-legged friends are often more than just companions; here are our round up of the best pets in paintings 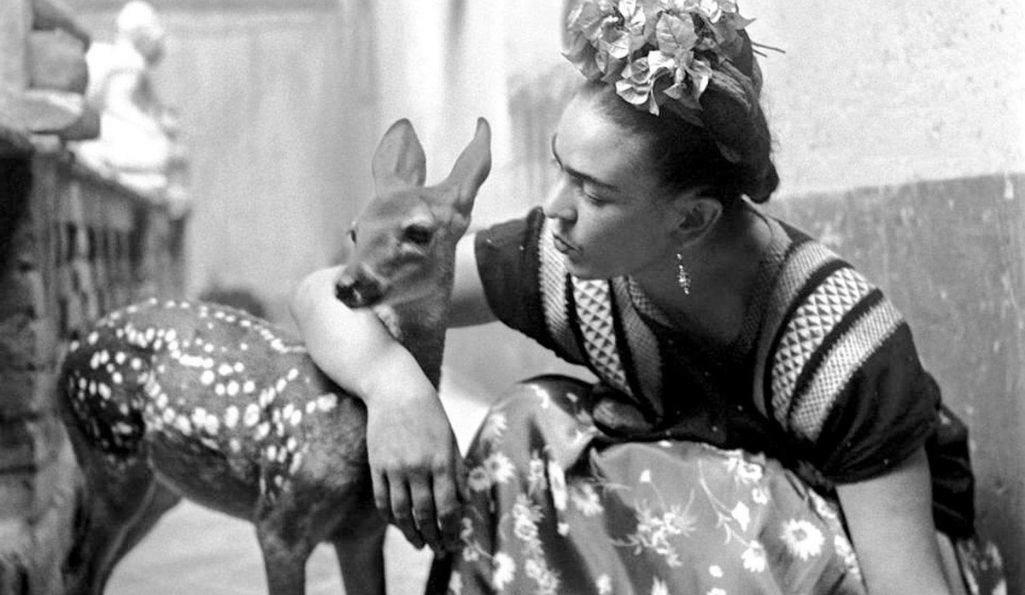 painters and their pets
Every artist needs a muse, but that muse doesn't have to be a human. Georgia O'Keefe loved dogs and cats, Joshua Reynolds owned a parrot that featured in his paintings and Salvador Dalí famously walked around with a pet ocelot named Babou. We bring you 10 more artists who have found inspiration in their four-legged friends. Here are the best pets in paintings. 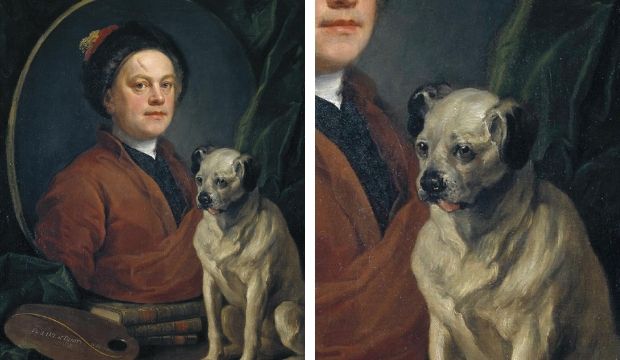 Here is Hogarth, with his much loved pug, Trump. Trump has cameo roles in several of Hogarth's paintings, including a group portrait of Captain Lord George Graham in his Cabin (he is on the far right, wearing a wig!) Trump has also been immortalised alongside his master, with a bronze statue on Chiswick's highstreet.


Gustave Courbet and his spaniel 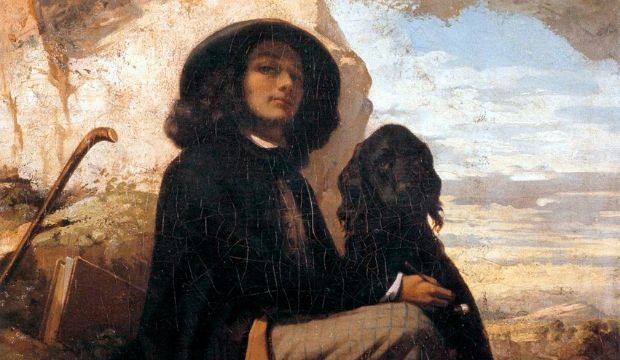 They say that owners end up looking like their dogs. Or maybe we pick dogs that look like us. Either way, we think that Courbet is the spitting image of his handsome pooch. Just look at those glossy locks. 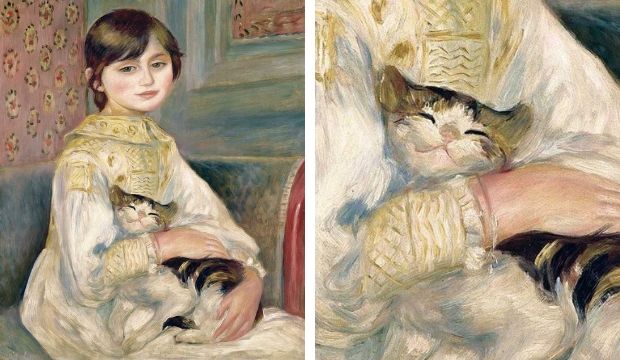 Renoir was always including cats in his paintings as the ultimate symbol of femininity. This is a portrait of Julie Manet, niece of the painter Édouard Manet, posing with a happy looking tabby. 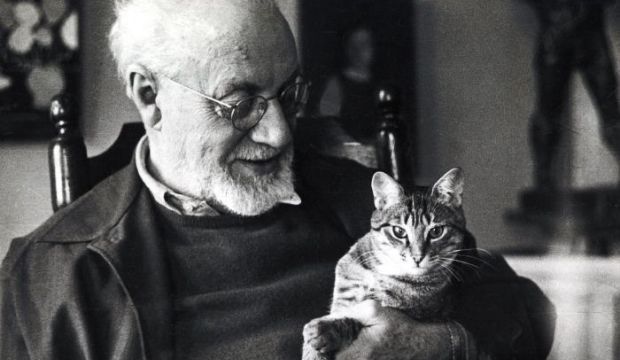 Henri Matisse loved cats. While living at the Villa Le Rêve in Vence in the 1940s, he owned three cats, Minouche, Coussi, and La Puce and is known to have fed them pieces of brioche every morning. He also kept pet doves, and these became a recurring motif in his work. 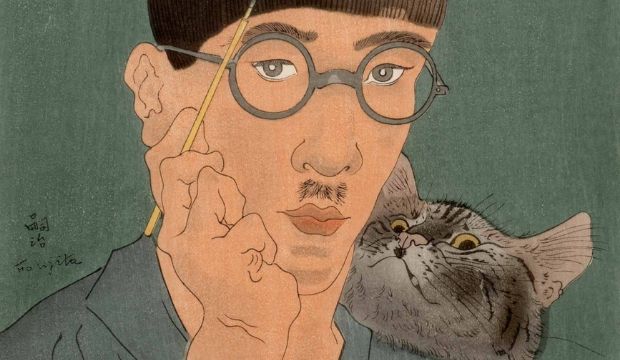 Japanese-French printmaker Léonard Tsuguharu Foujita was hugely popular at the height of his career, largely due to his prints of beautiful women with cats. Picasso was a huge fan and bought up armfuls of his works. 'I don’t need a pedigree cat,' Foujita said in 1926. 'I take in strays. There aren’t many of them in France, though I do come across one or 2 each year. And I look after them.' 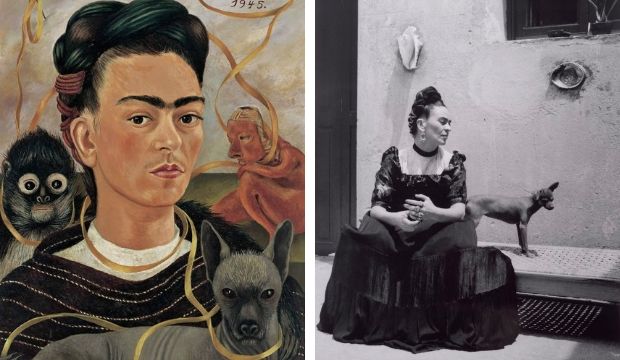 Frida Kahlo had many exotic pets including a fawn, a spider monkey and an eagle. But her dog, Señor Xolotl may have been the most unusual. He was a rare, hairless Mexican breed called a xoloitzcuintli, named after Xólotl, the Aztec canine god associated with the underworld. Señor Xolotl appeared in several of Kahlo's paintings, which were also populated with deer, monkeys and parrots. 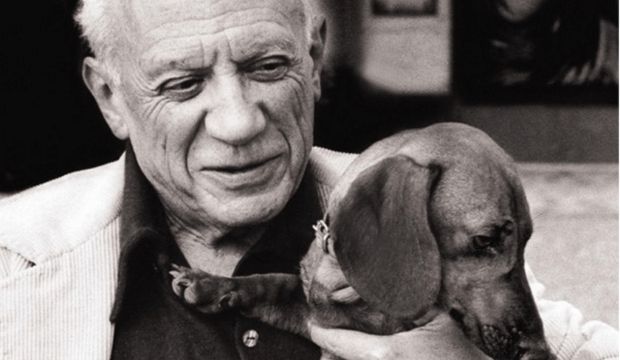 Picasso's much-loved dog Lump (named after the German word for Rascal) originally belonged to his friend, the photographer David Douglas Duncan, but ended up living with Picasso for six years. Duncan said of Picasso and Lump's relationship: "This was a love affair. Picasso would take Lump in his arms. He would feed him from his hand. Hell, that little dog just took over. He ran the damn house." Lump died ten days before Picasso in 1973. 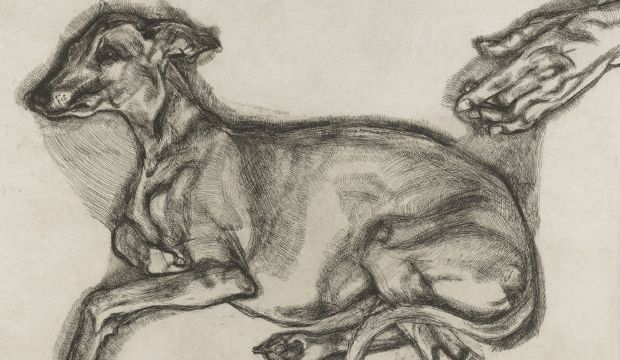 Lucian Freud included a whole cast of dogs in his paintings and his whippet, Pluto was a recurring star. Speaking in 2002, Freud said of whippets: 'I am impressed by their lack of arrogance, their ready eagerness, their animal pragmatism.' He aimed to paint humans and dogs in the same manner – comfortable in their nakedness, just as nature intended. Freud's daughter, Bella has immortalised Pluto as the logo for her fashion label. 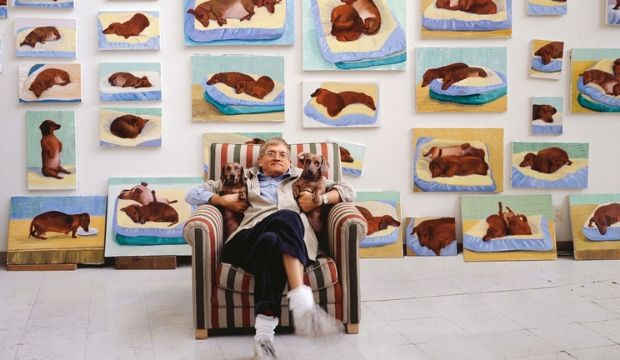 Over the course of two years David Hockney made more than 40 paintings of his Dachshunds Stanley (named after Stan Laurel) and Boodgie (so named because he 'looked like a Boodgie'). Hockney and Picasso are not the only artists to have owned sausage dogs; Andy Warhol had one called Archie. Warhol also filled his studio 25 cats, all named Sam.

Ai Weiwei and his cats 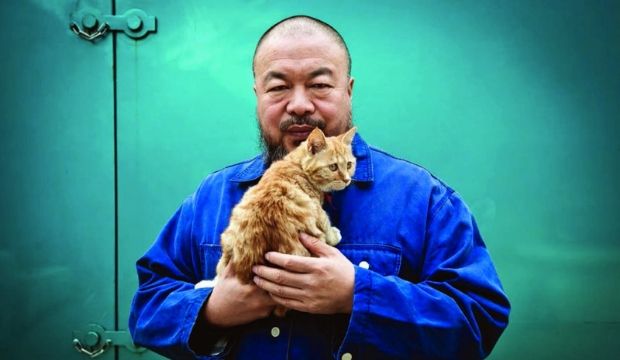 'It's all about the cats', Ai Weiwei said in an interview with the magazine Puss Puss. The artist's studio in Beijing was home to 30 felines, but Garfield was said to rule the roost.