Most Instagrammable ceilings in London

Magnificent mouldings, fine frescoes and exquisite friezes – some of London's best art and architecture can only be seen by looking up.

Architects of the past designed ceilings to shock and awe viewers, capitalising on celestial and cosmic imagery to create sublime canopies of colour radiating with narrative power.

There's no need to go through the agony and ecstasy of travelling all the way to the Sistine Chapel. From vaulted and neoclassical to Baroque and glass, we've rounded up the most divine ceilings in the city. 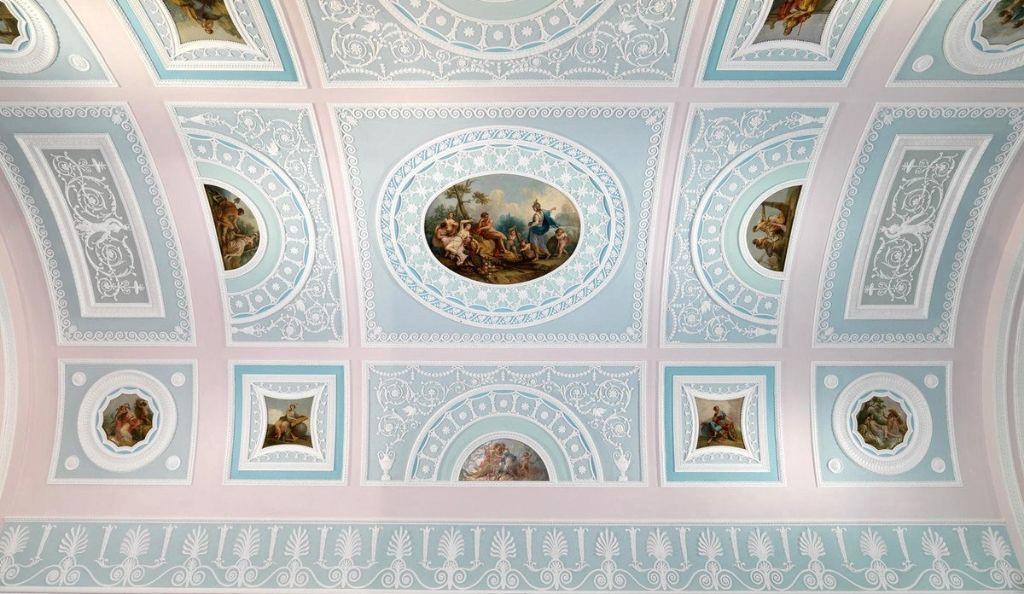 Look up and lose yourself in a pastel dream at Kenwood House’s Adam Library. This duck egg blue ceiling is adorned with 19 paintings by decorative artist Antonio Zucchi. Neoclassical nooks and crannies such as these make the 17th-century villa one of the most beautiful stately houses in London which is also home to a number of artistic treasures, including Rembrandt’s extraordinary Self-Portrait with Two Circles (c. 1665–1669). 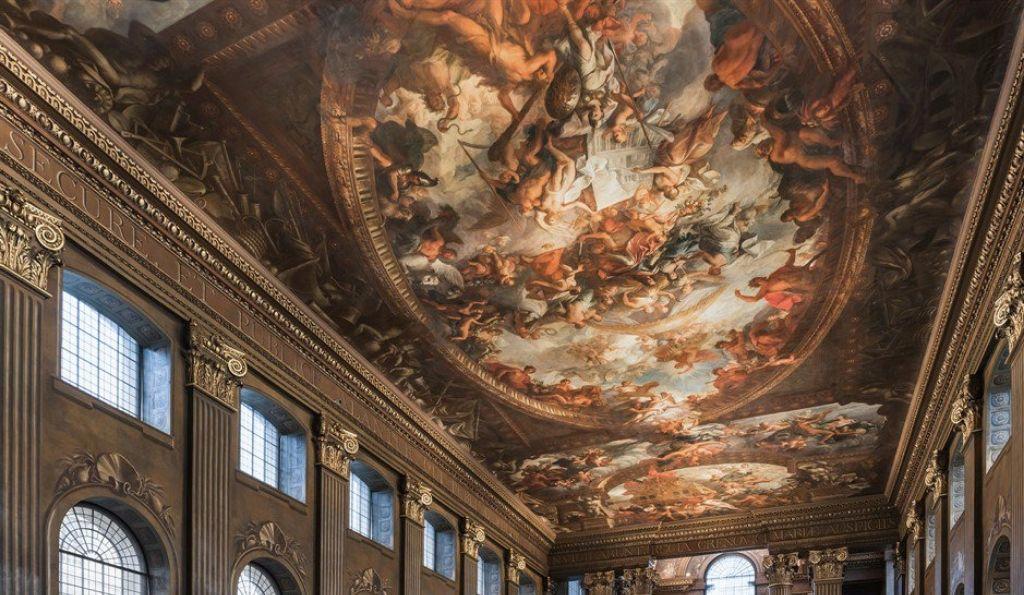 The lavish ceiling of the Painted Hall at Greenwich's Old Royal Naval College is an exemplary masterpiece of baroque interior design. British artist Sir James Thornhill lionised Britain’s maritime power and the reigns of William III and Mary II. With over 200 characters painted onto the ceiling, visitors can spend hours staring up at its busy composition, deciphering a story of story of political, cultural and scientific progress. 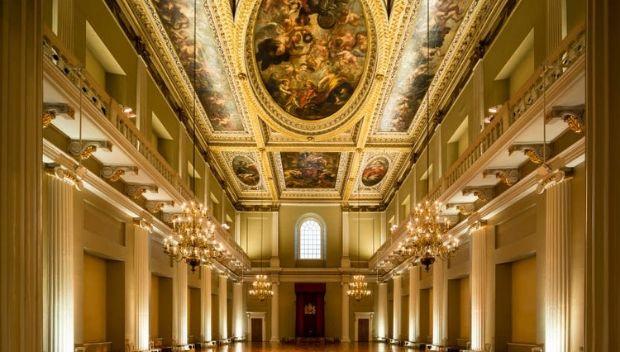 The 400-year-old Banqueting House in Whitehall boasts the only surviving in-situ ceiling painting by the Flemish Master Peter Paul Rubens. Rubens was commissioned by Charles I to glorify the Stuart King in his composition, however, his work was far from auspicious. In fact, the ceiling must have been one of the last things that the ill-fated King gazed up at before his execution outside the Banqueting House in 1649. 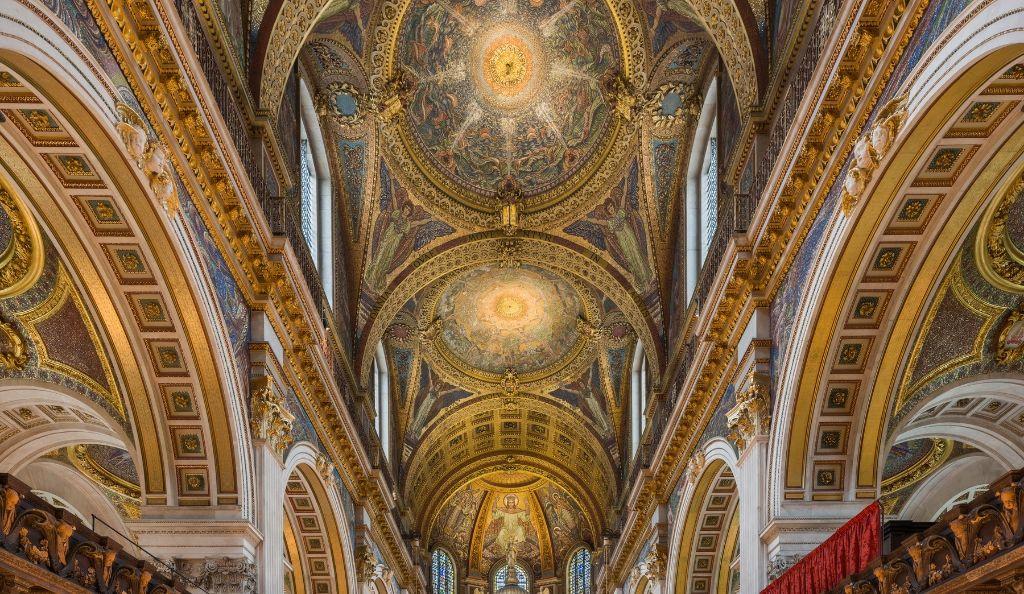 The ceiling above the quire of St. Paul's Cathedral is home to some of the most ornate examples of architecture in the city. Rich mosaics designed by William Blake Richmond depict biblical creation scenes which are teeming with fish, birds, animals and fruit trees. 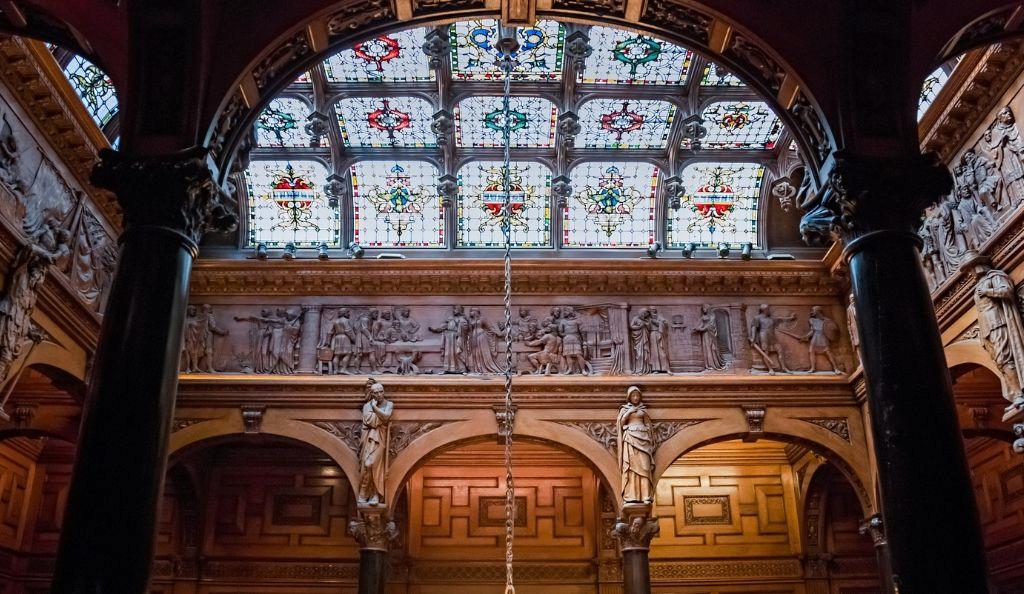 We could look at this stained-glass ceiling in this neo-Gothic mansion for hours. As well as marvelling at its luminous colours, notice the carved wooden frieze depicting characters from William Shakespeare's Othello, Henry VIII, Antony & Cleopatra, and Macbeth. 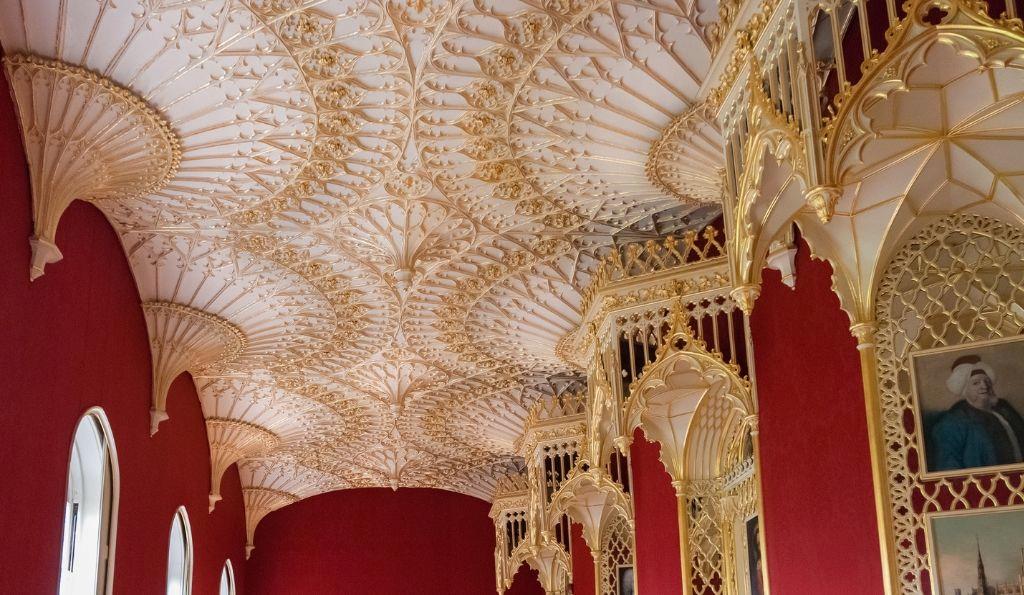 Horace Walpole’s gothic castle in Twickenham is a must for architecture fans and literature geeks. Walpole was the author of The Castle of Otranto (1764), the first gothic novel which would inspire an entire literary genre of sensational and supernatural reads. The writer made his own home at Strawberry Hill into a mock-Gothic mansion with chillingly-beautiful Gothic revival details such as this bespangled vaulted ceiling. 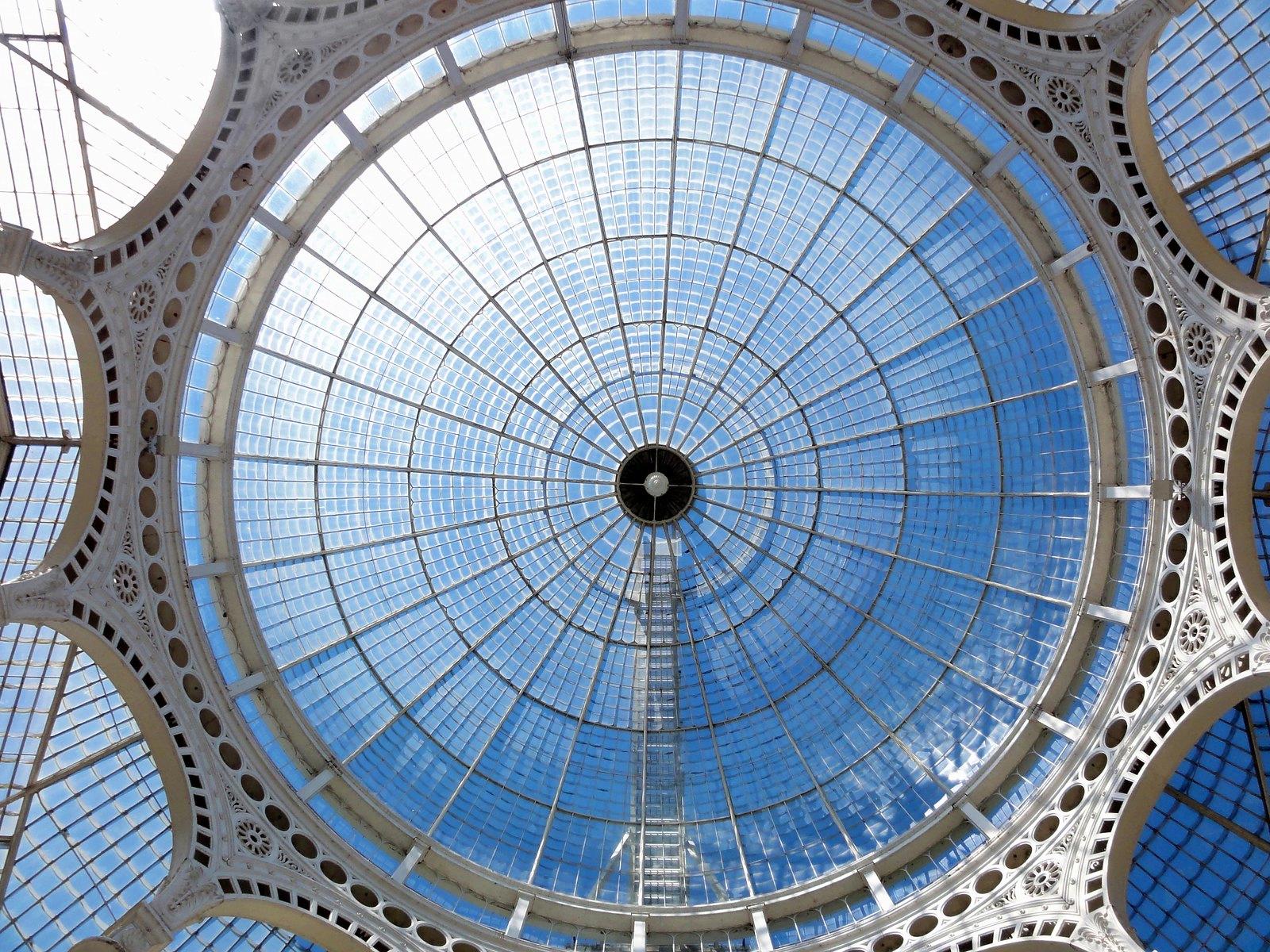 From Kew Gardens to the Barbican, London is packed with gorgeous greenhouses. These light-filled structures achieve the most perfect balance between interior and exterior spaces and is the perfect spot for a quiet contemplation of the firmament above. One of the most delightful conservatories can be found in the Duke of Northumberland's estate, Syon Park.