Born in rural Fox Chase, Pennsylvania, Carolee Schneemann (1939–2019) was fascinated the body, particularly the female body and within that her own; and just before they let you into the Gallery, Barbican staff make a point of giving you a series of ‘health warnings’ about the show’s content of nudity, violence and a myriad of other provocations.

Body Politics starts tamely enough, with Schneemann’s attempts to find and define her own artistic self; the first room in the exhibition displays a series of oils clearly inspired by French post-impressionism, with generous brush strokes and bright abundant colour. 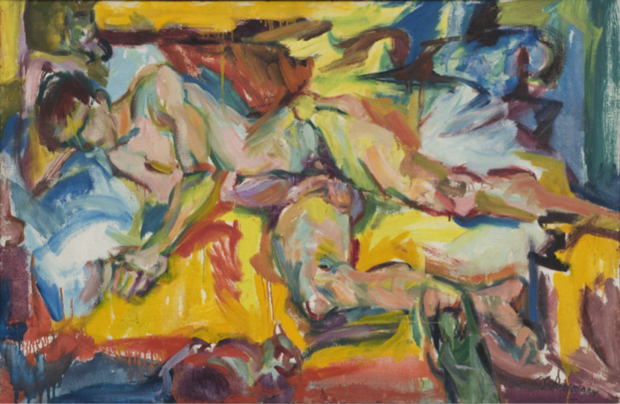 Carole Schneeman, Personae: J.T. and three Kitchs © Carolee Schneemann Foundation/ ARS New York and DACS London 2022
From then on we follow her swift evolution into more experimental, challenging work fuelled by the intensely creative climate of New York City where she moved in the mid-1950s.

Her paintings, now completely abstract, rebel against the constraints of the frame and ooze out, even while they draw in objects and become relief collages; in 'Box Constructions' she assembled seemingly random objects in paint-daubed glass-fronted cases, some looking like surreal dolls’ houses.

But it’s the body, and what she feels to be the centuries old attempt to minimise and deny the female body, that makes up the thrilling and challenging core of this exhibition. A feminist even before feminism took root, Carolee Schneemann described the origin of her body politics thus: ‘I had to understand why there were no women artists in my inherited story.... I believe the basis of creation was a female force denied for 2,000 years.’

She obsessively photographed herself nude, not in demure, artistic poses, but splayed, lying on a mess of broken stuff, her undaunted eyes firmly on the viewer, in one photo with two black snakes slithering on her front.

Live performance and film attracted Schneemann and she brought all her concerns and creativity to collaborations with 1960s experimental performers, such as Judson Dance Theatre, of which she was a founding member, and whose anarchic shows, such as Newspaper Event, are amply documented in photos and video. What she had described as her ‘kinetic painting’ evolved into ‘kinetic theatre’. 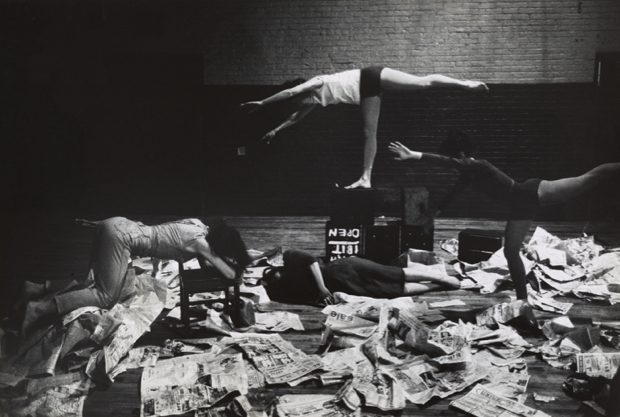 In the late 1960s she became passionate about politics, in particular the Vietnam war, and gruesome images of war, violence and mutilation run in a loop on a battery of old-fashioned television sets in the section on 'Personal Politics', where her visceral reaction to the 1982 Israeli invasion of Lebanon is also on show.

There are a few welcome moments of intimate peace, such as the vast panel of photographs of Schneemann’s loving relationship with a succession of cats; but on the whole Body Politics draws the viewer into Carolee Schneemann’s fervid imagination and fearless experimentation to such an extent that it drains both mind and emotions. Not a bad thing, though.