The refugee crisis, which dominated the news in 2015-16, has received significantly less coverage since the Calais Jungle was dismantled in the Autumn of 2016. While the situation is not currently hitting the headlines, and the number of arrivals in Europe has dropped due to government crackdowns, it’s far from resolved. Over one million people sought asylum in Europe in 2018 alone.

Refugee Week (17 – 23 June 2019) is a nationwide programme of events that celebrates the contribution of refugees to the UK. If you're keen to find ways to get involved, here's what's going on in London in aid of the refugee crisis. 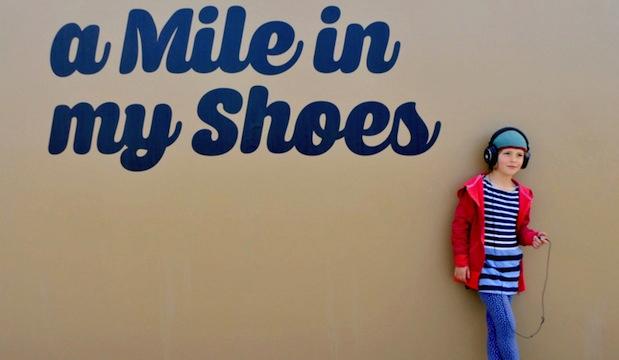 Choose Love x A Mile in My Shoes

Pop-up experience A Mile in My Shoes offers visitors the chance to step into the shoes of a refugee living in London and take a walk while listening to their story first hand. The experience, which is taking place at the Choose Love shop on Newburgh Street, features 12 stories which are being presented to the public for the first time. Among them are that of Lord Alf Dubs, who arrived in London as a child from Czechoslovakia and has since become a politician and life-long advocate for fellow refugees; and that of Aloysius Ssali, a gay refugee from Uganda who runs a community group for LGBTQIA refugees, asylum seekers and migrants.

The pop-up is a collaboration between the charity Help Refugees (which runs the Choose Love shop) and artist Clare Patey’s award-winning interactive art project, Empathy Museum. 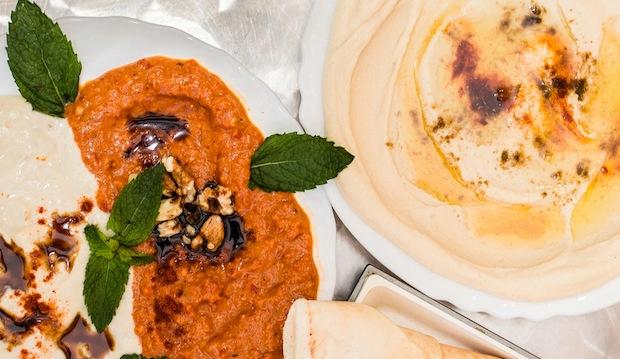 The Refugee Food Festival was launched in Paris in 2016 as a bid to improve the integration of refugees into the local community. Now in its fourth year, the festival has a presence in 15 cities across the world – and is coming to London for the first time. Each day, from 16 – 21 June, one of five London restaurants is opening its kitchen to refugee chefs.

Among the offering, guests can discover the flavors of Syrian cuisine with Chef Mohammed Rahimeh at Ombra; and the subtleties of Egyptian dishes with Ahmed Osman at Breddos Tacos. Refettorio Felix, Mercato Metropolitano and Pique-Nique are also hosting refugee chefs. Check the festival’s website to find out when you can enjoy unusual cuisines from around the world at each participating restaurant. 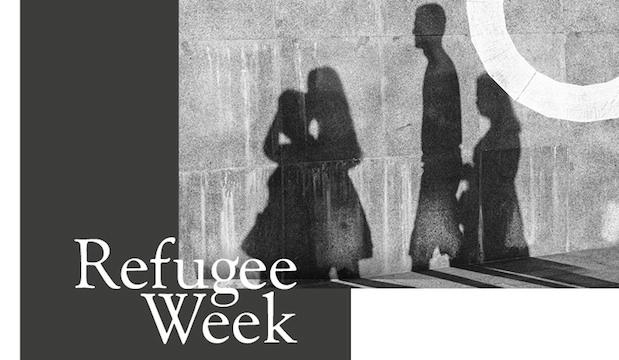 Shakespeare’s Globe on South Bank is offering a week-long programme of events in aid of Refugee Week. Highlights include Voices in the Dark: From Across the Globe, a devised piece presented by the British Red Cross Young Refugee Service and Compass Collective. The piece, which is being performed on Saturday 22 June, sees young refugees and asylum seekers drawing on Shakespeare’s explorations of home, refuge and belonging.

Also part of the programme, the Globe on Tour returns to the Globe stage to perform a trio of plays exploring themes of refuge and displacement. Audiences can even have their say on what they watch, casting their vote for either The Comedy of Errors, Twelfth Night or Pericles – all of which are stories of lost families, new homes and belonging. 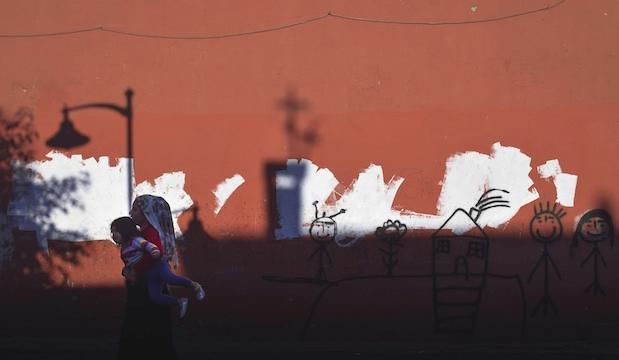 Refugee Week at The Institut Français

The Institut Français du Royaume-Uni has organised a programme of screenings and talks on the refugee crisis. Highlights include a screening of Afghan director Hassan Fazili’s film Midnight Traveller (20 June, 8:15PM), and a conference on ‘Migration and Emotions’ (20 June, from 3pm - 6pm), in which philosophers Fabienne Brugère and Miguel de Beistegui, geographer Aija Lulle, and activists Maddy Robinson and Claire Pilidjian reflect on the emotions created by migration among refugees and in host societies. The conference is being followed by a talk on women refugees, led by artist Kate Daudy, playwright Sophie Besse and UNHCR spokesperson Laura Padoan. 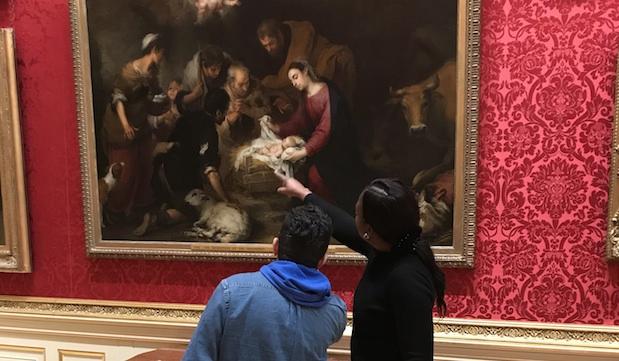 Head to the Wallace Collection at Hertford House for a tour given by one of the venue’s community ambassadors, refugees and asylum-seekers, who have been trained as volunteer tour guides. The tours are free to attend (but booking from the front desk at least 30 minutes in advance is essential) and provides a chance to hear about the art from a different point of view. 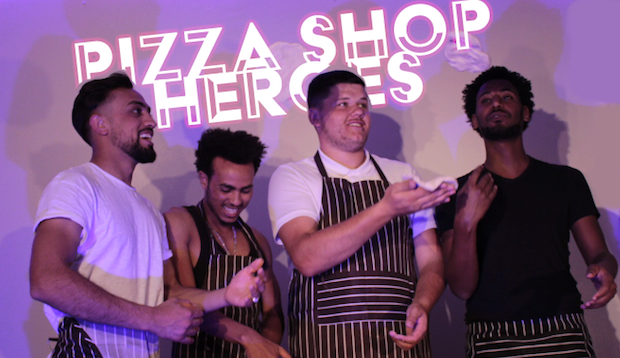 See four refugee actors take to the stage to tell their story in Pizza Shop Heroes, a play written by Dawn Harrison with Phosphoros Theatre. The play follows four former child refugees from Afghanistan, Albania and Eritrea, who (in the narrative) have found themselves working in a pizza shop. Together, they take their audience on a journey from the prisons in Libya and Greece to the UK, where they have conversations with absent Mothers and set about raising the next generation of sons.

At its core, Pizza Shop Heroes is a story of identity, family and fatherhood. It’s a play that puts refugees centre stage and was deservedly shortlisted for the Amnesty Freedom of Expression Award 2016. 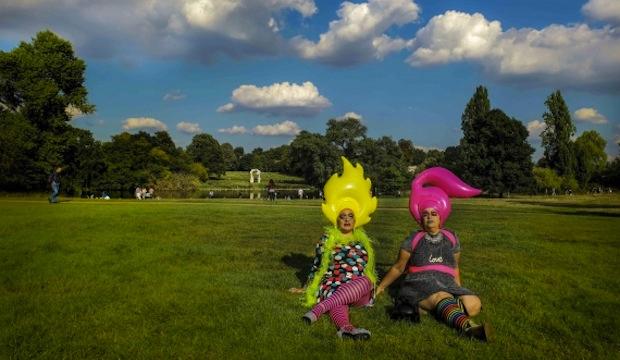 Catch the first live event from Performing Borders – an afternoon of performances, talks and food at the Live Art Development Agency in London. The event follows a series of pilot events across England and Nogales (where the US/Mexico border wall is), and has been curated by Alessandra Cianetti and Xavier de Sousa. The afternoon’s focus is on how we can work together to create borderless, anti-racist, non-binary, feminist, non-ableist, post-colonial spaces. The event is part of Antiuniversity 2019, is free to attend and a vegan lunch is provided for all those who take part. 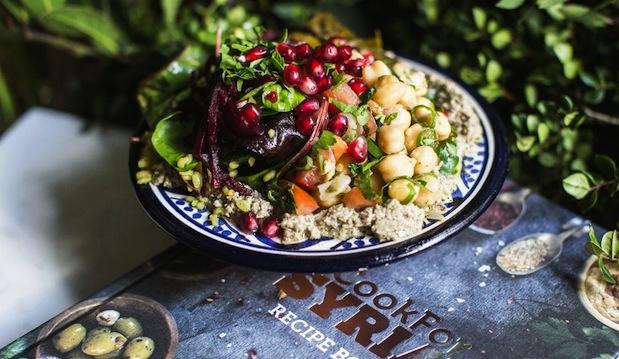 Over 12 million Syrians remain displaced by the war, five million of whom are outside their own country. #CookForSYRIA is a global fundraising initiative set up by food Instagrammer Clerkenwell Boy and founder of SUITCASE Magazine Serena Guen, which began as a fundraising supper club and is now a global movement helping protect Syrian children affected by the war.

The Cook For Syria website guides you through hosting your own supper club to support the cause (sharing Syrian recipes and tips for hosting from experts Jackson & Levine). You can also purchase recipe books, donate directly and find out how to go about volunteering at restaurants during November, when #CookForSYRIA takes place across London. Chefs previously involved in the project include Yotam Ottolenghi, Damian Clisby of Petersham Nurseries, Fergus Henderson of St John, and Angela Hartnett of The Connaught. 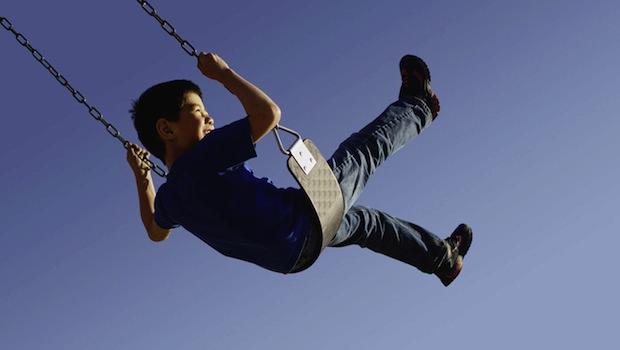 There are a number of organisations looking for volunteers to work with the refugees who have made it safely to the UK. Breaking Barriers is one such charity, focusing on helping refugees become integrated into society, find employment that matches their skill set and get settled in their new homes. The organisation is looking for volunteers able to provide one-to-one advice and guidance to refugees, as well as those who can provide tuition in English.

For more professional training, Coram Children’s Legal Centre provides one-day courses, covering the rights of young refugees and the processes affecting migrant and asylum-seeking children. Course prices start at £48 and participants gain a practical understanding of how to support these young people’s needs across different areas: the asylum and immigration system; trafficking; age assessment; and support transitioning into adulthood.