Léon Spilliaert’s (1881 – 1946) paintings are haunted. Grey faces, dark shadows and looming clouds populate his brooding mediations on the world in this exhibition at the Royal Academy. Even Spilliaert’s own image is positively ghoulish at times. One self-portrait from 1908 depicts the young artist with a face that appears to have risen from the grave; a floating gelatinous eye budges from a hollow black socket, while the mouth forms a monstrous cavern shaped by the horror of it all. Perhaps not surprisingly, Spilliaert was a fan of Edgar Allen Poe's writing.

Do not be discouraged if this sounds a little too dark. Things lightened up for the suffering artist after he met Rachel Vergison, a woman local to his home town of Ostend on the Belgium coast. With Rachel and their daughter Madeleine in his life, Spilliaert’s outlook changed somewhat, and his work took on colour and hope. These brighter landscapes are dotted throughout this exhibition, which examines the artist's love of the twilight hours and his fascination with the sea.

For a time, Spilliaert became fixated with his own image – the result, we are told, of a pervading state of existential crisis. In this way, he can be seen as Belgium’s answer to Munch, always searching his own reflection for meaning. In the glass-roofed sunroom of his parents’ house (which was conspicuously lacking in sun), he examined his visage with intense scrutiny, as if the answers to life’s questions might arrange themselves in his features. 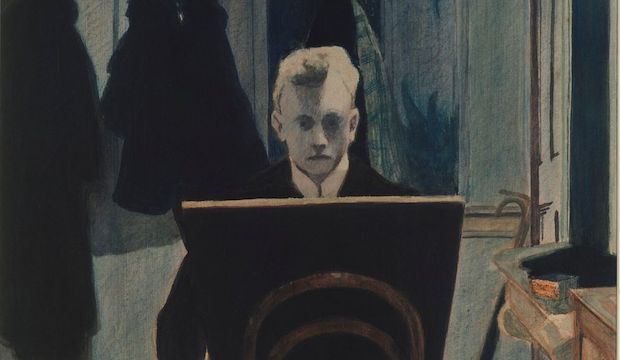 Spilliaert was an insomniac and plagued by stomach ulcers. This lack of sleep tells in the dark shadows that ring his eyes and his pale complexion, which practically glows in the dismal gloaming. One interior shows his own bedroom, lit for a moment by the passing flash of the town’s lighthouse, the bedsheets untroubled by sleep. He saw angst in others, too. Ostend was traditionally a fishing village and he captured the silhouettes of the fishermen’s wives, dark and sturdy, looking out to see in anticipation of their husbands’ return.

The sea was vital to Spilliaert’s work. When he couldn’t sleep, he’d walk along the coast at night and return home to record the shadowy landscapes he had witnessed.There is an air of German romanticism in some of these images (Caspar David Friedrich's Monk by the Sea comes to mind), also a touch of surrealism and the exaggerated perspectives of Chirico de Giorgio. But his painting The Shipwrecked, which depicts what could be the broken remains of a small boat, or merely a sandbank with some skull-like feature sitting on it, has an ominous atmosphere that pre-empts Peter Doig's canoe paintings. 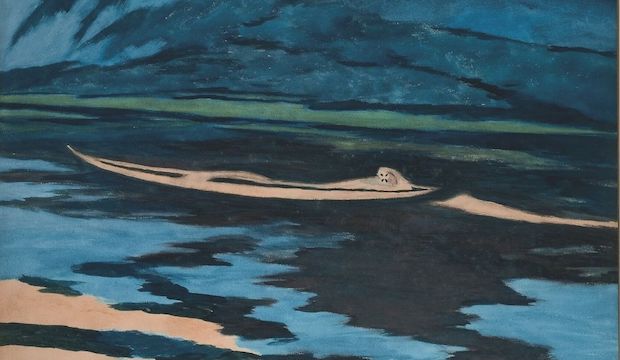 Although Spilliaert struggled in his early years, he went on to achieve success as an artist and enjoyed the patronage of the Belgium royal family. In 1902 he began working as an illustrator for the distinguished publisher Edmond Deman and was commissioned to illustrate the writings of Nobel Prize-winning playwright and poet Maurice Maeterlinck.

In 1917 he and Rachel fled the German occupation of Ostend, heading for Geneva. But funds were tight and they got no further than Brussels. Spilliaert spent the rest of his life moving between these two locations, unable, it seems, to fully relinquish life by the sea. Although his work lightened as he aged, this exhibition revels in the darker realms of Spilliaert's ouevre. Much of this exhibition is on the gloomier end of the spectrum, both tonally and thematically. And why not languish in the angst for while? I suspect that Spilliaert did. 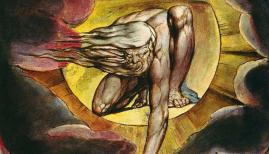