The first scene starts with lightning striking while venture capitalist Anne Montgomery (Renée Zellweger) paces around her skyscraper apartment. It's over-the-top and dramatically cheesy, as if she’s conjuring the storm, while spouting sayings about free will and consequences into an old dictaphone (‘Everything happens for a reason').

The scene ends with Anne writing, in big red letters, ‘AT ANY COST’, before the episode flashes forward to her book, strewn with that three-word title. 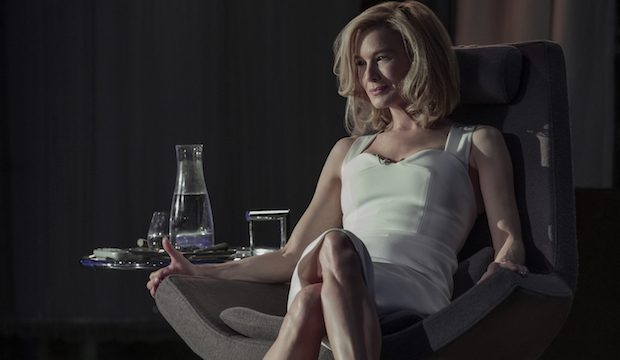 Surely, this is the time to cut one’s losses and find something better to watch? There are loads of series to catch up on, or rewatch. Isn’t that better than enduring What/If for another second? And yet... The episode continues, as if beyond any kind of control, like Anne is using her powers to make us watch. It can’t be stopped, no matter how intrinsically terrible the show is.

More than any other example of so called ‘trash TV’, What/If is annoyingly addictive – to the point where it's hard to know what taste is anymore. It’s like pulling a Christmas cracker and sharing the embarrassment of a bad joke – knowing it's bad, but enjoying the experience. This particular experience is filled with lavish locations, beautiful actors, and strenuously appalling storylines.

Anne begins a mysterious, Machiavellian game with emerging entrepreneur Lisa (Jane Levy), who delivers uninspiring pitches to comically patronising clients. But Lisa’s husband Sean (Blake Jenner), often seen with his shirt off, receives an offer from Anne: an investment in Lisa’s company. But there’s one crucial condition: a night alone with Sean. 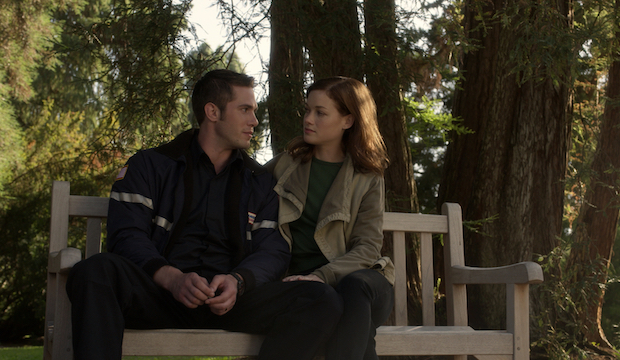 It’s like a gender-swapped version of Indecent Proposal (limply referenced in the show), but with a stupid surprise in every scene. Perhaps that’s part of the terrible genius of What/If, in that it’s hard to predict the next splash of silliness. From overwritten dialogues to slow shadow sex to seemingly extraneous characters, there's something endlessly entertaining about that unpredictability.

That's why Zellweger's lively, ridiculous performance works so well. She's working in the bigness of everything else, as if hyperbole is part of the What/If World. Eventually she grows into an exciting presence on screen, cartoonishly evil but thunderously cool. She's also hilariously hard to predict. Just wait till she pulls out her bow-and-arrow...

But why is What/If so addictive? Could it simply be a case of ‘so-bad-it’s-good’? It’s not possible that creator Mike Kelley thinks it's a genuinely important drama – there’s a kind of self-consciousness. The show knows it’s absurd, and there’s a humour behind that. Otherwise, it’d be far more tedious than it is.

As it stands, one episode is not enough. No matter how awful this series gets, it’s never, ever boring.

What/If is available on Netflix from Friday 24th May