These are the tricks the mind and heart play when something awful happens, or threatens to. It's the internal daemons that haunt us all, and it's these that The Child in Time on BBC One is conjuring up for us this Sunday night.

TRY CULTURE WHISPER
Receive free tickets & insider tips to unlock the best of London — direct to your inbox
This Sunday, Sherlock actor Benedict Cumberbatch produces and stars in the BBC's 90-minute adaptation of Ian McEwan's 1987 novel of the same name.

Ian McEwan's The Child in Time is often heralded as his best work. The novel won the Whitbread Novel Award the year it was published. It tells the story of children’s author Stephen (played by Cumberbatch in the BBC adaptation) and his wife Julie (Kelly Macdonald) who struggle to live with their grief after their young daughter vanishes on a shopping trip.

In part, McEwan's novel is about the fluidity and fallibility of time, and the vulnerability of the mind. The TV film pays homage to the themes of the novel, by slicing the drama up with flashbacks and flash-forwards. The result is a deluge of little scenes, of choppy memory, of horror intercut poignantly with scenes of family bliss. 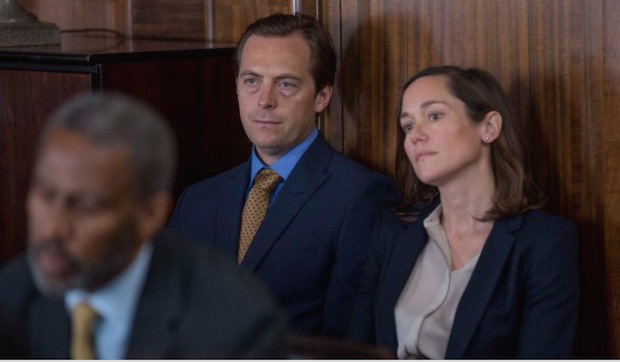 We are obsessed with tales of missing children. In real life, we pore over news stories of Madeleine McCann who, despite going missing in 2007, continues to make headlines. Just recently, Netflix announced that they'll be making a documentary about her disappearance, without her parent's cooperation.

There's been a flurry of dramas about missing children. Don’t Look Now, The Missing and Broadchurch, Stranger Things and the BBC's The Moorside all feature a disappearance and the consequential mental break-down of those who search desperately for the child they love.

Against the odds, The Child in Time manages to be full of loving, hopeful and heart-warming moments, all whilst staring unflinchingly into the dark abyss that is every parent's worst nightmare, a horror powerful enough to send them mad: the disappearance of a child. You're going to need tissues.