TRY CULTURE WHISPER
Receive free tickets & insider tips to unlock the best of London — direct to your inbox
Returning to London from Africa to attend the funeral of his father, with a wallet full of colonial riches, and a mind plagued by unspeakable crimes, James Keziah Delaney – a name soon shortened to 'the devil Delaney' by his enemies – wastes little time in making himself a nuisance to the Empire’s most powerful people.

With Delaney presumed dead, a small patch of land that his father had owned looked set to be bequeathed to the mighty East India Company, who desire it for its strategic importance in the conflict between Britain and the US. When Delaney returns to stake his claim to the land, much to the displeasure of the East India’s wig-wearing, wine-soaked officials, headed by Jonathan Pryce (Game of Thrones, Pirates of the Caribbean) as the hissable Sir Stuart Strange, London becomes a chess board on which a battle of wits between Delaney and the Company plays out.

If you haven’t watched the first series yet, then look away now – we’re about to get into some spoilers.

So, at the end of series one, Delaney and his league of the damned escaped London by ship, which means that the new series will definitely be moving beyond the streets of London. In an interview with the Express, Steven Knight said of series two, ‘We’re heading west literally, geographically, but not as far west as they were hoping and it’s going to involve a period of history that’s pretty much never been dramatically explored.’ We’ll let you riddle that out, but from the way Delaney was speaking at the end of the first series, we think they’re headed for Ponta Delgada in the Azores, to meet an American agent named Colonnade.

For Knight, the BBC drama has always had a three-part structure in his head – the first series being ‘the escape,’ the second ‘the journey,’ and the third ‘the arrival’ – so it looks like we might have just sixteen more hours in Delaney’s world.

Whilst no official release date has been announced, and no trailer released, we can estimate from the scheduling of the first series, that series two may be coming to our screens around January 2019.

The series will continue to be broadcast on BBC One here in the UK, and on FX in the United States. According to the BBC, it was the show’s success on iPlayer that earned the re-commission, as the unusual Saturday night slot, meant viewers flocked to the catch-up service, with the first episode attracting its third largest audience ever.

Sir Ridley Scott, who was an executive producer on the show, thanked the BBC and FX for ‘supporting Taboo at every stage so it could be the dark, dirty brute of a drama that it is.’

Here’s to another series of incomprehensible drama. 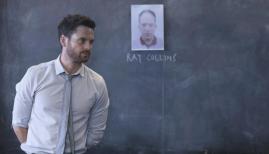 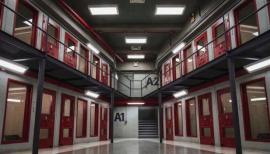 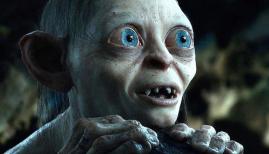 Lord of the Rings TV adaptation comes to Amazon Prime
Sign up to CW’s newsletter
By entering my email I agree to the CultureWhisper Privacy Policy (we won`t share data & you can unsubscribe anytime).
1