In episode 6 of My Brilliant Friend, adapted from the Elena Ferrante novels, Lenù takes her first solo journey away from home to the island of Ischia

Lenù (Margherita Mazzucco) takes a holiday by herself to the nearby island of Ischia. She works for Nella (Nunzia Schiano), who caters for whatever family comes to stay in the holiday home which overlooks the sea. After a time, that family is the Sarratores – including Donato (Emmanuele Valenti), remembered in the neighbourhood for cheating on his wife Lidia (Fabrizia Sacchi).

Arriving later on is Nino (Francesco Serpico) who attends Lenù’s high school, though keeps at a distance. After watching him read and dip in the sea, Lenù's feelings for him start to rise. 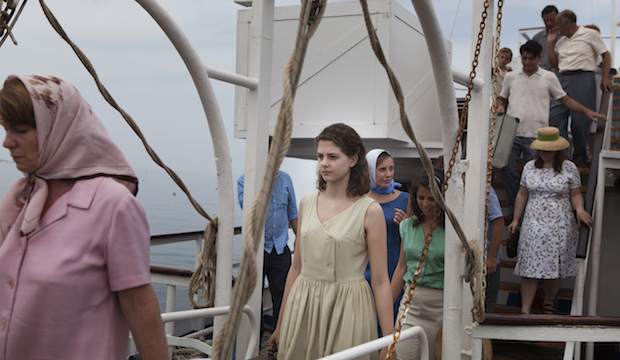 Lenù (Margherita Mazzucco) arrives on the island of Ischia

There are many glorious firsts in this episode and in the absence of the neighbourhood’s violence, Lenù is content. Even the Max Richter's music score changes. She’s finally free, like a soul detaching from its body. She swims in the sea for the first time and the camera flies up to capture the vastness of the world around her, filled with waves of limitless possibility. Then she’s transformed – her pimples disappear and her skin seems always bathed in a warm glow. She’s never been happier.

Nino, also an avid reader, rocks up like a bored beat poet (‘How was the trip?’ ‘Endless…’), baring some similarities with Elio in Call Me By Your Name with his insular and learnèd charm. When he talks at length about Dmitri’s trial in Dostoyevsky’s The Brothers Karamazov, we’re taken in as much as she is. 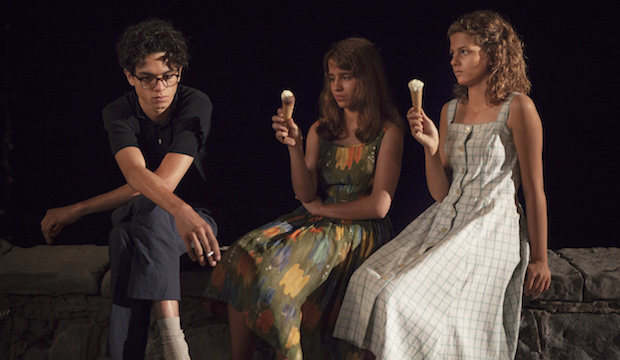 Writers Saverio Constanzo, Francesco Piccolo, and Laura Paolucci understand – more so in The Island than in previous episodes – teenage love in all its weight and absurdity without the slightest drip of condescension. Lenù is hit hard when Nino declines her invitation to walk on the beach under the moonlight, her tears falling in the sand (‘I didn’t understand what I was, who I was’). It’s a special kind of pain, the first of its kind. Constanzo, Piccolo, and Paolucci makes these scenes so genuine that they’re almost nostalgic.

But Lenù comes to realise that the demons aren’t imprisoned in the neighbourhood, which she refers to as a ‘vortex’, they exist everywhere – even on the heavenly island of Ischia. The writers were generous with Lenù, giving her a chance to grow without the horrors of the real world, before the episode harshly returns to Lila (Gaia Girace) and her uncomfortable situation with Marcello Solara (Elvis Esposito). We’re pulled from the golden sands of Ischia to the real dirt of Naples.

But Ischia itself seems to transform in Lenù’s mind – by the end, floating ominously away, looking like Arnold Böcklin’s famous painting Isle of the Dead. Let’s just hope those once-contented memories aren’t tarnished forever. 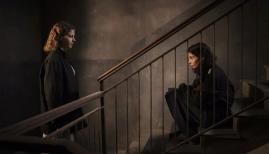 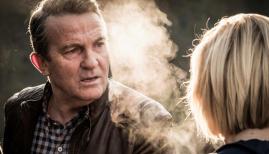