In Line of Duty, John Corbett (Stephen Graham) is under greater pressure and DS Arnott (Martin Compston) isn't making things easy for him

Given the wider implications of John Corbett’s assertions about the true weight of corrupt officers on the force, the AC-12 team is having a crisis of confidence. Who can they trust? As Corbett says in this week’s episode: ‘organised crime depends on bent coppers’. 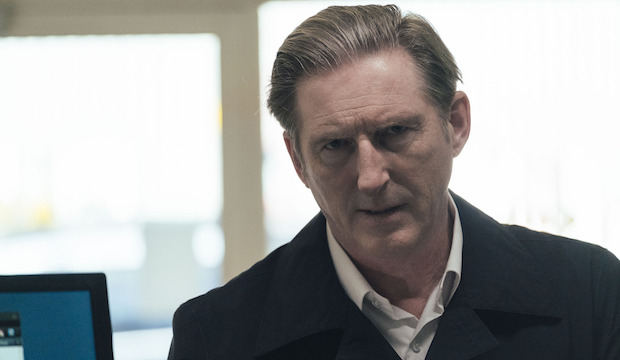 Although there’s plenty of exciting roads to skid through in episode 3, there’s a certain predictability in its structure. Despite standing in dark alleys and empty car parks, the meetings between Corbett (Stephen Graham) and DS Arnott (Martin Compston) have very little subtlety about them. At times they’re like entertaining shouting matches, with Corbett desperate to defend his heinous actions while being the leader of the OCG.

But, as if realising that, writer Jed Mercurio puts a bit of spice in these encounters. The trust between Corbett and Arnott starts to slip as the latter struggles with his loyalties. The choice is: a department that could be corrupt through and through, or an undercover operative who might’ve gone rogue. And that leads the episode into another breathless cliffhanger.

Mercurio provides his textbook twists mixed with an endlessly enticing and realistic examination of the police process. Without giving too much away, one scene is so spread with surprise and action and mystery that it’s worth appreciating purely for the organisation. Director John Strickland ensures every element is accessible, without losing any of the beats in Mercurio's thunderous script. 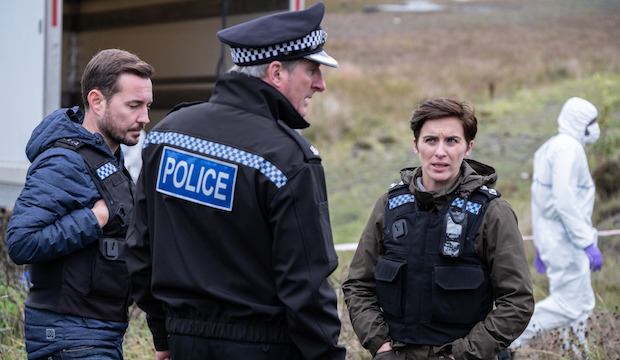 It’s a shame there’s not been any decent interrogations yet (an extremely popular device in Line of Duty), but Mercurio makes amends with his scenes on the ground. It’s on the dark and empty streets where the criminals come out to play, not a grey office table.

There’s no limit to the way Mercurio shakes and tears his devoted viewers, though new audiences will probably feel alienated. There are revelations in episode 3 can only be understood if one is already a Line of Duty fan. Nevertheless, it’s easy enough to follow.

For a high speed, escapist pursuit to excite on a Sunday night, Mercurio is unparallaled. Some of his character work still feels a bit awkward (Arnott making little headway in his romance with another officer) but his plots are never dull or disappointing – they soar like rapid fire.

First look at Emma Corrin as Princess Diana in The Crown 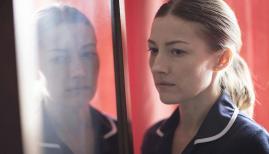