Claire Foy and Paul Bettany star in Sarah Phelps' latest drama, based on the notorious divorce trial of the Duke and Duchess of Argyll in 1963

Dramatisations of true events, aiming to right some historic wrongs, often leave little room for nuance. Possible tics and flaws of characters based on real people are reduced to facts and virtues, which can be tiring to watch. At the start of A Very British Scandal, which grapples with the infamous Argyll vs Argyll case of 1963, writer Sarah Phelps (The Pale Horse, Dublin Murders) grazes the same tedium.

But gradually, the three-part series progresses into a darkly intriguing tale that examines the ruthless, patriarchal attitudes of 20th-century Britain.

Coinciding with the similarly scandalous Profumo affair – covered a couple of Christmases ago by the BBC in The Trial of Christine Keeler – the Argyll divorce trial became notorious. The Duchess of Argyll Margaret Campbell (Claire Foy, as stern as the Queen but without the power) is accused of sleeping with other men while married to Duke Ian Campbell (a venomous Paul Bettany). 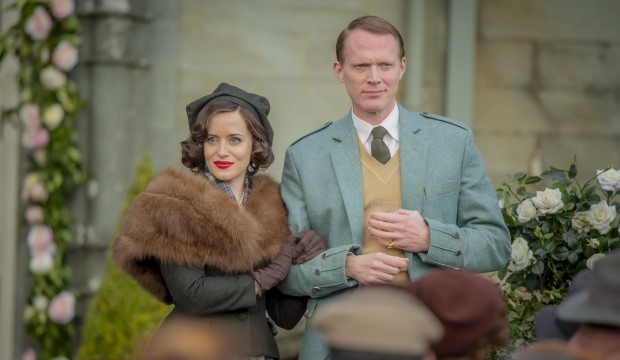 Claire Foy and Paul Bettany as the Duke and Duchess of Argyll. Photo: BBC

In the first episode the Duchess, by today’s standards at least, has very few flaws and very few points of interest. Phelps flashes back to Margaret's life in the late 1940s after her first divorce, moving through a hazy, colourful montage with several sexual partners. It’s clear Margaret likes sex, and she’s very good at it.

The conflict comes from the traditional sexual politics and prejudices around her. The outspoken Maureen Constance Guinness (Julia Davis), a real-life socialite, holds erotically charged parties with toy penises chattering on tables (‘Canopies and c**k, is there anything else?’). But even she compares Margaret’s sexuality to that of a Bonobo.

Once Margaret meets Ian on a train, and he lays on the charm, it's easy to guess where the flirtation will go. They start seeing each other behind Ian's wife’s back, they eventually get married, etc. But as the clichéd opening foreshadows, Margaret soon sees an abusive Hyde behind the affectionate Jekyll (‘Every morning, I wonder which Ian I am going to wake up to’).

The predictability loosens once you wade deeper into the series, the malice accelerating after the first episode. Ian grows more and more sociopathic, wielding such cruelty in his words. Yet he sheds more tears than Margaret, who's as strong as the Scottish castle they call home. Tired of his violence and philandering, the Duchess shows her own duplicitous side – thankfully making her more interesting. 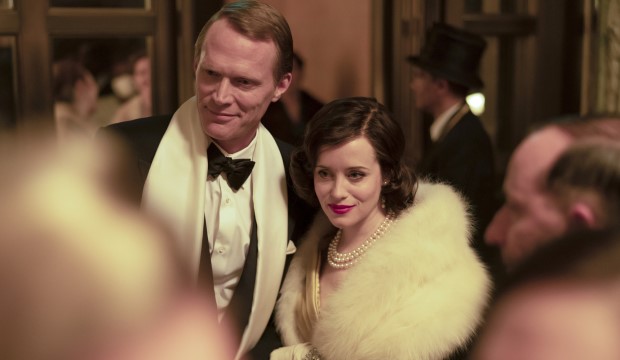 The final episode, in court, is the best of the three. Margaret is buried under the weight of 60s misogyny, yet she's determined to dig herself out. Does she really think she'll succeed? Despite the historically depressing conclusion, the painful effort made is admirable.

Foy and Bettany are the series' strongest assets. They have remarkably complex and aggressive chemistry, intimate yet fearfully distant. The ending throws up the question of whether there was any love at all between the Duke and the Duchess, and those performances make you believe that something resembling love exists between them.

Although Phelps curiously examines the stages leading to the trial, her writing is quick and thin – formulaically going through the motions, prioritising function over entertainment. The dialogue wields nothing to puncture the screen, and the idiosyncrasies are scarce. It’s important to tell Margaret Campbell's story, but the series' unsurprising developments impede a livelier pulse.

A Very British Scandal airs on Sunday 26 December at 9pm on BBC One. 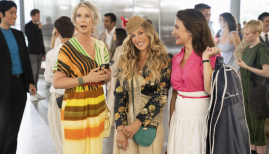