With The Pale Horse, Sarah Phelps completes her Agatha Christie telly quintet (preceded by The ABC Murders) with a very strange mystery indeed

The Pale Horse, BBC One, episode 1 review 3 The Pale Horse, BBC One, episode 1 review Euan Franklin
England’s pagan past, and its implementation in the present, is a favourite subject for folk horror movies – just look at The Wicker Man. TV writer Sarah Phelps (The ABC Murders) appears to love the genre, as her hit horror-detective series Dublin Murders showed last year. Now she returns to that very local, very communal creepiness in The Pale Horse, her latest and (reportedly) final Agatha Christie adaptation.

One of Christie’s stranger novels, this story bursts with witches, prophecies and unnerving rituals within the tiny village of Much Deeping, in 1961. 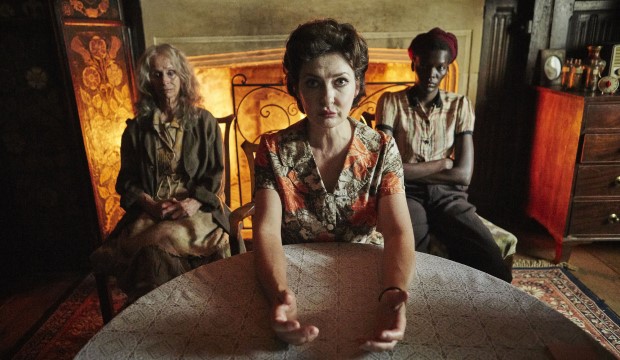 In Much Deeping, there be witches

To her credit, Phelps isn’t content with a bog-standard, comfy-telly version of Christie’s works (to the anger of some) – she loves to lash the classics with sex and blood and overall darkness. These are required for period dramas to stay current, especially those that have been adapted countless times, and they’re all the better for it.

But, similar to Dublin Murders, The Pale Horse’s approach to the horror-detective arena wields very few scares or surprises; falling into a slow and unsubtle predictability that makes the darkness something to sleep through without nightmares.

In Macbethian fashion, the series kicks off with three witches (but are they?) telling a woman’s future in a small cottage in Much Deeping. This woman is the ill-fated Delphine (Georgina Campbell), married to the London antiques dealer Mark Easterbrook (Rufus Sewell). It’s not long before Delphine kicks the bucket, and her widowed husband marries again a year later – this time to the poised and subservient Hermia (Kaya Scodelario).

Hermia’s the understated hero, the one who bears everything and shows nothing. Her stiff face obscures the psychological meltdown burrowing underneath. She’s much more interesting than her husband, who’s the detestable protagonist of this tale as he sneaks off to a seedy Soho and sleeps with another woman. 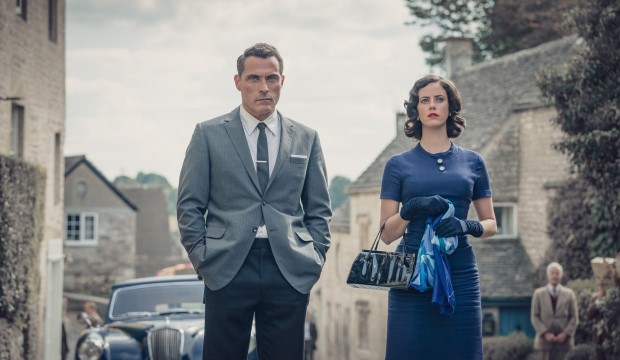 In a strange collection of murderous circumstances, Mark’s name is revealed on a long list found in a dead woman’s shoe. Inspector Lejeune (a gruff and underused Sean Pertwee) takes on the case, but the focus is on Mark as he goes on his own secret investigation. He realises that Much Deeping connects the names on the list, and he knows that Delphine visited the village shortly before she died.

The village bears some resemblance to the ominously isolated and dreadfully local Royston Vasey in the dark comedy series The League of Gentlemen, only with none of the humour. There are a few creepy moments – Mark’s unsettling nightmares, the aggressive masks of a pagan fair, the haunted stares of the three witches – but none tear your nerves to shreds.

Mark himself proves an intriguing but difficult figure, bearing a guilty conscience but not much in the way of regret – no doubt this’ll be examined in next week’s concluding episode. But it’s hard to consider he’ll endure anything too shocking; hopefully, that won’t be the case. Although Phelps jolts some contemporary maturity into Agatha Christie, the lying, the adultery, and even the neo-paganism, turn tediously familiar. 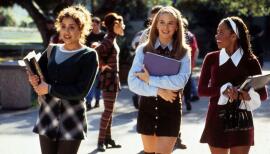 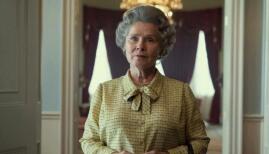 Imelda Staunton is Queen Elizabeth in The Crown season 5