The Levelling is a restrained and accomplished debut. We ask the filmmakers how they managed it 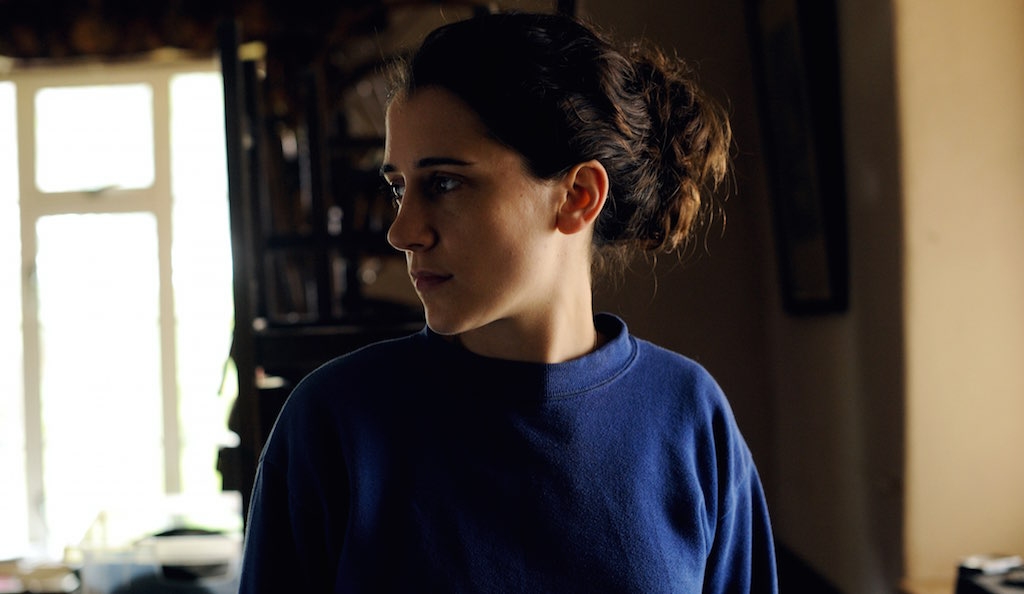 Ellie Kendrick, The Levelling
We are sitting in what can best be described as a very large cupboard. Stacked tables, chairs, and retired movie posters occupy the majority of the space. It has been painted entirely black. It is probably one of the least thrilling dark rooms in Picturehouse Central, or the West End for that matter. In the background can be heard the muffled booms of trailers for explosive blockbuster action-thrillers playing on loop. ‘Oh, this is exciting. This is my soundtrack,’ jokes Hope Dickson Leach.

In fact, for her latest film, The Levelling, which simmers with repressed unspoken emotions always threatening to erupt, these distant rumblings seem quite fitting. As does our drab location which seems in keeping with her bleak, anti-impressionistic shots of the farmlands of southwest England – specifically the Somerset Levels, where the film is set. Drawing upon French and Belgian cinema – ‘I looked at the works of Bruno Dumont and the Dardenne brothers’ – as an influence, as well as the ‘minimalism' of Kelly Reichardt (Certain Women), the film presents a raw unflattering view of the countryside. It might surprise those viewers fed on an diet of period dramas, or urbanites who are used to seeing such social realism closer to home. Dickson Leach counts herself as one the latter: brought up in Hong Kong, she studied in New York and currently lives in Edinburgh.

‘My relationship with nature isn’t like you see in films which is all beautiful and gorgeous and people making love in the grass,’ she explains. ‘I love it, but it’s a much more primal space, and much more visceral. There is mud, there is dirt, there is life, there is death.’

Well, certainly all the above (and a lot of the latter) feature heavily in the film which centres on a young vet, Clover (Ellie Kendrick) who returns home after her brother’s sudden death. Once back home, she finds herself tending to her grief, her strained relationship with her father (David Troughton), and the farm. The film swells with cattle and local wildlife. Kendrick, despite the classic unwritten rule regarding children and animals – and having to get to grips, quite literally, with the cows that she was ‘scared of before making this film’ and is ‘still a little bit scared of’ – remains very enthusiastic about her bestial co-stars. 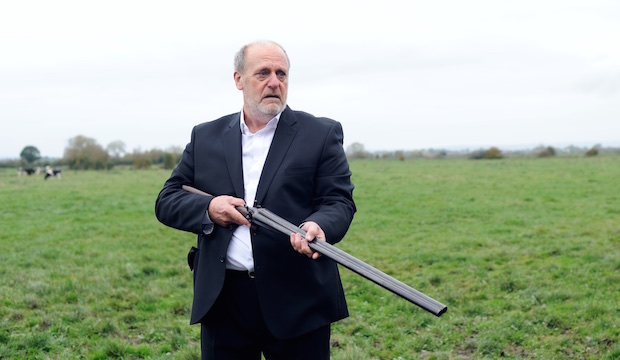 ‘I think it was really important in this film to have as much nature as possible, from the murmurations of the birds to Milo the dog’ – a Somerset local, apparently – ‘and, of course, the beautiful hares’. These hares, shown bounding across the flats, swimming, or just posing, often take centre stage in brief interludes that punctuate the central story. ‘They are some of my favourite sequences of the film, possibly because I’m not in them and I don’t have to look at my own mug,’ she jests, before adding more seriously: ‘I think whenever you see nature or animals onscreen, it can really elevate a human story into something almost mythical.’

Definitely, there is something cosmic being said about the complexity of family relationships and the emotional refuse dredged up by the process of mourning. And there is undoubtedly something Lear-like about the character David Troughton, no stranger to Shakespearean roles. But is it possible that, in oscillating between Clover’s story and the surrounding natural world, the film suggests a balancing or ‘levelling’ between the animal and the human?

‘I think possibly, not consciously,’ Dickson Leach replies plainly, ‘but certainly the animals are part of the force of nature – they continue, they thrive, they last, they go, they go… We just think the world revolves around us. But in fact, we’re gone and the trees carry on.’ This impression of the resilience of nature was reinforced by the director’s visits to Somerset, after the 2014 floods devastated many people’s livelihoods in the region. 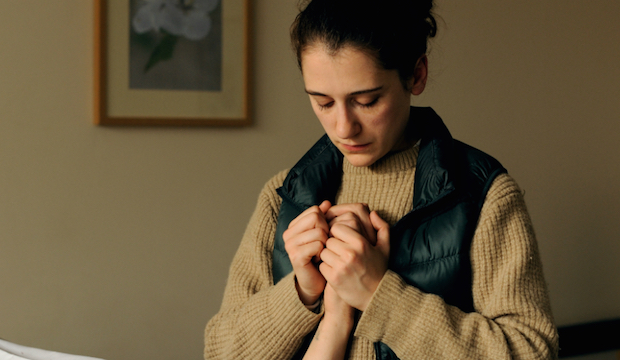 She remembers: ‘The first time I went down and talked to some of the farmers, they were telling me about the death of all the wildlife, how there were owls falling out of the sky because they were starving – all the small animals had drowned – and it was so post-apocalyptic. But then six months later you go back and it’s all back again. There’s something really extraordinary about that kind of rebirth because, whereas our lives are so finite and so defined by our own experiences and the choices we’ve made, nature doesn’t care and it just comes back.’ It all adds up to a very urgent message for these times in which natural disasters are becoming commonplace. ‘I think reminding ourselves of these greater expanses is important.’

This is the first time Dickson Leach has really had the chance to explore those greater expanses in the space of a feature-length film. Although the experience of scaling up her work has been ‘brilliant’, she often had to remind herself to relish the opportunity. ‘I’ve been trying to get a feature done for a while. When I got on the set, if there was anything that ever went wrong, I would sit there and I’d go ‘Stop it! Stop complaining! You’ve been fighting so hard to do this for so long. Just do it…and love it!’’

The film was made possible through the iFeatures program, run jointly by the BBC, BFI and Creative England, which awarded her funding off the back of a string of well-received shorts—one of which, Silly Girl, was co-written by Kendrick. However, while the funding was the gift she had been waiting for, the budget was still fairly modest and forced her to shelve some potentially more elaborate (read: expensive) scripts. Ultimately, though, she believes ‘this was a brilliant project for me to just go back to basics and kind of think, OK, what do I really love and think is important about cinema?’ 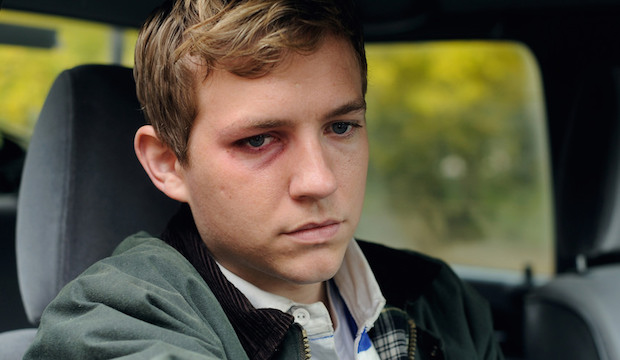 The Levelling is also something of a milestone for Kendrick, for whom this is her first lead role in a film. Although this step up has meant a climb down from bigger productions such as 2009’s An Education and the mega-budget Game of Thrones (in which she plays Meera Reed), it seems she also enjoyed the chance to get back to basics and reengage with her craft.

She explains: ‘When you’re in almost every scene, you get to work so much more intensely than you often do on things like Game of Thrones, where you go in one day a week and then maybe you’ll do a couple of weeks in Belfast, and the filming is much more piecemeal. So the chance to really get stuck in with this film and roll my sleeves up and spend every minute of every day in the shoes or wellies of this character was a real privilege.’

It is probably not everyone’s idea of privilege, but there is a rare refreshing charm to all this down-to-earthiness, especially during the blockbuster season. There is an unpretentious about The Levelling and the team behind it which confirms once again that, sometimes, less is more – even though that can feel hard to believe when the bright lights of Theatreland sparkle outside, and you're tucked away in a cupboard.