Cannes 2017 is where the world's acting titans engage in gladiatorial combat before a jeering audience of their peers. Absolutely true 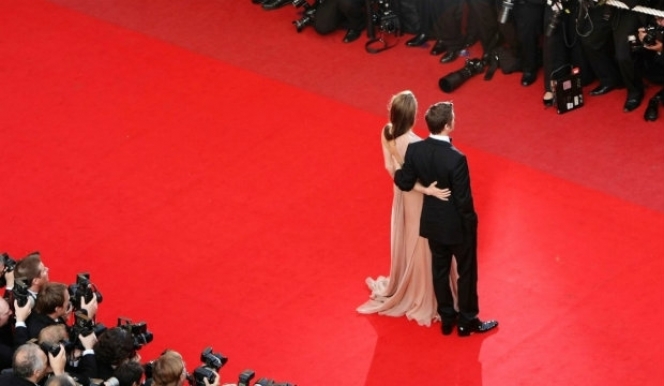 The best performances at Cannes 2017 – our predictions
Yesterday, Cannes was still wrapped in plastic.

When you walked around the Palais des Festival, you found balconies swaddled in transparent wrap and posters still masked by peel-offable sheeting. Everything had that ‘freshly unboxed iPhone’ feel despite also being patently unfinished. The red carpets were still incredibly red, satisfyingly, and they even seemed to be dusted with gold – but that’s because the brass piping around the edge had just been filed down, and no one had vacuumed up the shavings. Still, glitter is glitter.

TRY CULTURE WHISPER
Receive free tickets & insider tips to unlock the best of London — direct to your inbox
But now it’s ready. The town is a sandy terrarium ready for the beasts of the film industry (the alphas and betas, the scavengers, the apex predators) to settle into and acclimatise. Already there have been sightings. We’re gripping our binoculars tightly, hoping that something exotic will lumber over to the tour bus and knock its forehead against the protective mesh. Actors are reportedly more scared of us than we are of them, but Marion Cotillard is prone to bite fingers off and there have been several near-fatalities involving Joaquin Phoenix. We’ve been warned.

While we still might approach Tilda Swinton for a selfie after three piña coladas, the real place to see these magnificent creatures is in their natural habitat: onscreen. Here are the performances we’re most looking forward to.

Pattinson is in interesting fella. As an actor, he shares a peculiar quality with his fellow Twilight co-star and ex-girlfriend Kristen Stewart: both R-Patz and K-Stew – nicknames stick, guys, get over it – can be intriguing and intense, but it’s often hard to work out if they’re actually good. There’s something uncanny and diffracted about their performances that’s either stylised and wooden, or unsettlingly hyper-real in comparison to the too-perfect emoting of their contemporaries. Pattinson’s role in thriller Good Time should shed a little more light on this phenomenon.

We’re including Moore in this list because, c’mon – Julianne Moore. But also because she plays an actress in her new role, and the last time Moore played an actress was in David Cronenberg’s Maps to the Stars. That performance was pretty darned indelible, and we think that Todd Haynes – who coaxed a Best Actress award from Rooney Mara at Cannes in 2015 – will let her shine in Wonderstruck.

Oh god. Are you ready for this? Are you ready for Isabelle Huppert to star in a Michael Haneke film? It might well be a performance of such withering ferociousness that it scorches the moisture from your face and the joy from your soul, leaving you looking like… well, like Michael Haneke. Or perhaps Huppert’s recent film Elle has been misleading, and Happy End will be showcase a bubblier, friendlier side to the actress, finally netting her that Teen Choice award she’s always coveted?

Ben Stiller in The Meyerowitz Stories (New and Selected)

Some directors find their muse early on. Jeff Nichols, for instance, cast Michael Shannon in his debut and never looked back. Owen Wilson has starred in almost every single Wes Anderson film, as well as co-writing at least three, and it’s clear that the two have chemistry. But Anderson’s friend and contemporary Noah Baumbach didn’t cast Ben Stiller until Greenberg. It might not have been the most auspicious-seeming start to their relationship – Stiller played a character so unlikeable that cinema-goers reportedly demanded refunds – but it showcased Stiller’s ‘serious drama’ credentials better than anything else, and the two went on to make the brilliant While We’re Young. The Meyerowitz Stories should be a further step forwards in their fruitful relationship.

Nicole Kidman in everything